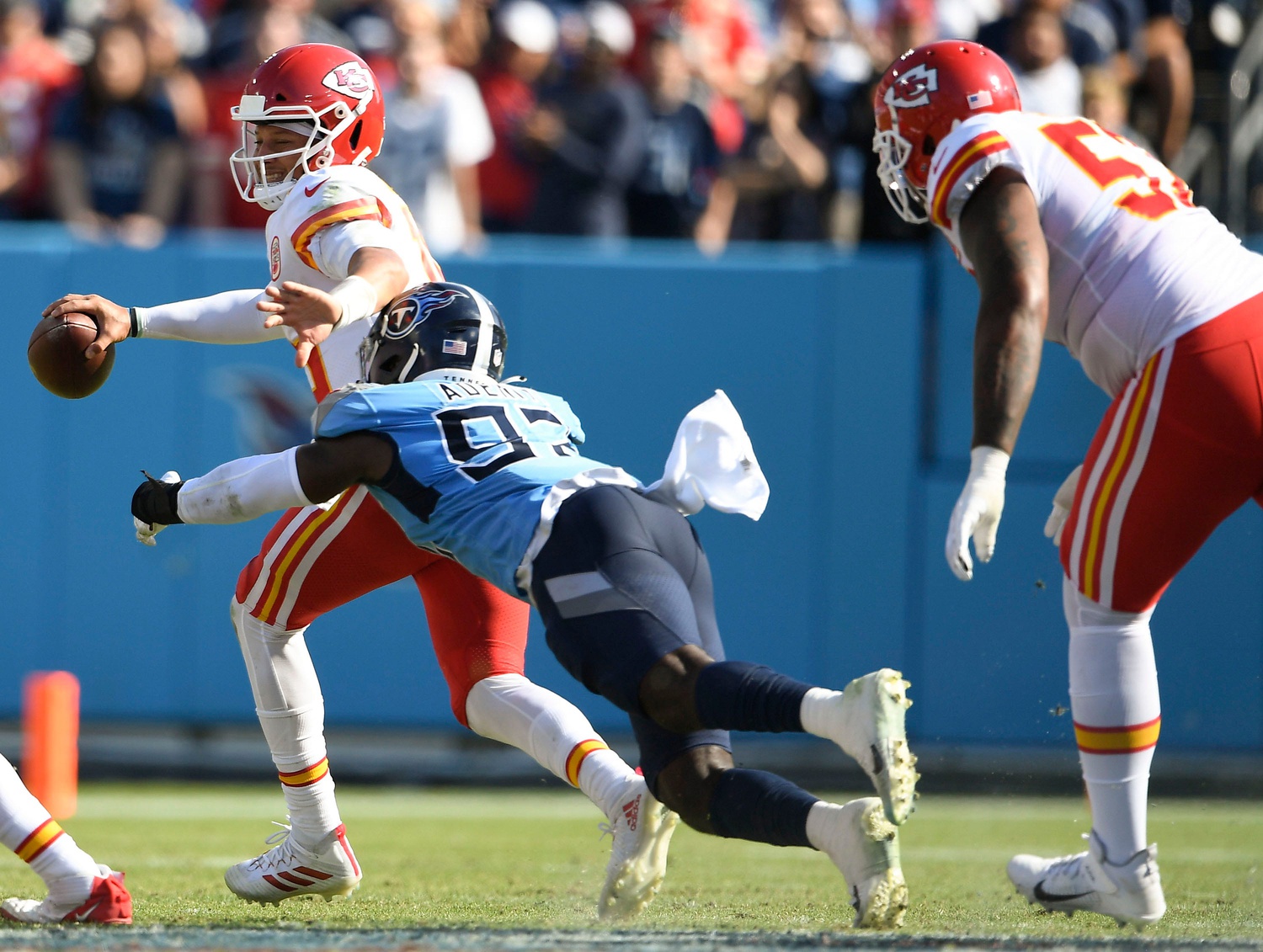 The Tennessee Titans visit the Kansas City Chiefs on Sunday Night Football on NBC. The Titans are 5-2 SU and 5-2 ATS, while the Chiefs are 5-2 SU and 3-4 ATS. Both teams are leading their divisions, as the Titans are atop the AFC South, while the Chiefs lead the AFC West. Despite the fact that Tennessee is the hottest team in the AFC, having won five straight games, the Titans are double-digit road underdogs on Sunday night. The Chiefs have a potent offense led by Patrick Mahomes and head coach Andy Reid’s teams have done well coming off a bye, so bettors are backing Kansas City. Let’s look at Sunday Night Football picks.

The Titans are getting absolutely no respect from the oddsmakers, as they are a big road underdog in this game. Tennessee isn’t flashy but they find ways to win games. The Titans rely heavily on running back Derrick Henry and a defense that is solid. The Titans did not have starting quarterback Ryan Tannehill last week, but Tannehill has returned to practice in a limited way this week. He told reporters that he is hoping to return this week from the ankle injury that kept him out of last week’s game. Rookie Malik Willis started last week’s game for the Titans and didn’t do much, but Henry ran for over 200 yards in the win over the Texans.

The Chiefs are all about offense, as they lead the league in points per game at 31.9 and they are 2nd in total yards at 403.3. The defense for Kansas City has struggled for the most part as they are just 23rd in fewest points allowed at 24.6 and they are 26th in total yards allowed at 369 per game. The good news for the Chiefs is that they are 3rd in the NFL against the run, giving up just 92 yards per game. Clyde Edwards-Helaire leads the team in rushing with 288 yards, Mahomes has thrown for 2,159 yards, while Travis Kelce leads the team with 553 receiving yards.

The line on this game has been moving toward the Chiefs since it opened. The NFL odds opened at 10.5 for this game and money has moved the line up to Kansas City a 12-point choice. There has been slight movement on the total from the opening NFL odds of 46.5 to the current 46.

The Chiefs are 7-1 SU and 5-3 ATS in their last eight games coming off their bye week.

I absolutely despise going with the public in NFL games and the public is all over the Chiefs in this game. The problem I have with taking Tennessee is that they simply aren’t as good as their record. They have a great running back in Henry but the Chiefs are very good against the run. Tannehill isn’t that good when healthy and right now he has an ankle injury and Willis doesn’t seem ready for the NFL yet. This is a bad matchup for the Titans so I would lean toward the Chiefs, but as I said earlier, I don’t like going with the public. I’ll instead look for a lower scoring game and take the under.