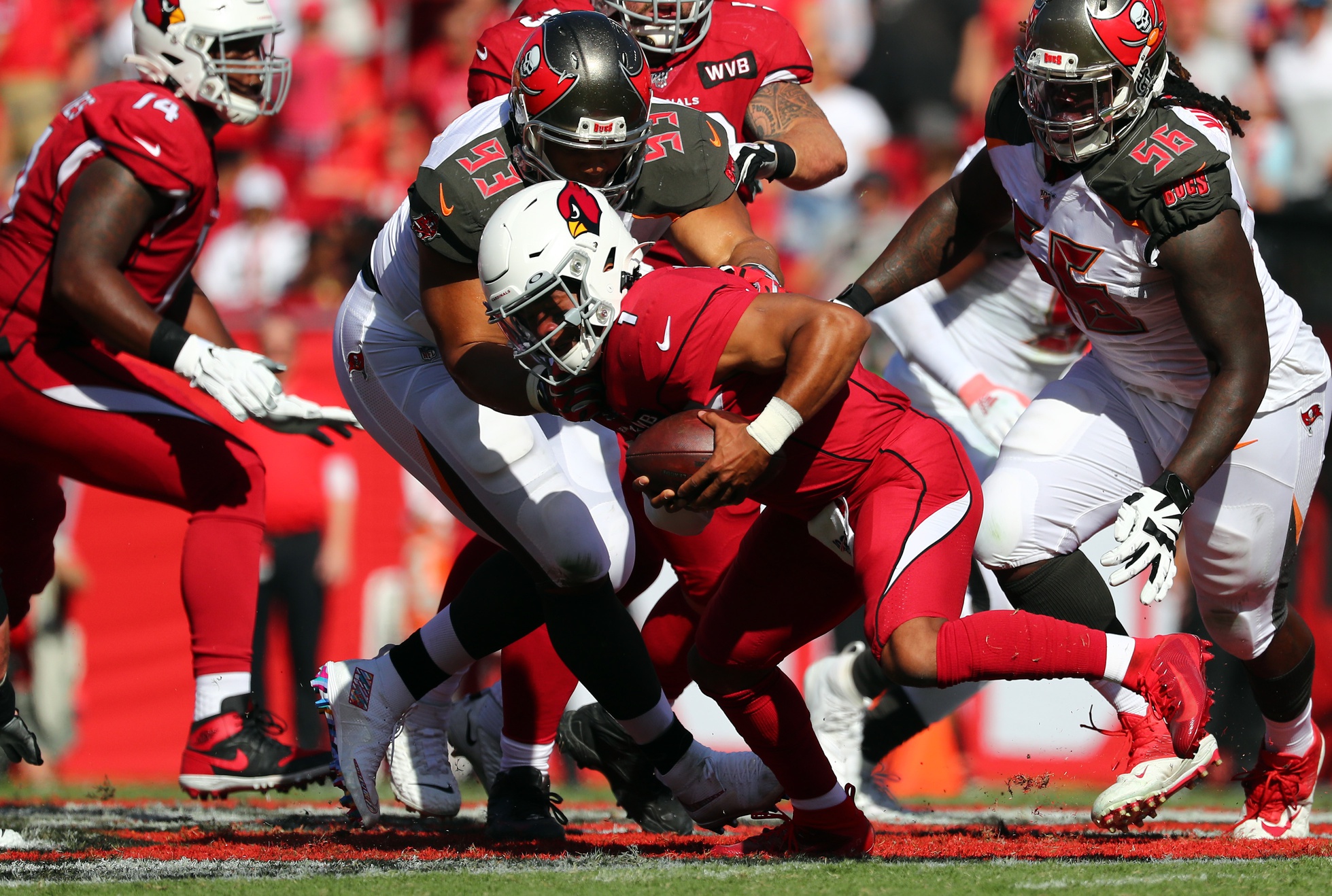 The Tampa Bay Buccaneers visit the Arizona Cardinals on Sunday Night Football on NBC. The Bucs come into this game at 6-8 SU and 3-10-1 ATS with four of their games going over the total and 10 going under, while the Cardinals are 4-10 SU and 6-8 ATS with eight games going over the total and six going under. This is a big game for Tampa Bay, as they are one game in front of the rest of the teams in the NFC South. The Bucs should be able to win this game against an Arizona team that is down to their third-string quarterback, but Tampa has been hard to trust all season, as they are poorly coached and make too many mistakes. The Bucs are listed as a 6.5-point favorite at BetRivers with the total listed at 41. Let’s look at Sunday Night Football picks.

The Bucs are putting up only 17.6 points per game and that is 28th in the NFL. They are really struggling to run the ball, as they rank last in the NFL in rushing yards per game. That has put tremendous pressure on Tom Brady to deliver and while Brady has played okay, he makes more mistakes than he did in the past. The Bucs are giving up 20.6 points per game which is 10th in the league. Leonard Fournette leads the team in rushing yards with 568, Brady has thrown for 3,897 yards, while Mike Evans leads the team in receiving with 888 yards.

The Cardinals are averaging 20.9 points per game and putting up just 327.1 yards per contest. They are giving up 26.6 points per game which is last in the NFL. James Connor leads the team in rushing yards with 624, Kyler Murray has thrown for 2,368 yards, while DeAndre Hopkins has 713 receiving yards.

The Cardinals need McSorley to make good decisions this week. “Avoid the negative plays,” Arizona head coach Kliff Kingsbury said to the media, “If he can get some reps throughout the week if he ends up being the starter, I think it will help. We’ve just got to stay away from the turnovers and first- and second-down sacks. If we can stay on schedule, particularly against this Tampa front, it will help our chances.” Arizona has had 10 different starting combinations on the offensive line this season, so it has been tough for whoever is under center for the Cardinals.

The line on this game has been moving toward Tampa Bay all week. The Bucs opened a four-point favorite but when it was announced that Colt McCoy wouldn’t play and Trace McSorley would get the start, the line moved toward Tampa. The total has moved down about a point and a half.

The Bucs are still in control of the NFC South even though they have a losing record. Tampa Bay still has Brady under center and he has shown flashes of his greatness at times this season. The problem for the Bucs is that Brady has also showed his age and made mistakes and it hasn’t helped that his offensive line simply can’t open holes for the running backs. Any team that is one dimensional is going to be easier to stop and the Bucs have had to throw far too often this season. On the other side, the Cardinals are a mess and it now looks like McSorley will start at quarterback this week. He doesn’t figure to have much success against a very good Tampa defense. It is always risky to lay points with this Tampa team, but the Bucs do look like the right side in this contest.