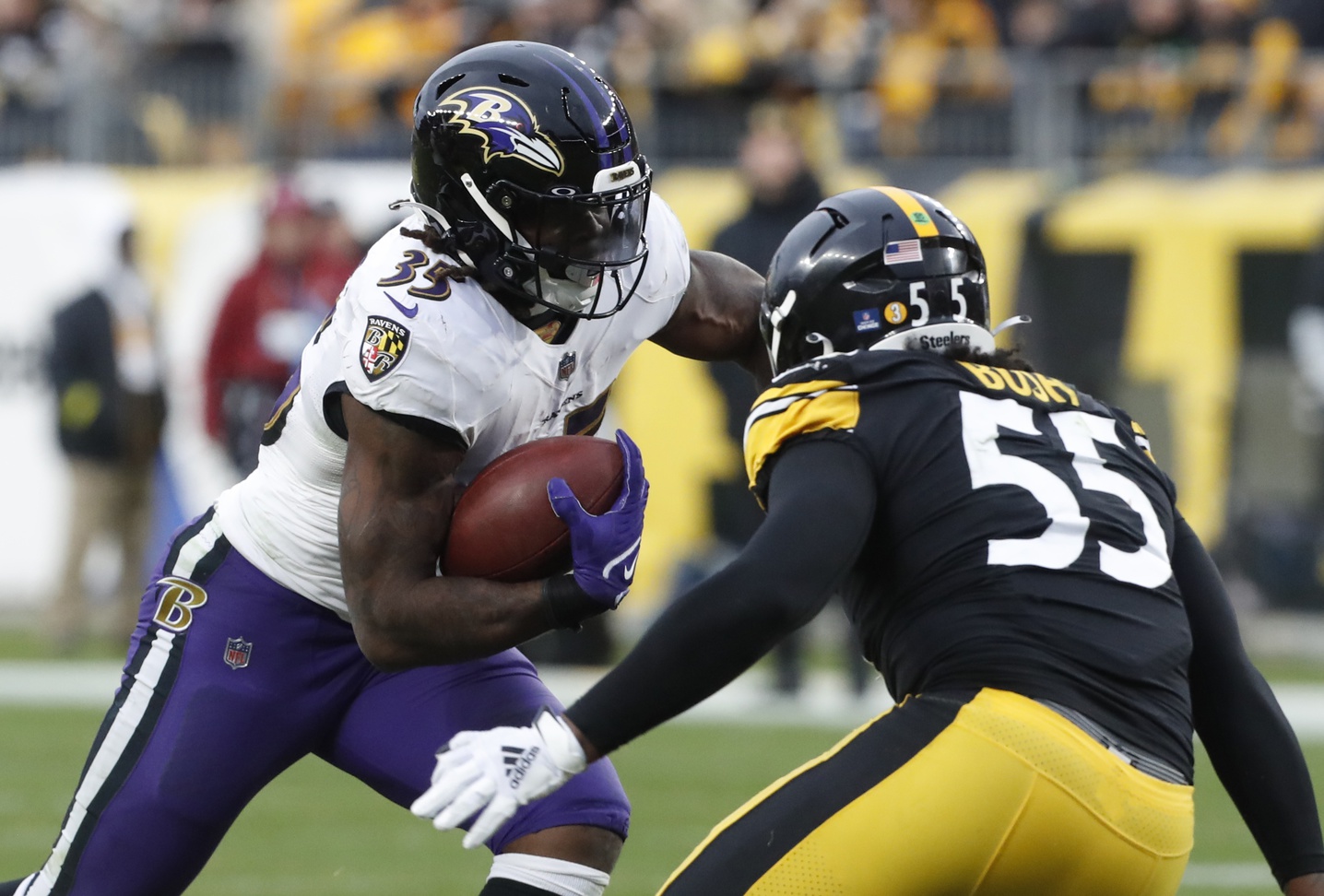 The Pittsburgh Steelers visit the Baltimore Ravens on Sunday Night Football on NBC. The Steelers are 7-8 SU and 8-6-1 ATS with six games going over the total and nine going under, while the Ravens are 10-5 SU and 6-8-1 ATS with four games going over the total and 11 going under. The Ravens are trying to stay in contention to win the AFC North, as they are one game behind Cincinnati and the teams meet next week. On the other side, the Steelers are technically still alive for a Wild Card spot but realistically they are only playing to avoid finishing with a losing record for the first time under head coach Mike Tomlin. The question in this game is whether or not Baltimore quarterback Lamar Jackson will play. Oddsmakers don’t think so, as the Ravens are listed as just a 3-point home favorite at BetRivers with the total listed at 36. Let’s look at Sunday Night Football picks.

The Steelers are averaging just 17.6 points per game which is near the bottom of the league and they are putting up just 320 yards per contest. The defense has started to wear down and they are allowing 21.3 points per game and giving up 338 yards per contest. Najee Harris leads the team in rushing with 843 yards; Kenny Pickett has thrown for 2,041 yards, while Diontae Johnson has 809 receiving yards.

The Ravens are averaging 21.4 points per game and putting up 342.3 yards per contest. Baltimore has the 3rd-ranked defense in the league, as they are giving up just 18.1 points per game and allowing only 327 yards per contest. Lamar Jackson leads the team in rushing with 764 yards and he has thrown for 2,242 yards. Mark Andrews leads the team in receiving with 747 yards.

The line on this game has moved toward Pittsburgh and to the under since it opened. Sportsbooks opened this game up with the Ravens listed as a 3.5 or 4-point favorite and the total was at least 36.5 or 37. Oddsmakers had a tough job, as the status of Lamar Jackson wasn’t known. Most people don’t believe Jackson is going to play which is why the line has moved toward the Steelers and toward the under.

There is no question we have to make this pick assuming that Jackson will not play. The Ravens without Jackson have been awful on offense, as they rank 30th in points in the last three games with just 12 points per game. They are next to last in the league in passing and last week they ran the ball on 63% of their plays. We know that the Steelers are going to stack the line against the run, but it won’t matter, as the Ravens are still going to run the ball, as they don’t trust Tyler Huntley to throw it. I dislike going with the public but I can’t make a case for taking Baltimore if Jackson doesn’t play and I also can’t see many points being scored.