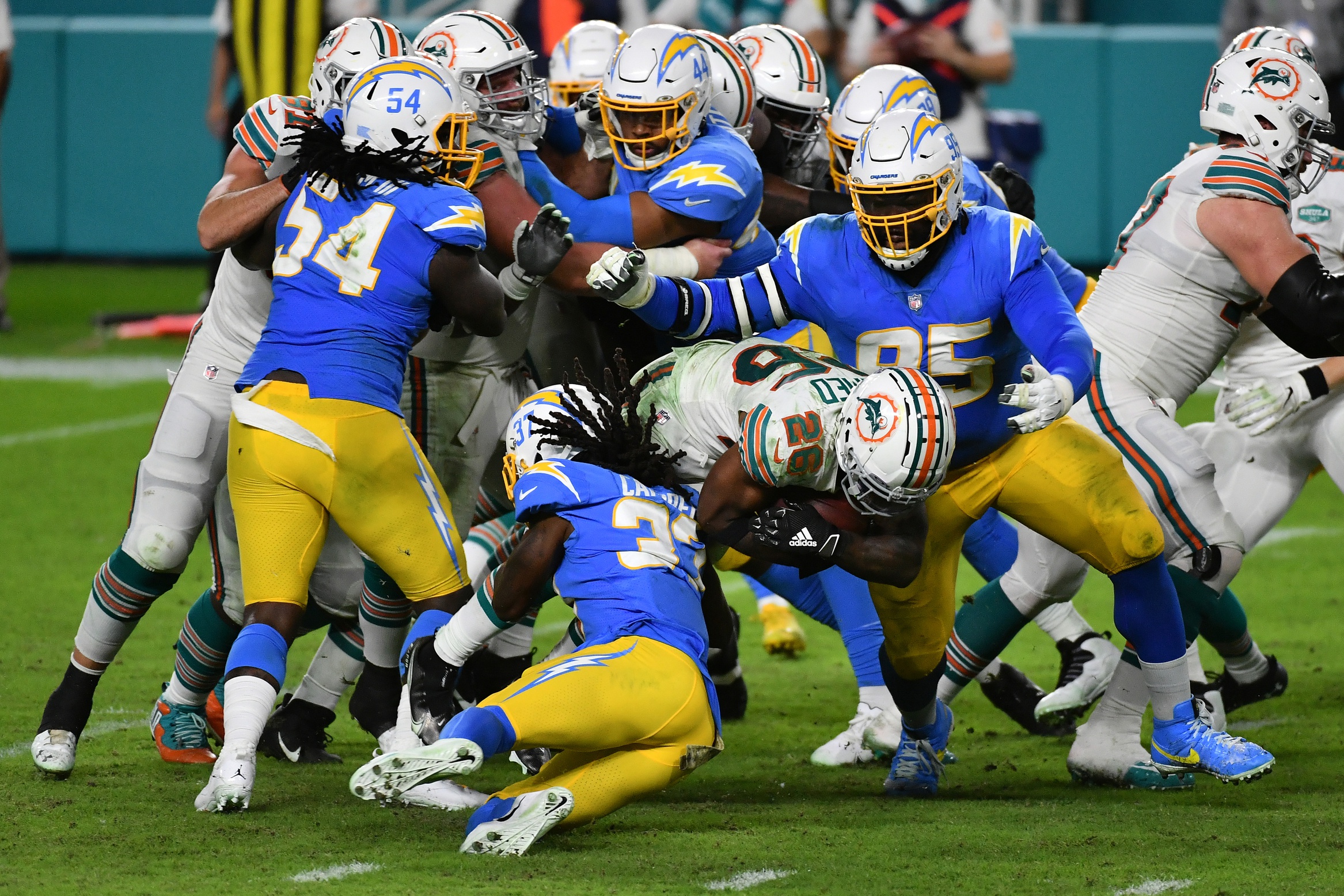 If the Los Angeles Chargers are going to make the postseason, they need to start beating teams with a winning record. They are 0-4 against teams with a winning record so far this season, but they will host two straight teams that are over .500 the next two weeks. We will see the Chargers take on the Miami Dolphins on Sunday Night Football this week, and they are a field goal underdog by the NFL betting odds.

Initially, we were supposed to see the Kansas City Chiefs face the Denver Broncos on Sunday Night Football in Week 14, but that game was flexed out of primetime due to Denver’s poor play. Instead, the Miami Dolphins will face the Los Angeles Chargers on Sunday, December 11, 2022, at 8:20 p.m. ET on NBC from SoFi Stadium in Inglewood, California.

The biggest storyline coming into this game is the 2020 NFL Draft. Tua Tagovailoa was selected with the No. 5 pick and Justin Herbert was taken with the No. 6 pick, and that has been constantly highlighted over the last few years. Herbert was a much better quarterback than Tagovailoa through their first two seasons in the league, but Tagovailoa has taken his game to another level this season.

Tagovailoa is completing 68.1% of his passes for 2,859 yards (9.0 YPA) with 21 touchdowns and five interceptions. This is the most explosive passing game in the NFL as Tyreek Hill and Jaylen Waddle are both having monster seasons. Hill leads the league with 96 receptions and 1,379 receiving yards, while Waddle is averaging 17.1 YPR and is 28 yards of 1,000 yards on the season. Unfortunately, Hill is considered questionable to play after sitting out of practice with an illness on Thursday.

Mike McDaniel came from San Francisco, so he puts a priority on running the football. Miami didn’t have much success running the ball with either Chase Edmonds or Myles Gaskin, but they have been able to move the chains with former 49ers Raheem Mostert and Jeff Wilson Jr. Mostert is averaging 4.6 YPC and Wilson is averaging 5.3 YPC in this scheme, and that has kept defenses from just sitting back.

Mostert and Wilson could have their best performances yet as the Los Angeles Chargers have the worst run defense in the NFL. They are allowing 5.4 YPC, and they have four different defensive linemen on injured reserve. Sebastian Joseph-Day is questionable to play, and Joey Bosa is still out. Additionally, standout safety Derwin James is questionable because of a quad issue.

Herbert is completing 66.7% of his passes for 3,339 yards (6.5 YPA) with 20 touchdowns and seven interceptions. His numbers don’t look that impressive at first glance, but he is playing very well considering the Chargers have one of the three worst ground games in the NFL. Additionally, Mike Williams and Keenan Allen have missed a combined 11 games, so he hasn’t had his top two receivers for much of the year.

Allen and Williams are both expected to play this week, and that’s huge for the Chargers. They have only been on the field together for a couple games this season. However, this team will be one-dimensional once more as starting offensive linemen Corey Linsley, Zion Johnson, and Trey Pipkins III are all questionable. Austin Ekeler probably won’t have much success on the ground, but he has been targeted a whopping 104 times as a receiver and has 85 receptions for 564 yards and five touchdowns.

Miami’s pass defense has improved considerably from the start of the season. This was a bottom five unit for much of the year, but the Dolphins have finally gotten better even though Byron Jones is still sidelined due to injury. Additionally, this run defense has been above average even though Bradley Chubb hasn’t made too much of a difference since being acquired before the trade deadline.

The Miami Dolphins should be able to bounce back from last week’s loss with a win over the Los Angeles Chargers on Sunday Night Football, but the best bet by the football betting line could be the Over given the quarterbacks and receivers involved in this game.