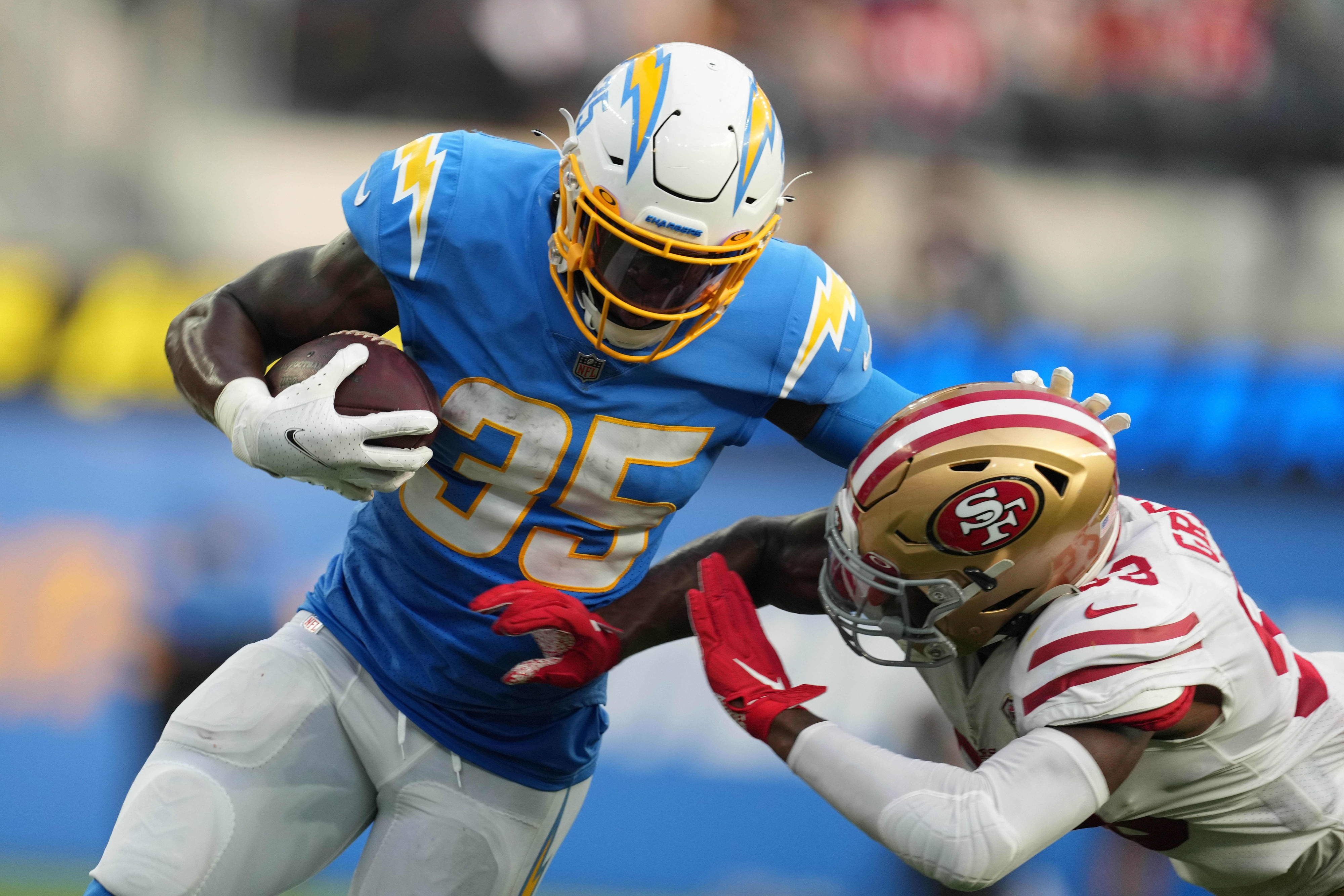 The Los Angeles Chargers visit the San Francisco 49ers on Sunday Night Football on NBC. The Chargers are 5-3 SU and 5-3 ATS, while the 49ers are 4-4 SU and 4-4 ATS. Both teams are in second place in their divisions, as the Chargers trail the Chiefs in the AFC West, while the 49ers are behind the Seahawks in the NFC West. The Chargers are not getting much respect from the oddsmakers, as they are listed as a 7-point underdog in this contest. Bettors have been backing the Chargers and the game to go under the total. The total on the game at BetRivers is listed at 45.5 Let’s look at Sunday Night Football picks.

The Chargers are averaging 23 points per game which is 13th in the NFL and they are averaging 364.3 yards per contest. The problem for the Chargers is a defense that is giving up 25.8 points per contest. They are allowing 352.3 yards per game. Austin Ekeler leads the team with 427 rushing yards, Justin Herbert has thrown for 2,254 yards, while Mike Williams leads the team with 495 receiving yards.

The 49ers are averaging 22 points per game which is just 19th in the league and they are averaging 356.6 yards per contest. They are giving up just 18.4 points per game which is 6th in the league and they lead the league in fewest yards allowed at 285.9 yards per contest. Jeff Wilson Jr., who is now with Miami, still leads the team in rushing with 468 yards; Jimmy Garoppolo has thrown for 1,691 yards, while Brandon Aiyuk leads the team with 483 receiving yards.

The line on this game has been moving toward the 49ers and the total has been moving toward the under. Some sportsbooks opened this line in advance of last week’s action as low as 4.5. Most books waited until Sunday and they opened the 49ers as a 6.5-point favorite. That number is now at 7. The total has continued to drop from an opening number of 46.5.

This series has been one of streaks, as the Chargers have won the last five games against the 49ers and they are 4-1 ATS. Before their current five-game winning streak, it was the Chargers who had lost six straight games in the series. Seven of the last ten in the series have gone over the total.

If you are thinking of taking the 49ers in this game you should be aware that they are just 2-8 SU and 2-8 ATS in the week after their bye.

We got a nice win last week with the Titans and Chiefs going under the total. This week’s game is a tough one. The public is all over the 49ers in this game and that fact alone has me considering the Chargers. The problem I have with taking the Chargers is their defense, which is awful. How is Los Angeles going to contain the 49ers offense? I just can’t see the Los Angeles defense making consistent stops. If the public wasn’t taking San Francisco, I would consider the 49ers, but I don’t like going with the public and I don’t like that trend listed above that showed San Francisco struggling after their bye week. The total has moved a full point lower and I understand that people believe in the San Francisco defense, but I think the Chargers will be able to move the ball and score points. I’ll go against the grain a little bit in this game and take the total to go over the total.