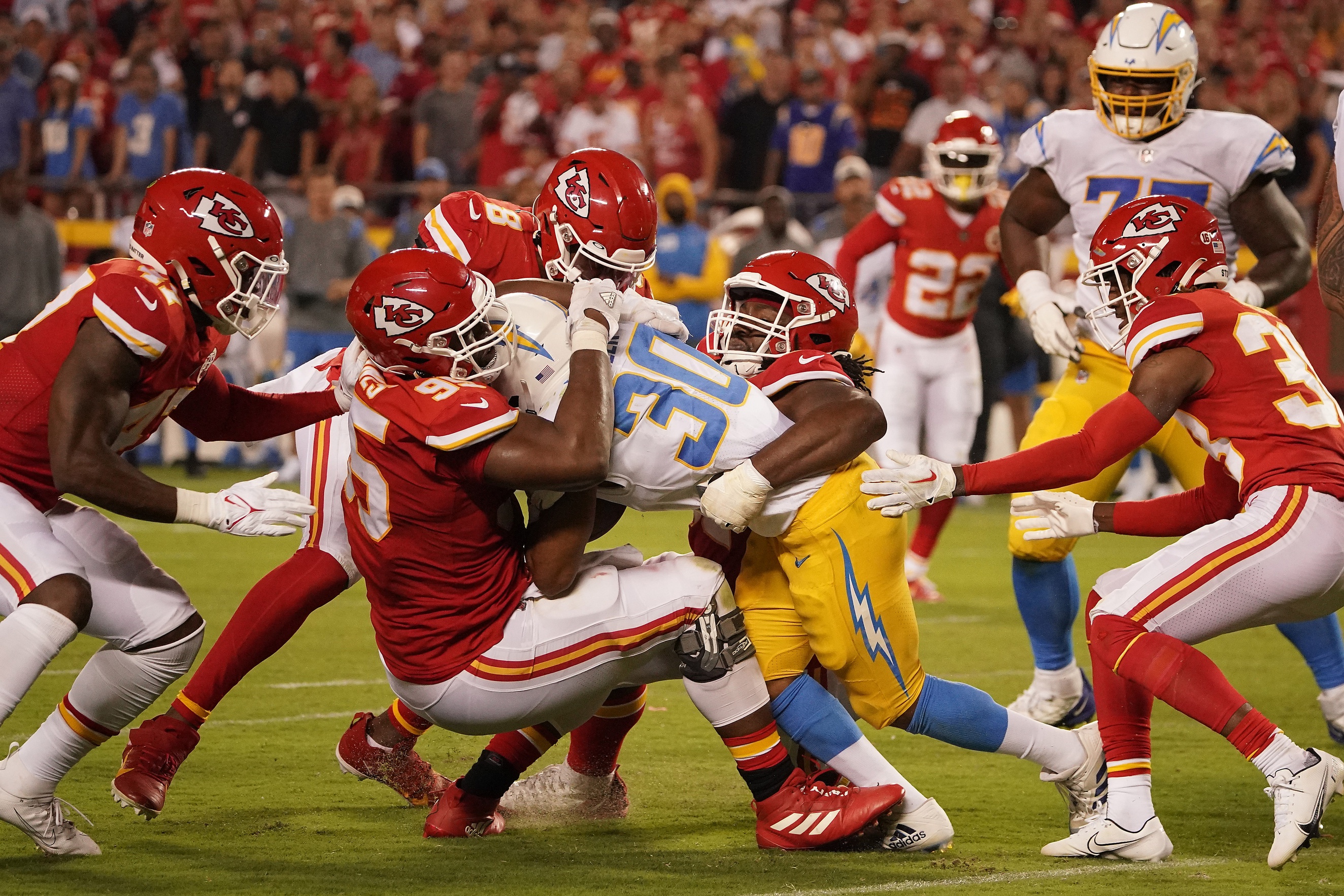 The Chargers are averaging 22.2 points per game, which is 16th in the NFL and they are averaging 350.2 yards per contest. The problem for the Chargers is a defense that is giving up 25.3 points per contest. They are allowing 356.1 yards per game. Austin Ekeler leads the team with 451 rushing yards, Justin Herbert has thrown for 2,450 yards, while Mike Williams leads the team with 495 receiving yards.

Kansas City has won seven of the last ten meetings against the Chargers but they are just 5-5 ATS in those games. The teams met earlier this season in Kansas City and the Chiefs pulled out a 27-24 win but they failed to cover the spread. Five of the last ten meetings have gone over the total and five have gone under. The Chiefs have owned this series on the road of late, winning each of the last eight meetings and they are 8-2 ATS in the last ten road games against the Chargers. Five of those games went over the total and five went under.

The line on this game opened with the Chiefs listed as a 7-point favorite and the wise guys have grabbed the points. Whether that is a smart move or not is debatable, as the Chargers have major injury problems and it figures to be hard for the Chargers defense to contain Kansas City’s offense.

The Chiefs have the superior offense, while neither defense is anything special. The Chargers simply couldn’t make enough plays last week to stop San Francisco’s offense and Kansas City’s offense is even better. The difference this week is that Kansas City’s defense isn’t any good. The Chiefs have not been a good team to be on this season even though they have won seven games. I don’t know that I want to lay a TD on the road, but I don’t trust the Chargers enough to take them because of all of their injuries. One thing that should happen in this game is a lot of scoring. Neither of these defenses figures to contain the opposing offense, so I will go over the total.

Check out the latest NFL betting odds at BetRivers