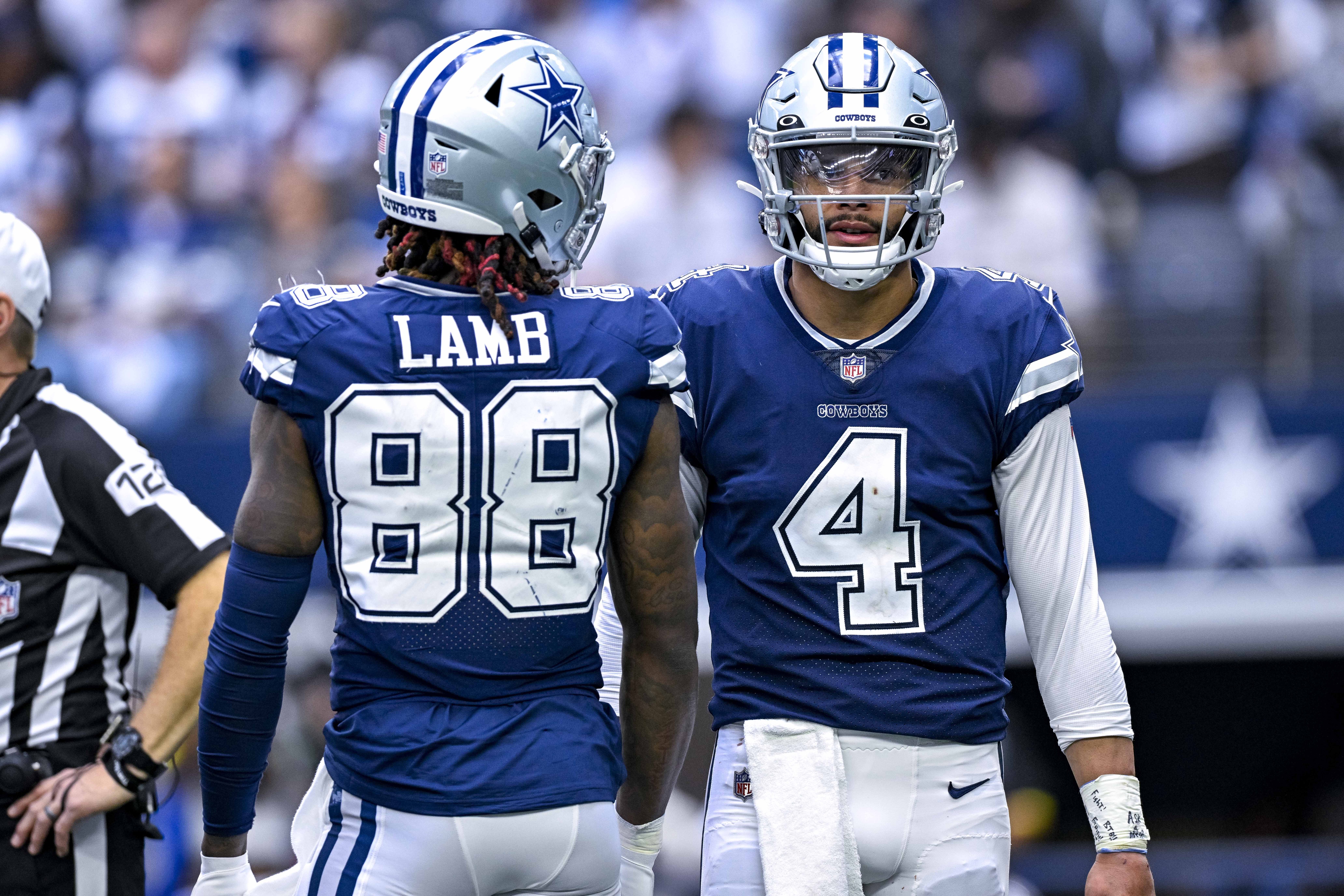 The Dallas Cowboys are looking to keep within striking distance of the NFC leading Philadelphia Eagles prior to their rematch on Christmas Eve. Dallas has won four of its last five games after falling to Philly in the City of Brotherly Love in mid-October, and the Cowboys are 5-1 at home this season. They are the biggest favorite in Week 13, as the NFL betting odds have the Cowboys favored to defeat the Indianapolis Colts by double digits on Sunday Night Football.

On Sunday, December 4, 2022, the Dallas Cowboys will play host to the Indianapolis Colts at AT&T Stadium in Arlington, Texas for Sunday Night Football. Kickoff is scheduled for 8:20 p.m. ET on NBC.

This will be the Colts’ last game before their bye week. Indianapolis is currently sitting at 4-7-1 and is three games behind division leading Tennessee with five games left to play. Their NFL playoff odds are slim as they have already lost both their games to the Titans, so they need to win their last five games and get some help in order to make the postseason.

Indianapolis hoped to finally fix its quarterback issues this offseason with the acquisition of Matt Ryan, but the offense is even worse this season than it was under Carson Wentz in 2021. The Colts rank 30th in scoring offense (15.8 PPG) and 26th in total offense (318.8 YPG) at this point in the season. It’s not all Ryan’s fault as the highest-paid offensive line in the league has turned into a mediocre unit, but Ryan has been far from great.

Ryan is completing 68.8% of his passes for 2,642 yards (6.8 YPA) with 11 touchdowns and 10 interceptions. Michael Pittman Jr. has been the top target in the passing game with 74 receptions for 739 yards and two touchdowns, while the other two options have been Parris Campbell and Alec Pierce.

The Colts ran the ball better than almost any other team in the league last year. Jonathan Taylor was the NFL’s leading rusher with 1,811 yards and 18 touchdowns while averaging 5.5 YPC, and another strong season was expected of him in 2022. However, Taylor has only run for 779 yards and four touchdowns while averaging 4.6 YPC this season. Additionally, the offensive line has allowed a whopping 43 sacks.

That’s not a good sign prior to a showdown with the Dallas Cowboys. Dallas has the most sacks in the league, getting to the quarterback 45 times in 11 games to this point. Micah Parsons is favored to be named NFL Defensive Player of the Year by the NFL futures odds, and DeMarcus Lawrence, Dorance Armstrong, and Dante Fowler Jr. each have at least five sacks too. Dallas ranks second in scoring defense (17.0 PPG) and fifth in yards per play (4.9 YPP).

Dak Prescott is having a fine season under center for the Cowboys. Prescott missed several games due to a broken thumb, but he has shaken off the rust. CeeDee Lamb has been one of the top receivers in the NFC with 64 receptions for 857 yards and five touchdowns, but Dallas has to have another player emerge in the passing game. That’s why we’ve seen the team openly flirt with free agent Odell Beckham Jr. in recent weeks.

Dallas’ offensive line has been excellent this season. First-round pick Tyler Smith has done an excellent job in place of All-Pro Tyron Smith in his first year. The latter Smith is expected to return from injury soon, and that will give this unit a big boost. The Cowboys have allowed just 14 sacks in 11 games in 2022.

This ground game is one of the best in the league. Tony Pollard has outshone Ezekiel Elliott with 761 yards (5.6 YPC) and six touchdowns, but Elliott has been a better red zone back due to his ability to run between the tackles.

Dallas should have little trouble against Indianapolis on Sunday night, and the final score could get out of hand if the Cowboys take an early double-digit lead. The Cowboys’ defense is designed to play from ahead, while the Colts are not equipped to try and make up large deficits.