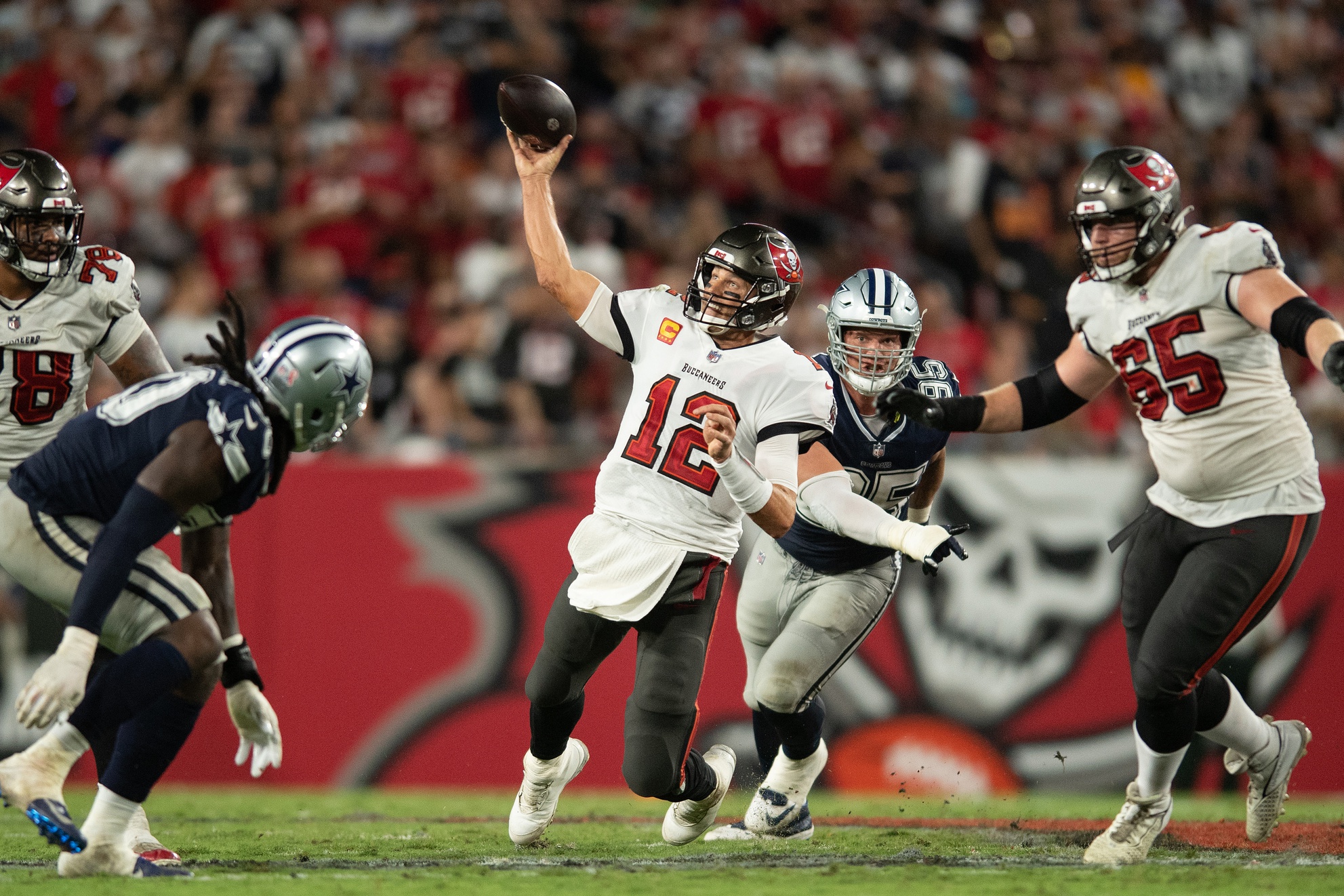 The Sunday slate of action will close with one of the more exciting season-opening matchups on the schedule. The Dallas Cowboys will host Tampa Bay in Jerry World in a battle between two of the NFL’s top passers.

Tom Brady is a known commodity, having notched seven Super Bowl rings and a handful of league MVPs. He led the Bucs to a title in 2020 before falling just short in the NFC Championship Game last season.

Brady will be back under center with yet another loaded offensive unit in Tampa.

Dak Prescott, meanwhile, is coming off of the most productive season of his career. The gunslinger threw for just under 4,500 yards while racking up a career-high 37 touchdown passes. This is just a year after suffering a season-ending ankle injury in 2020. Prescott will see playmakers around him with stars like Ezekiel Elliott and CeeDee Lamb returning in Dallas.

Last year’s meeting between these two squads ended in an exciting 31-29 Buccaneers win. The Cowboys will be looking for revenge in this year’s season opener.

BetMaker previews the upcoming matchup and gives a prediction for the Week 1 outcome.

Tampa Bay will return a loaded roster, particularly on the offensive side of the ball. Tom Brady should be in for yet another big year despite having just turned 45 years old. Lining up with Brady in the backfield will be running back Leonard Fournette, while Mike Evans and Chris Godwin will man the wideout positions.

Tampa Bay also brought in veteran Julio Jones as another pass-catching threat over the offseason as they look to improve on a season where they finished second in the NFL in scoring.

The Cowboys were the only team to outscore the Bucs, averaging more than 31 points per outing. Prescott, Elliott, Lamb, and more should be able to replicate their production, although the wide receiving corps will be without Amari Cooper. Still, Dallas’s offensive group makes them the most dangerous team in the NFC East, and they’ll certainly have a shot at pulling the upset the Sunday.

On defense, both teams return top 10 units, both of which allowed around 21 points per game last season. While the strengths of those teams come back, we’re leaning towards a higher-scoring shootout similar to what we saw in Tampa last year.

The Cowboys will enter this matchup as home favorites, with the line sitting at +2.5. The Bucs have certainly earned the respect, but they weren’t able to cover this total last season at home against this very same team.

Dallas was the very best team in the NFL last year, going 13-5 ATS, though that number fell to just 5-4 when playing at home. The Bucs were 10-9 ATS, but just 3-6 away from Raymond James Stadium. They were considered favorites in all nine of those road matchups.

The favorite has won each of the last three head-to-head matchups dating back to 2016, though the underdog has covered in each. It may also be worth noting that the home team has won the last five meetings, and none have been decided by more than a touchdown.

The under has cashed in five of the last six head-to-head meetings, though last year’s 60-point outburst ended what was a five-game under streak. Each of the last three games has reached at least 46 points.

Tom Brady had a busy offseason, missing much of the preseason with personal matters. This coming after retiring, then un-retiring over the summer. Distractions aside, head coach Todd Bowles says Brady is “all-in” for the 2022 campaign.

The Cowboys will be without a pair of pass catchers in this matchup. Michael Gallup is out with a knee injury, though he should return later in the year. Newly acquired James Washington has been put on Injured Reserve with a foot injury.

While the numbers seem to point towards a Dallas cover, it’s just hard to go against Tom Brady with the line still under three points. Dallas will be missing a few playmakers at receiver, and while Brady has had some off-the-field distractions, he’ll be locked in for the opener.

Despite playing on the road, we’ll back the Bucs to cover the -2.5 point spread.