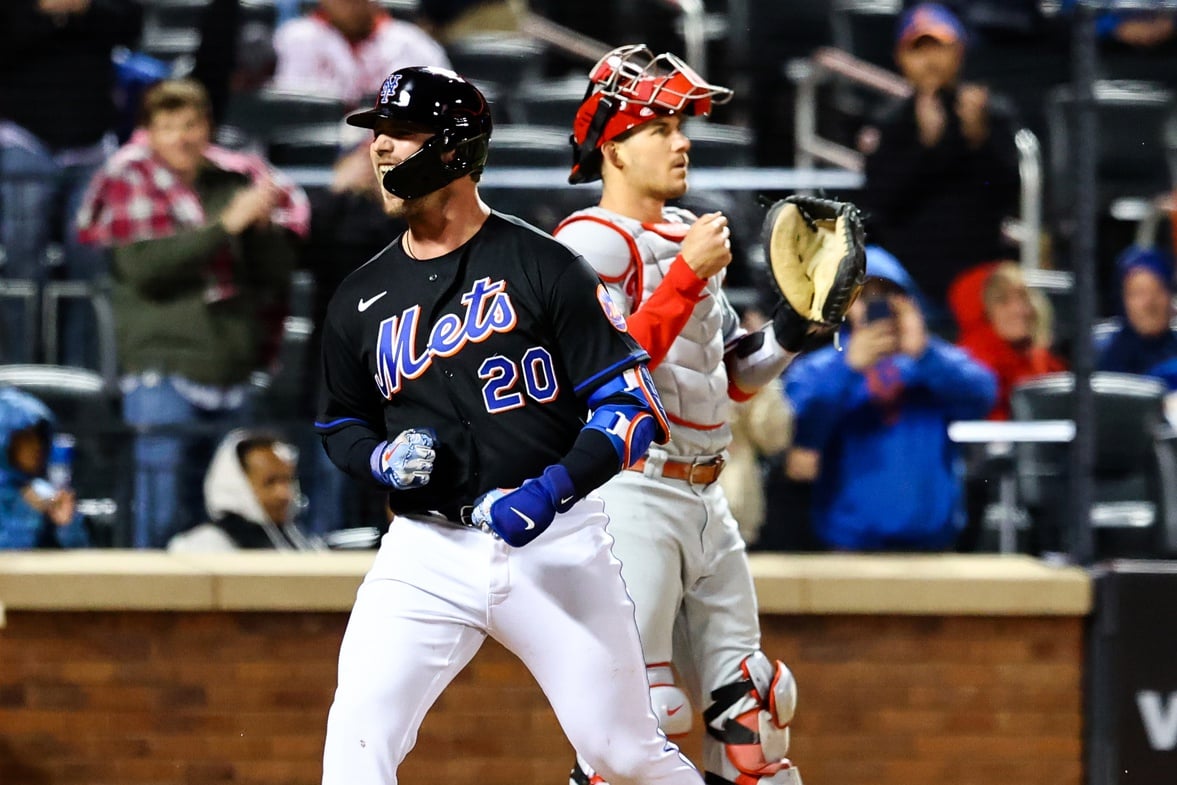 With that in mind, Caesars Sportsbook is sweetening the pot for all sports gamblers, both new and existing. Caesars is doing its part to make this the greatest spring and summer in online sports betting history.

Once your account is all set and you’ve used the bonus code, make a deposit and place your first bet. While the offer is good for up to $1,100, the size of the bet is up to you. If your bet loses, Caesars will refund the entire amount in the form of a free bet to use in the sportsbook. You can’t lose!

The Phillies, on the other hand, have struggled on the bump. The team ranks 23rd in the majors with a 4.03 ERA and a .249 opposing batting average. Still, they’ve been able to get swings and misses from their foes, ranking fourth in the MLB in Ks.

At the plate, Philadelphia has been much better. Led by MVP candidate Bryce Harper, the team boasts top five marks in batting average, slugging, total bases, and hits. Harper is hitting .318 with an MLB-leading 17 doubles to go along with 10 homers and 31 runs batted in.

With the back of the starting rotation in line to appear on the rubber, we could see some fireworks between two high-powered offenses.

Right hander Kyle Gibson is set to make the start for the Phillies on Sunday night, looking to build upon a productive start to the season. In nine starts, Gibson has posted a 3-2 record with a 3.94 ERA. He’s struck out 45 batters while holding opponents to a .257 average.

While he’s been great at home, posting a 3-1 mark with a miniscule 2.22 ERA, his performance on the road has left something to be desired. In five appearances, he’s 0-1 with an ERA of 5.70. His command has been off when outside the friendly confines of Citizens Bank Park, as he’s walked 12 hitters in 23.2 innings.

Compounding things, he’s pitched much worse in night games thus far. In those six contests, Gibson is just 1-1 with a 5.22 ERA. Sunday’s matchup will be on the road under the lights. That’s been a bad combination for the righty this year.

The Mets have not named a starter for the matchup, though it is worth noting that David Peterson got the call in the rotation last time around. If the 6-foot-6 lefty does go, he’ll bring perfect 2-0 record to the bump. Having him on the mound could help offset the threat of facing Bryce Harper at the dish.

If he lands the start, the Mets should be in good hands.

We’re thinking this one will be a bit higher scoring. Though the lines have yet to be set, we see the runs adding up on the scoreboard for both teams as the offenses tee off against the back ends of the rotation. New York, despite not having named a starter, is the more talented team. They have more firepower on both sides of play and should be able to run through their NL East foe.

Look for the Mets to gain another leg up in the division race as they take down the Phillies on Sunday. Do you think New York will blow past Philadelphia? Place your bets at Sugar House Sportsbook now.

The Pick: New York Mets ML; Over the run total