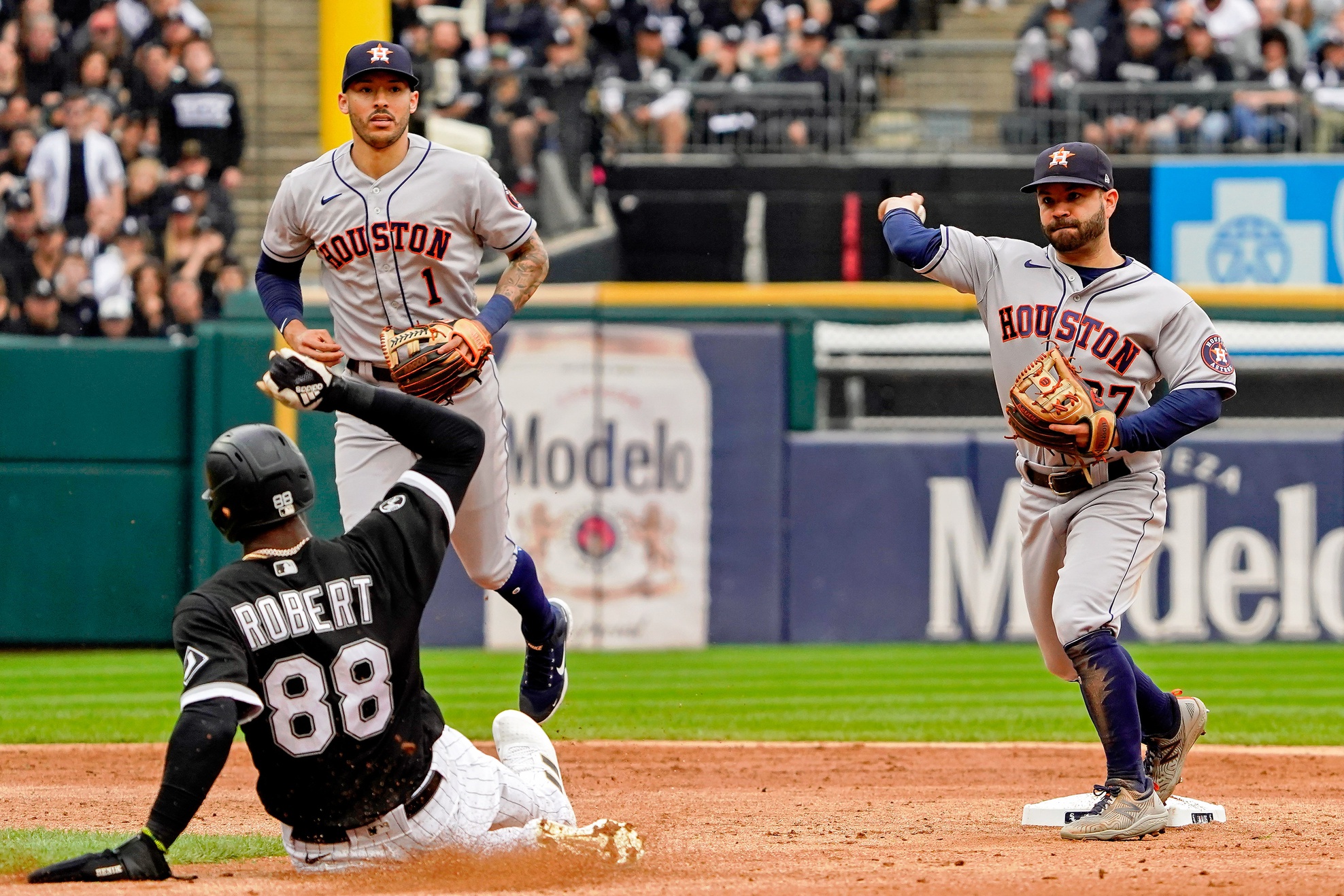 The White Sox travel to Houston this weekend as they take on the AL West leading Astros in a three-game set. Houston has picked up right where they left off in 2021 after representing the American League in the World Series. Meanwhile, Chicago is struggling a bit, putting their streak of two straight playoff appearances in jeopardy.

Houston sits 9.5 games up in the division at the time of this writing with a 39-24 overall record. They boast one of the MLB’s top pitching rotations, ranking top five in the league in both ERA and quality starts. They’ve also got a little pop, evidenced by their 80 home runs on the season, which ranks second in the American League behind only the Yankees. The Astros are a dangerous team that definitely looks like a championship contender in 2022.

As for the White Sox, they’ve hoovered right around the .500 mark, currently sitting at 30-31. That’s good for third in the AL Central, five games behind the division-leading Minnesota Twins. While the Sox boast top 10 MLB rankings in both hits and average, they’ve struggled to convert that into runs as they rank 23rd in homers and 26th in runs batted in. On the mound, they’ve been mediocre. The staff ERA ranks 21st in the majors at 4.02, though closer Liam Hendricks has been impressive with 16 saves.

Which of these American League foes will come out on top this weekend? Bookmaker takes a look at the upcoming matchup and gives its pick for Sunday Night Baseball.

The White Sox have not set a pitcher for Sunday’s contest. We could see right-hander Michael Kopesh, who’s listed as day-to-day after exiting last Sunday’s start against the Texas Rangers early with a knee injury. Kopech has been fun to watch this year, posting a 2-2 record and 1.92 ERA in 11 starts.

If Kopech is unable to go, we could see Lance Lynn get bumped up a spot in the rotation after pitching just 4.1 innings in a win over the Tigers this past Monday. Lynn has struggled a bit, posting a 6.23 ERA in his lone appearance.

Javier has been solid for the Astros this year, going 3-3 with a 3.20 ERA in eight starts. He’s struck out 63 hitters in just 50.2 innings of work, showing off his electric stuff on the mound. Javier’s also been in control on the rubber, surrendering 19 walks over that time. He’s on pace to have the best season of his young career.

Javier has been dominant at home, too, posting an ERA below 2.00 in four starts. He’s gone 2-2 in that time while allowing opposing batters to hit just .177. That bodes well for the Astros in Sunday night’s matchup.

The Astros are likely to be favored in this matchup due to their superior lineup and the fact that they’re playing at home. They have struggled a bit, going just 5-5 over their last 10 contests, but that shouldn’t make you shy away from backing Houston.

The White Sox have trouble scoring runs, and with the uncertainty on the mound, it’s hard to trust Chicago. Should Kopech return from injury, the Sox definitely have a chance, but if they’re forced to adjust the rotation or have someone make a spot start, it’s going to be tough.

The White Sox are fresh off of a sweep of the division rival Tigers, and they’ll hope to use that momentum to knock off a talented Astros team on the road. We’ll stick with Houston’s high-powered lineup while backing Christian Javier’s production on the mound in this one, though.

The odds aren’t yet out at Sugar House Sportsbook, but when they are released, we’ll grab Houston. Take the Astros to not only win, but cover the run line as they land a home win in the series finale versus Chicago.