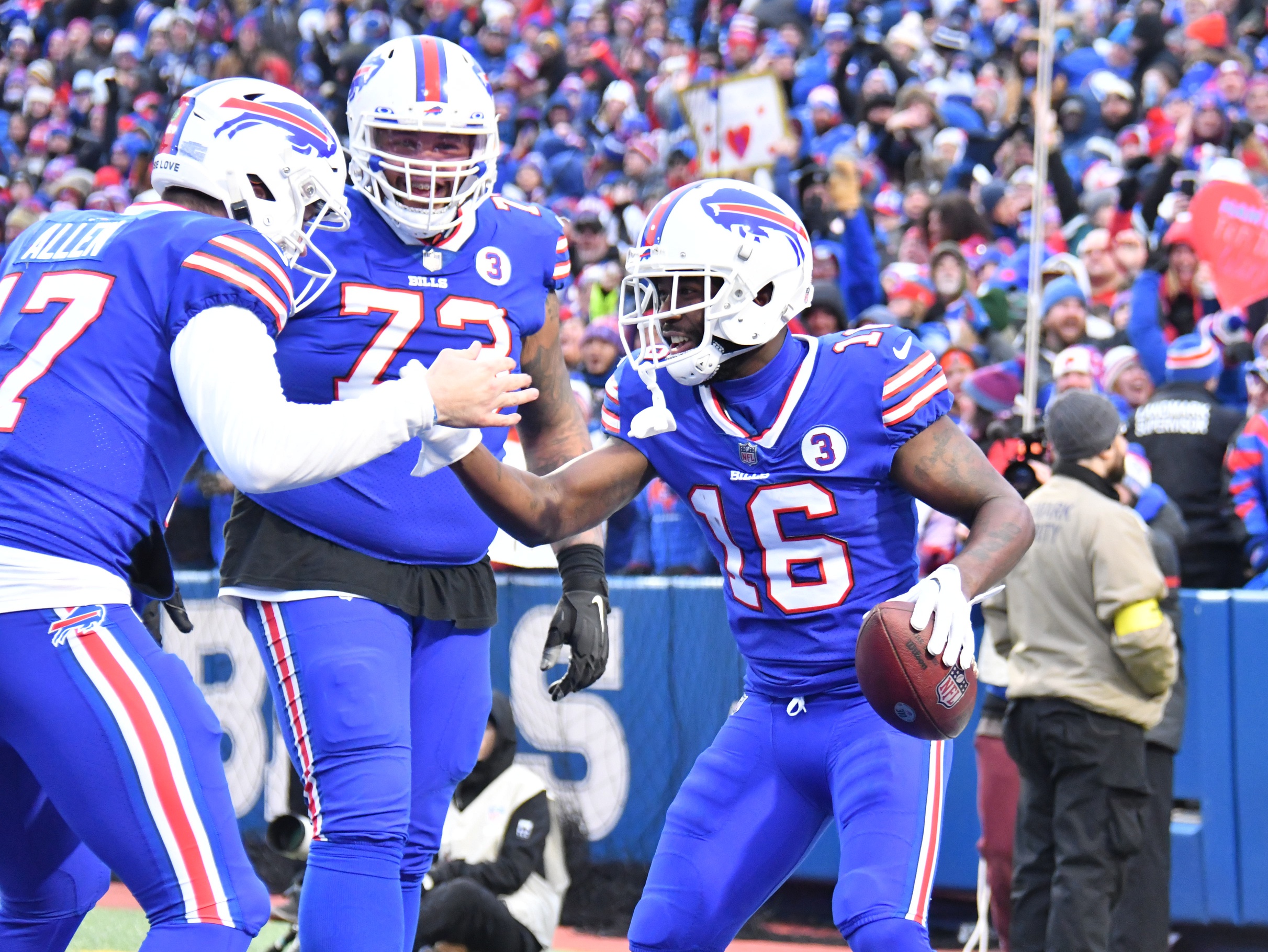 I hope you enjoyed yesterday’s appetizer – it’s time for the main course! Wild-Card Weekend commences early Sunday afternoon with three more playoff games for NFL bettors to sink their teeth into. I’ve got you covered with side positions to take fliers on at PointsBet Sportsbook in every matchup. Here’s my take on how the trifecta plays out with every pairing having already played out during the regular season at least once if not twice.

The Dolphins and Bills split their two regular season meetings. Miami came out on top of the first one by a 21-19 final count as 4-point home dogs in a game that was marred by sweltering temps and humidity. Buffalo countered with a 32-29 triumph in the rematch, but failed to cover the closing 7-point spread after the Fins rushed for 188 yards on 25 carries to offset the 300+ yard and four passing touchdown performance churned out by Josh Allen.

Tua Tagovailoa started both games, but that won’t be the case in the third meeting between these division rivals with the Alabama product failing to satisfy the demands of his concussion protocol.

With Teddy Bridgewater also banged up, it means the Skylar Thompson experience will carry over into this wild-card skirmish. That bodes terribly for the Miami offense! But it doesn’t stop there; Tyreek Hill is battling the same ankle injury that’s hampered his output for the last month, while Jaylen Waddle is nursing an ankle injury of his own after popping up on the injury report once again. Making matters even worse is the broken thumb Raheem Mostert suffered last week against the Jets. Miami’s offense has been castrated due to injury and its seventh round draft pick being under center. They just don’t have the firepower to keep up with BillsMafia!

After taking in what I believe will be a bloodbath in the early game, the Giants and Vikings are destined to partake in another back-and-forth affair similar to the one that played out back in week 16 when Grep Joseph’s 61-yard field goal secured the 27-24 walk-off home win for the home team. Minnesota failed to cover the NFL odds after closing 4.5-point favorites.

The number to beat for the second-go round opened -3. Though the GMEN have taken in 56 percent of the wagers and 62 percent of the handle, PointsBet is yet to move off the opener letting it be known they’re comfortable booking action at the current offering.

This game once again has the makings of the team last holding possession of the pigskin being in a position to win the game at the gun. Both squads moved the ball up and down the field against one another in the first meeting with the teams combining for 798 yards of total offense with the Giants thriving both on the ground (126 yards) and through the air (319 yards). If not for a wretched showing on third down (3/11) and turning the ball over deep in Vikings territory, New York wins that game. I foresee it coming full circle this time around, and for Danny Dimes and Saquon Barkley to help Brain Daboll earn the first playoff win of what I expect to be a successful career in the Big Apple.

This is an extremely tough one to decipher with the Ravens shells of their former self due to injury. That paired with the Cincinnati Bengals having the look of the team that can represent the AFC in Super Bowl LVII makes it that much tougher. These AFC North rivals just hooked up last week, and the end result for Baltimore didn’t look great on the scoreboard with it dropping a 27-16 decision. However, a deeper inspection of the box score finds the Ravens holding Joe Burrow and co. to less than 260 yards of combined offense, a 33 percent success rate on third down, and a 1/3 showing in the red zone.

If not for Baltimore turning the ball over an absurd four times, the game likely would’ve been much more competitive. With it looking like Lamar Jackson will in fact miss a sixth straight game, NFL bettors have flooded the market with Cincy money to the tune of 80 percent of the handle.

In a classic case of what have you done for me lately, most are overlooking the fact that Cincinnati hasn’t put two competent halves of football together for the last month. They’re also overlooking the fact that Baltimore stands 7-2-1 against the spread the last 10 times it took back points under John Harbaugh as well as 6-1 ATS the last seven times it was dogged in the playoffs. Somehow, someway – the Ravens stay within the number in the night cap!