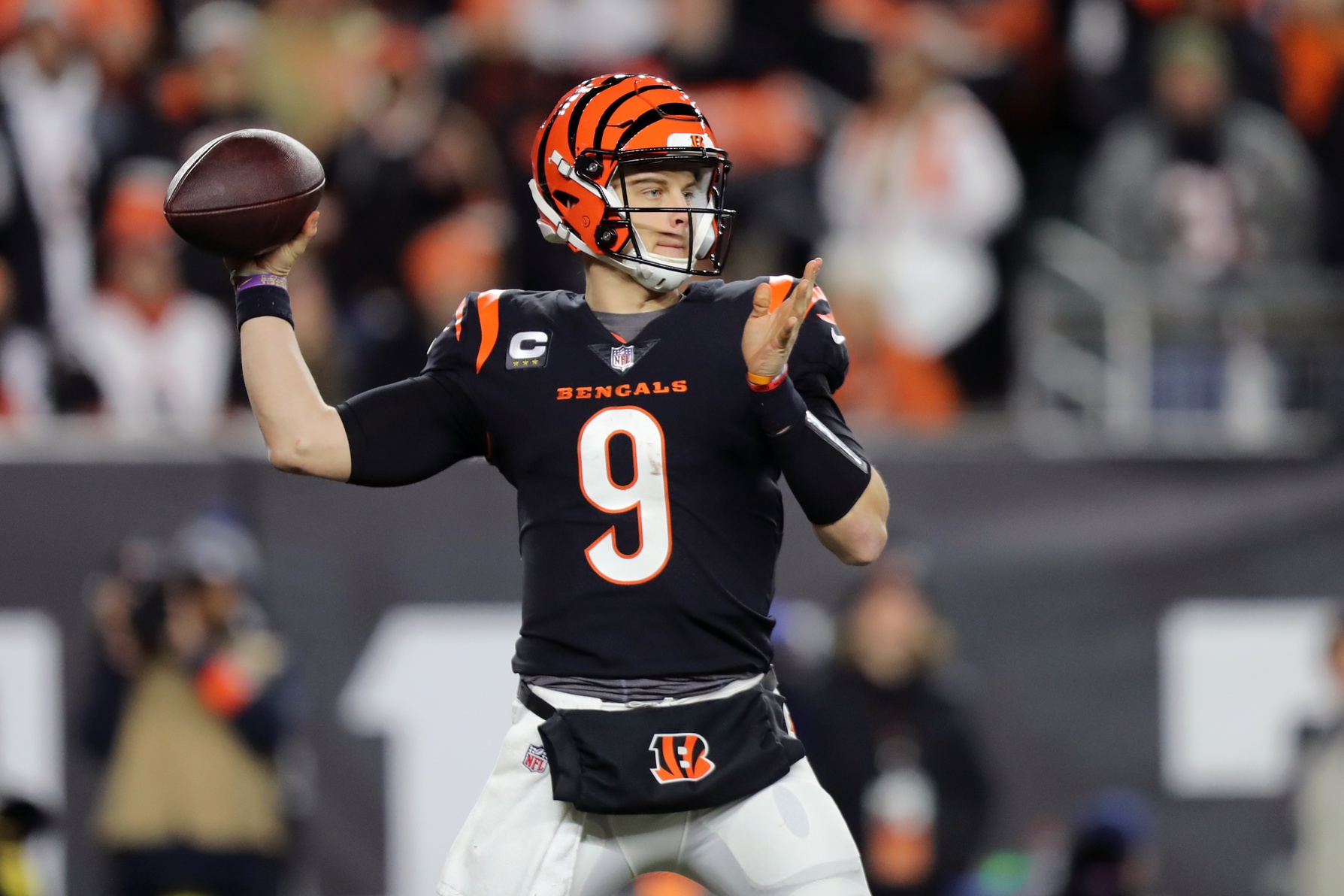 The final two games of the Divisional Round are set to play out on Sunday with a rematch of a regular season squabble and one of the more famous non-divisional NFC rivalries in the history of the NFL. Get your popcorn ready NFL bettors – we’re in for a treat! We’ll finally get to see the Cincinnati Bengals and Buffalo Bills run up against one another – another catastrophic on field injury notwithstanding - which means a classic showdown between Joe Burrow and Josh Allen will play out. That alone is worth the price of admission! But the good times don’t stop there with arguably two of the best defenses in the game set to square off between the Dallas Cowboys and San Francisco 49ers. Let’s see if we can’t close out one of the holiest days of the year with a pair of ticket cashes at PointsBet Sportsbook!

I have no clue what Buffalo Bills team took to the gridiron last week against the Miami Dolphins. What I do know is that if it shows up again this Sunday, Sean McDermott’s team will be sent home to cry in their beers. Last week’s showing against the Fins as near two-touchdown favorites was in a word, inexcusable. While the defense only served up 231 yards of combined offense to Skylar Thompson and his mates, the offense proved to be a tough watch. Yes, Josh Allen threw for 352 yards and 3 TD, but he also tossed a trio of picks and fumbled once. Those miscues were turned into 17 points which allowed the heavily dogged Dolphins to make a game of it. Do that against the Bengals who also got a scare from the division rival Ravens last week, and it’ll be lights out.

I think Buffalo will once again have its hands full with what Joe Borrow and co. throw at them in this rematch. In the team’s abbreviated week 16 matchup in the ‘Natti, the Bengals had no issue moving the ball up and down the field. Burrow’s stats are nowhere to be found since the game was cancelled, but he had no issues connecting with Ja’Marr Chase and threw a touchdown strike to Tyler Boyd. While the offensive line is still hampered by injuries, Joey Brrr has played in back of horrendous front walls the entirety of his NFL career. I don’t foresee it fazing him one bit!

Buffalo’s inability to hold onto the pigskin is a grave concern heading into this matchup. Only the Texans and Colts turned it over more throughout the regular season, and Buffalo just coughed it up three more times last week. On the flipside, Cincy does a fantastic job of keeping possession of the ball (No. 4). Its defense also forced 24 miscues in the regular season and tallied two more in last week’s 24-17 win over the Ravens; the last ultimately deciding the game’s final outcome. If a mistake is to crown the winner of this matchup, it’s going to be the Bills that commit it. Gimme those points with the Cincinnati Bengals who’ve covered seven straight on the road catching points from linemakers!

Dak Prescott was nothing if not sensational last week against the corpse that proved to be the Tampa Bay Buccaneers. Shame on me for fading the Dallas Cowboys in that spot, but my disdain for Mike McCarthy got the best of me. Now let’s see if he can do it again versus a team with a pulse. While the Niners defense has shown some chinks in the armor in recent weeks, you know it’s still going to bring a heaping load of pressure. Nick Bosa and co. figure to be a pain in the butt for the Cowboys up front which doesn’t bode well for No. 4 who was only hurried on 85 drop backs and pressured on 133 over the course of the regular season. I’m interested to see if he can stand tall in the pocket with the Niners owners of a top-10 pressure rate. I’m betting he won’t!

If he does, this wager could be in trouble with the San Francisco 49ers giving up some big plays in the secondary of late. The Niners rank No. 20 against the pass and No. 2 versus the run. As such, it doesn’t look like Ezekiel Elliott will be a factor in this tilt. TP20 - that could be another story. Even so, I’ll bank on Kyle Shanahan utilizing his running game as much as possible in order to prevent Dak and CeeDee Lamb from going HAM. Christian McCaffrey should be a heavy target in the player props market for good reason.

In the end, this game will all come down to how Brock Purdy handles the pressure. Micah Parsons will undoubtedly be in his grill on every step back. If he survives and doesn’t turn the ball over, I foresee the 49ers salting the game way on the ground against a Cowboys run defense (No. 22) that can be had. San Francisco is simply just the better overall team in my book. I think the number to beat is a bit short and would’ve been comfortable laying up to six in this win or go home spot. Back the home team to advance and win by margin.

Bet the NFL Divisional Round at PointsBet Sportsbook