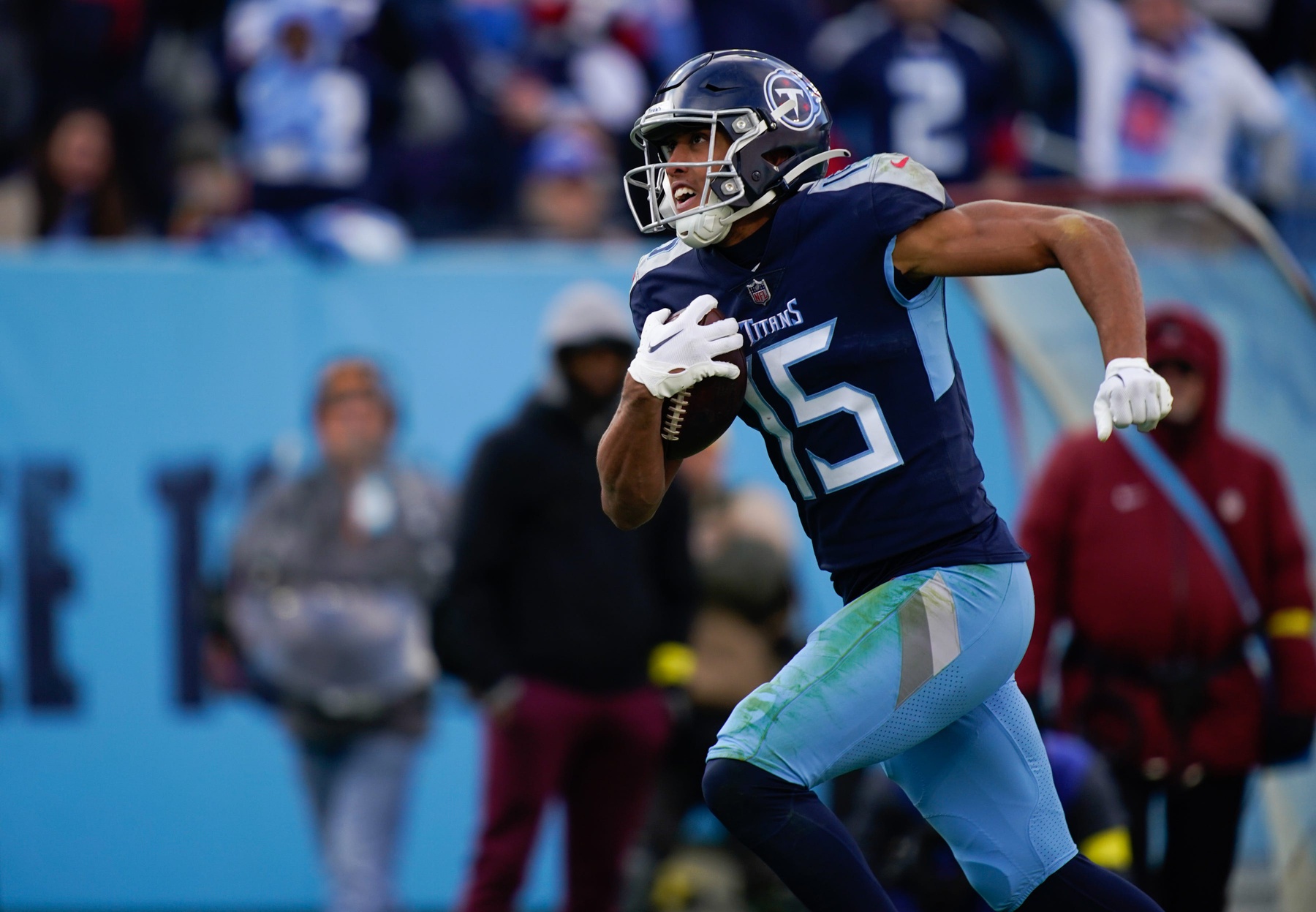 Plenty would need to go wrong for the Tennessee Titans not to cruise to a third straight AFC South title with Mike Vrabel’s squad sitting two games up and already sweeping the season rivalry from the Indianapolis Colts. The folks over at BetRivers Sportsbook already believe it to be a done deal with the Titz installed the third-highest favorites to win a respective division. I personally don’t believe it’s going to be that easy, so let’s draw up some scenarios and see what to add to the AFC South portfolio heading into Week 11.

I’m preparing myself for the huge piece of humble pie that’s likely in my future when it comes to this team. I thought the Titans had more of a shot to bring up the rear of the division standings then sit on top of them at this point of the season. It looks to only be a matter of time until I’m to take a flame to my under 9.5-game season wins ticket with the Titans continuing to stockpile wins every passing week. It’s insane! Each and every one of their wins has come by a single possession. We’re talking an average of just 6.0 points per game!

The regression monster has to pay this locker room a visit at some point, right? Here’s to hoping it occurs soon with @Green Bay, Cincinnati, @Philadelphia, and Jacksonville lined up over the next month. After that, it’s @Chargers, Houston, Dallas, and @Jacksonville. Either way, its wins total at BetRivers remains 9.5 with heavy -150 juice attached to the over. It’s also a -625 to punch a ticket to the playoffs. If not a believer in Derrick Henry and Co. like me, that +450 payback on the “No” is looking mighty attractive!

Along with getting my teeth kicked in by the Titans, the Colts are going to take a nice chunk of my bankroll away as well by failing to come anywhere close to surpassing their 10-game season wins total. Even after going into Sin City and scoring a huge comeback win in Jeff Saturday’s coaching debut, the team’s adjusted wins total only clocks in at 6.5 with even juice attached to both sides of the impost. I need Indy to win out to have any shot of cashing in. Six wins and I push, but if this team is to resemble what we saw last week moving forward, how does this squad not win at least four more games?

Indianapolis fighting back to ultimately win this division would be quite the story. I don’t think it happens. However, this team looked like it enjoyed playing the game for the first time all season last week. If it continues to execute like that, there’s no doubt in my mind it wins at least seven games and makes a push for the playoffs. Four of its final seven games come in the comforts of Lucas Oil. This is what I said about this team the last time I reported on this team: “Don’t waste any bankroll chasing good money with bad on this band of underachievers!” Call me a sucker and gimme Over 6.5 for a full unit wager please and thanks!

I had high hopes for the Jaguars last week in Arrowhead with Kansas City coming off that physical matchup with Tennessee that needed overtime to decide the winner. Though Doug Pederson’s troops went on to win the turnover battle 3:0 and had numerous chances, the Jaguars still found themselves on the wrong end of a 27-17 final decision. The defeat ended up being the first absorbed by this team that came by more than a single possession.

Last I broke this team down, I proclaimed their 5.5-game readjusted wins total to be a joke. They’ve gone 1-1 SU since and their new season wins total clocks in at 6.5 with heavier -121 attached to the under. Three more wins looks extremely doable but four seems to be pushing it with their three remaining home games set to go against Baltimore, Dallas, and Tennessee. Then there are road games at Detroit, Tennessee, Jets, and Texans. It’s going to be rough. But, if this team can start coming out on the right end of those close defeats, anything can happen!

It’s crazy, but the Houston Texans are the only team in the AFC South destined to add to my bankroll come the conclusion of the regular season. Provided they don’t catch fire and surpass their 4.5-game season wins total odds to crush my under ticket. I even got a taste of 3.5 a few weeks back with attractive plus-money juice attached to the under. Its current wins total chimes in at 2.5 with heavy -182 vig supplanted on the over. I’d still entertain an under bet at +149 knowing full well Lovie Smith’s lone goal the remainder of the year is to lock down the No. 1 pick in next year’s NFL Draft.