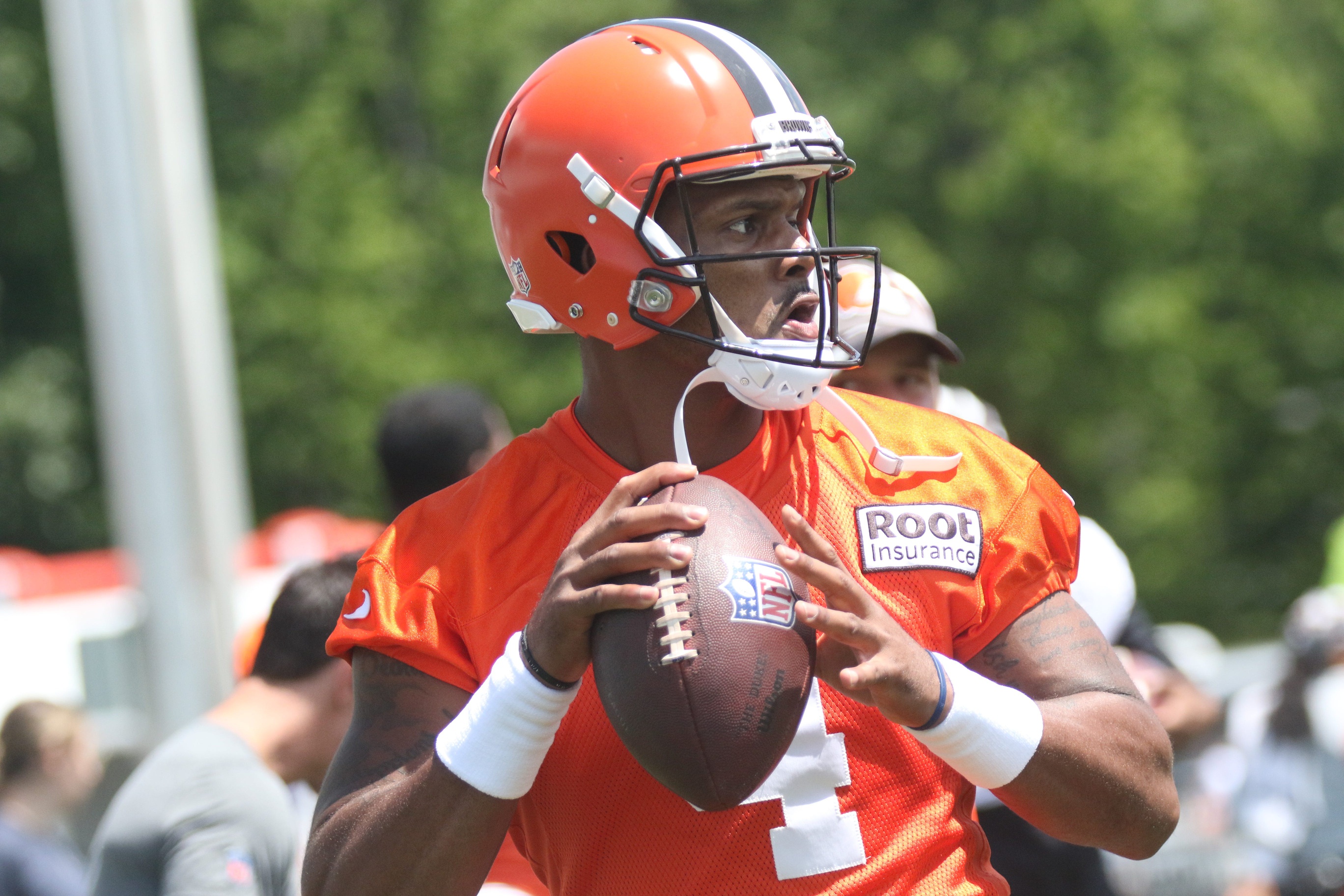 Prepare for the NFL season gamblers are adjusting their power ratings for the Cleveland Browns. The NFL finally announced its long-awaited suspension decision on Watson.

After a long offseason of deliberation and rumors, Deshaun Watson has been handed a six-game suspension. While Cleveland Browns futures odds had a suspension baked in, the finality of the decision set their prices in motion. According to a Sunday statement, the NFLPA will not appeal the decision. Gamblers are now evaluating how their Super Bowl odds changed and where they stand in the AFC North future market.

Just hours before the decision broke, the Browns were +3000 to win Super Bowl 57 at DraftKings. That number was significantly down from +1400, which is what the price was right after the Browns traded for Watson in March.  The best price you can buy the Browns at right now is +2500.

In relation to their Super Bowl odds, the Browns have the eighth-shortest odds to win the AFC (+1400 at DraftKings). They sit behind the obvious contenders in the Buffalo Bills, Kansas City Chiefs, and their division rivals, the Baltimore Ravens and Cincinnati Bengals. DraftKings did not move their AFC price.

The AFC North is becoming one of the most competitive divisions again. The Browns were third on odds boards at +275 before the suspension was announced. Their best price is +400, slightly improving the initial reposted odds at DK (+230).

Odds for the Browns were on and off boards all offseason long. Their season-long win total briefly appeared at 9.5 this summer but was mostly OTB the past few months. At times, AFC North odds were OTB as well, with oddsmakers puzzled at what to do with Cleveland.

Backup Jacoby Brissett was announced as the replacement starter by head coach Kevin Stefanski in mid-July. While far from being the most talented QB in the division, Brissett has plenty of starting experience.

He led the Colts to a 4-12 record in 2017 and a 7-9 record in 2019 after the surprise retirement announcement from Andrew Luck. Brissett also has starting experience from his time with the Dolphins and Patriots, but this Browns roster is by far the most talented he’s had around him.

The first four games of the Browns’ season are among the easiest stretch any team has in the NFL (at Carolina, vs. New York Jets, vs. Pittsburgh Steelers, at Atlanta Falcons). Should the Browns maintain as favorites against the Panthers, we can reasonably expect them to be favored in all four of these games.

However, the next two games are against the Los Angeles Chargers and New England Patriots, both at home. Cleveland will almost certainly be underdogs in both games. Watson will make his Browns debut on the road against the Ravens on Oct. 23.

Now is the time to check out Bally Bet, Play Up, Draft Kings, Fan Duel, and WynnBet for the latest bonus offers for the upcoming football season!