Slam these Totals over Wild-Card Weekend 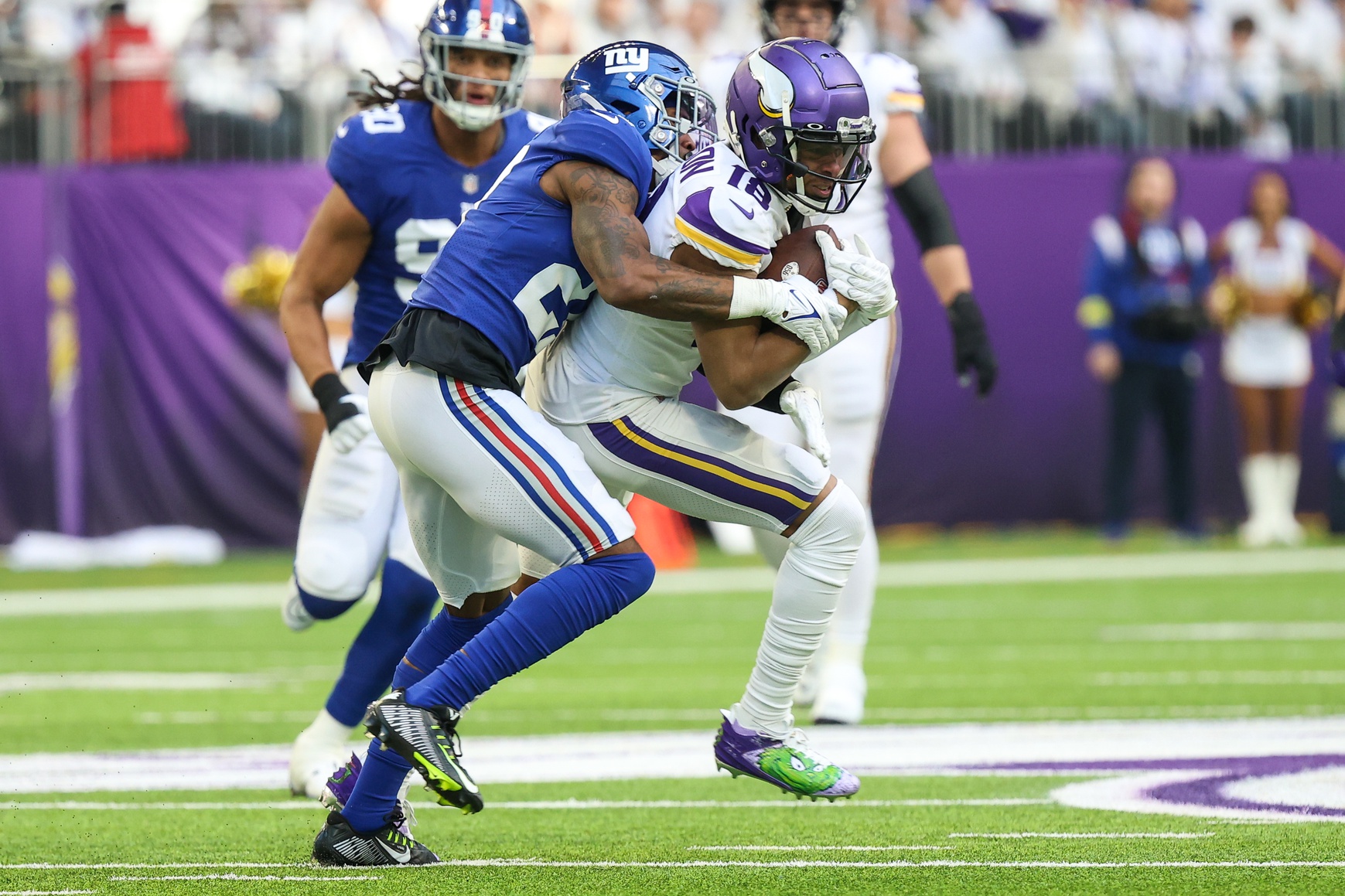 Well I’ll be damned! We actually churned out a winning mark betting NFL totals last week after cashing two of three made investments. Tampa Bay did all its scoring in the first half as expected, while the Atlanta Falcons did a majority of theirs in the second half once the Buccaneers benched all their defensive regulars. We also nailed the under in the Detroit/Green Bay tilt with the Lions defense flexing its muscles in the second half to help lead the franchise to its first winning record since 2017. It’s still a damn shame Dan Campbell’s troops weren’t able to find their way into the playoffs. The lone loser proved to be the over in the Rams/Seahawks matchup. It even went to overtime and we still couldn’t cash the ticket in. Winning weeks betting totals at BetRivers Sportsbook have been few and far between over the last month, so I’ll take the addition to the bankroll. Here’s to doing more of the same throughout Wild-Card Weekend with three more total positions.

The total for this tilt between the Chargers and Jaguars hit the board at 47 and has since been bet up to 47.5 with linemakers simply unable to field any interest on the under. A whopping 75 percent of the bets and 94 percent of the money booked through Tuesday has come in support of a high scorer. I can’t fault NFL bettors for believing points come in bunches with both defense’s Achilles heels to be taken full advantage of by both offense’s strengths. Mother Nature isn’t expected to affect this game whatsoever with temps in the mid-40s and limited wind.

The Bolts trotted one of the worst run defenses in the league onto the gridiron every passing week. It’s been ripped for over 145 yards per game (No. 28) and ranks No. 29 in rush DVOA. Travis Etienne was basically a bystander in last week’s huge comeback win over Tennessee with the Titans dominant against opposing ground attacks. He’ll be a major contributor on Saturday. As for LA, I firmly expect Justin Herbert to have his way with a Jags secondary ranked No. 30 in pass DVOA that allows over 238 yards per game. This should be an exciting back and forth affair with Herbert and Trevor Lawrence looking to one-up the other.

I can’t wait for the rematch between the Giants and Vikings after Minnesota won a 27-24 decision in walk-off fashion when the teams locked horns back in Week 16. Both teams went for nearly 800 yards of combined offense with each saving the best for last after putting 28 points on the board in the fourth quarter that pushed the final tally past the 48-point closing total. Both teams seemingly moved the ball up and down the field with relative ease through the first three quarters, but the offense was forced to settle for more field goals than touchdowns.

I expect better efficiency from both offenses to result in more touchdowns with adjustments likely to be made by both coaches for the second go-round. Daniel Jones torched the Vikings No. 31 ranked pass defense for 334 yards and a 1:1 TD/INT ratio with the pick occurring on the Vikings side of the field. Richie James, Isaiah Hodgins, and Darius Slayton combined for 258 yards and only one touchdown. On the flipside, Kirk Cousins ripped the GMEN secondary for 299 yards and three passing touchdowns with both Justin Jefferson and T.J. Hockenson each surpassing 100 receiving yards.

This has back and forth barnburner written all over it with both offenses owning major advantages both on the ground and through the air. Don’t be shocked if this one’s decided on another field goal at the gun!

While I’d much rather gotten in at the 44 opener, I still think there’s value with the current offering at BetRivers. These AFC North rivals just played to an over last week after the Bengals scored the 27-16 win that combined to go over the 39-point closing total. I’m a bit taken aback by the betting market hammering the under the way it has even though we just witnessed Cincy more or less have its way with a stout Ravens defense – for a half. I guess it’s wising up!

Regardless, I fully expect this one to play out much differently and to be more reminiscent of the 19-17 final the teams played to back in week 5. Neither offense has excelled on third down against one another with the Ravens converting at a 40 percent clip (11/27) and the Bengals 36 percent (9/25). Both teams only managed touchdown on one of three red zone penetrations last week. With Lamar Jackson likely to miss the game or be hell a rusty if in fact he gets back in the huddle, I firmly expect Baltimore to look to run the ball and bank on its defense to limit a Bengals attack that’s been unable to put together two solid halves of football each of the last three weeks. It also doesn’t help that Joe Burrow will be without two key cogs along the O-Line.