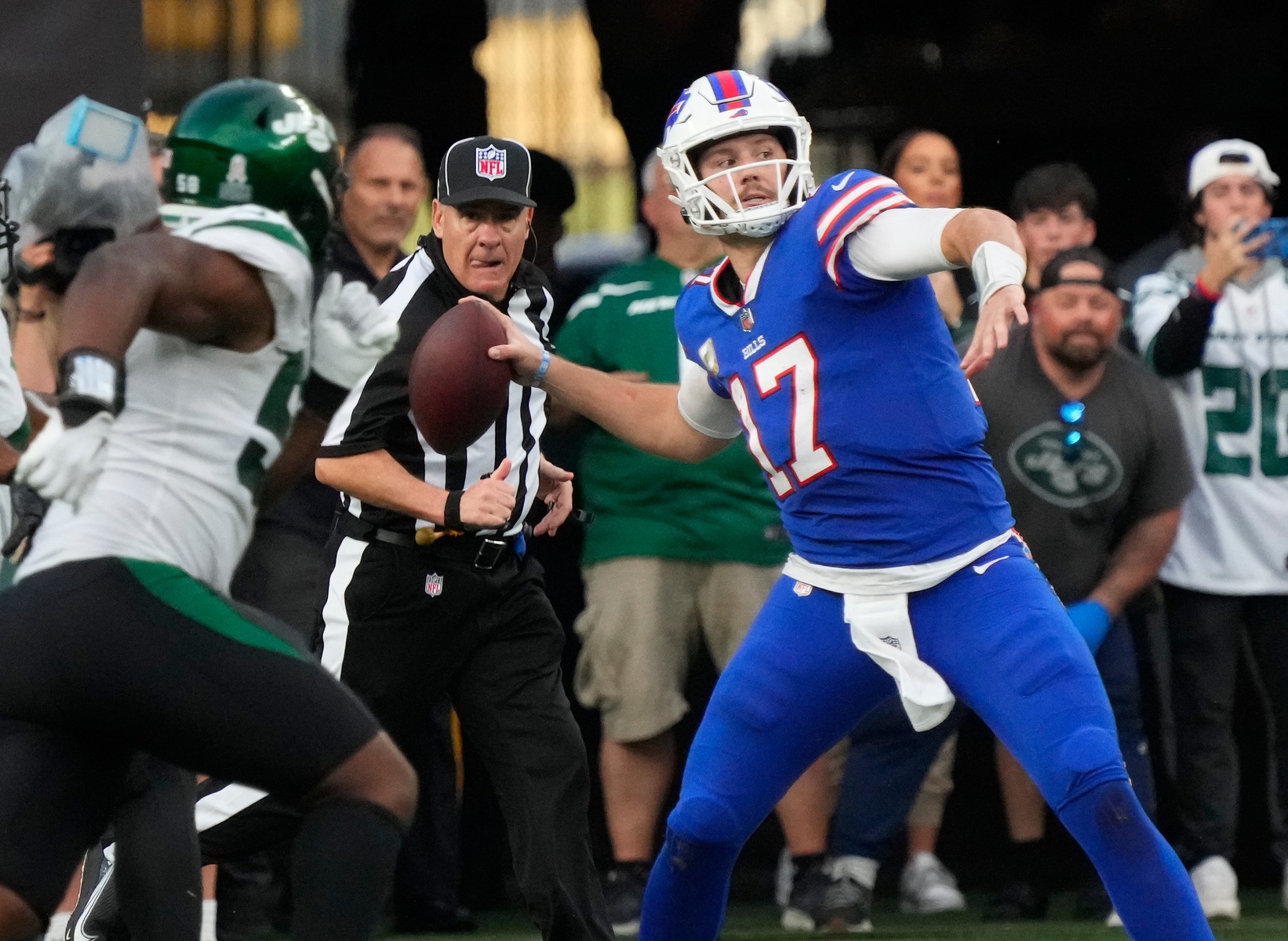 NFL totals haven’t treated us kindly the last two weeks. It was another poor showing in Week 13 after cashing in on just one of three suggested positions. The lone ticket cash occurred on the over of the Tennessee/Philadelphia matchup, and it only got there by half a point. Thank you A.J. Brown! We looked good on the under in Minnesota with the game tied 3-3 after a quarter of play, but 20 and 17 point third and fourth quarters put that one to bed. Even after the Miami Dolphins scored a touchdown on their very first play from scrimmage, we were still in a position to hit on the under heading into the final 15 minutes of play. Then 17 points were tallied with the deathblow coming on a 23-yard fumble recovery for a score with less than two minutes remaining. A couple tough beats right there. The football gods owe us big time in Week 14 so here’s to adding to that bottom line over at BetRivers Sportsbook!

Though these AFC East rivals played to a 20-17 low scorer won by the Jets in the first meeting back in Week 9, I’m of the belief the rematch will see a crooked number hit the board. New York’s offense is in much better hands now that Mike White has nestled in under center with the team averaging 26.5 points in his two starts. He and Garrett Wilson have formed quite the chemistry with one another to the point that Buffalo just might need to shadow him in this matchup. Should that occur, it would open the door for either Corey Davis or Elijah Moore to make hay against a beatable Bills secondary.

The Jets managed 310 yards of combined offense in the first go-round yet only managed to put 20 points on the board mostly due to converting two of its five red zone trips into touchdowns. Buffalo had no issues moving the chains all game long in converting 8 of 13 third down attempts, but the ability to keep drives alive weren’t enough to combat the pair of crucial interceptions thrown by Josh Allen. I expect No. 17 to be on the war path in this rematch knowing full well his errors led to the team’s defeat. Not even Sauce Gardner will be able to prevent Allen and Stefon Diggs from going HAM. This one goes way over regardless of the snow, and it’s possible the Bills approach the impost themselves in this pivotal revenge game!

The Denver Broncos have cashed under tickets in 11 of 12 played games. They’ll return home for this AFC West clash with the Chiefs having played to the under in eight straight and only once managed to hit the 20+ point plateau during that stretch. If you can believe it, Russell Wilson and co. has only scored 20+ points twice to date. But with Kansas City coming to town, total bettors have jumped at the opportunity to take advantage of the lowest set total between these teams since 2019. The number to beat hit the board at 41.5 but has since been bet up to 44 regardless of a bulk of the action coming in on the low side of the impost.

I get the allure of betting overs whenever Patrick Mahomes takes to the playing field, but this Denver defense is no joke and the Chiefs still have a laundry list of injuries the roster must sort out before Sunday’s kick-off. Same goes for the Broncos who’ve got nothing to speak of in the backfield and will likely be without top target Courtland Sutton after he bowed out early with a hamstring injury last week. Coming off a tough loss in Baltimore and more or less playing for pride, I fully expect a “circle the wagons” type effort to be put forth by the home team with the defense leading the charge.

Though Mac Jones just put forth a stinker at home against the Bills, he had played to 104.6 and 119.8 QB ratings in his previous two starts against the Jets and Vikings. Arizona is the owner of the league’s 24th ranked pass defense that clocks in at No. 25 in pass DVOA. It went into the bye allowing seven combined touchdown passes to Jimmy Garoppolo and Justin Herbert. After noticeably chewing his coaches out for the shoddy play-calling against Buffalo, I expect OC Matt Patricia to make it a point to let him air it out with regularity knowing full well the Cardinals have been much tougher versus the run (No. 10).

And then there are the Cardinals who’ve had a couple weeks to get their bodies and minds right to go all-out in hopes of landing a playoff bid. Zona’s well-known for crashing and burning under Kliff Kingsbury’s watch at the tail end of the season. Is it possible we see a reversal of fortune starting in Week 14? All I know is that Kyler Murray, James Conner, DeAndre Hopkins, Marquise Brown, and Rondale Moore will all be on the field at the same time for the first time on Monday night. That’s a pretty potent group right there that should be able to get the best of a faltering Pats defense that’s been ripped for 28.5 points per game over the last two weeks.