Slam these Totals in the Division Round 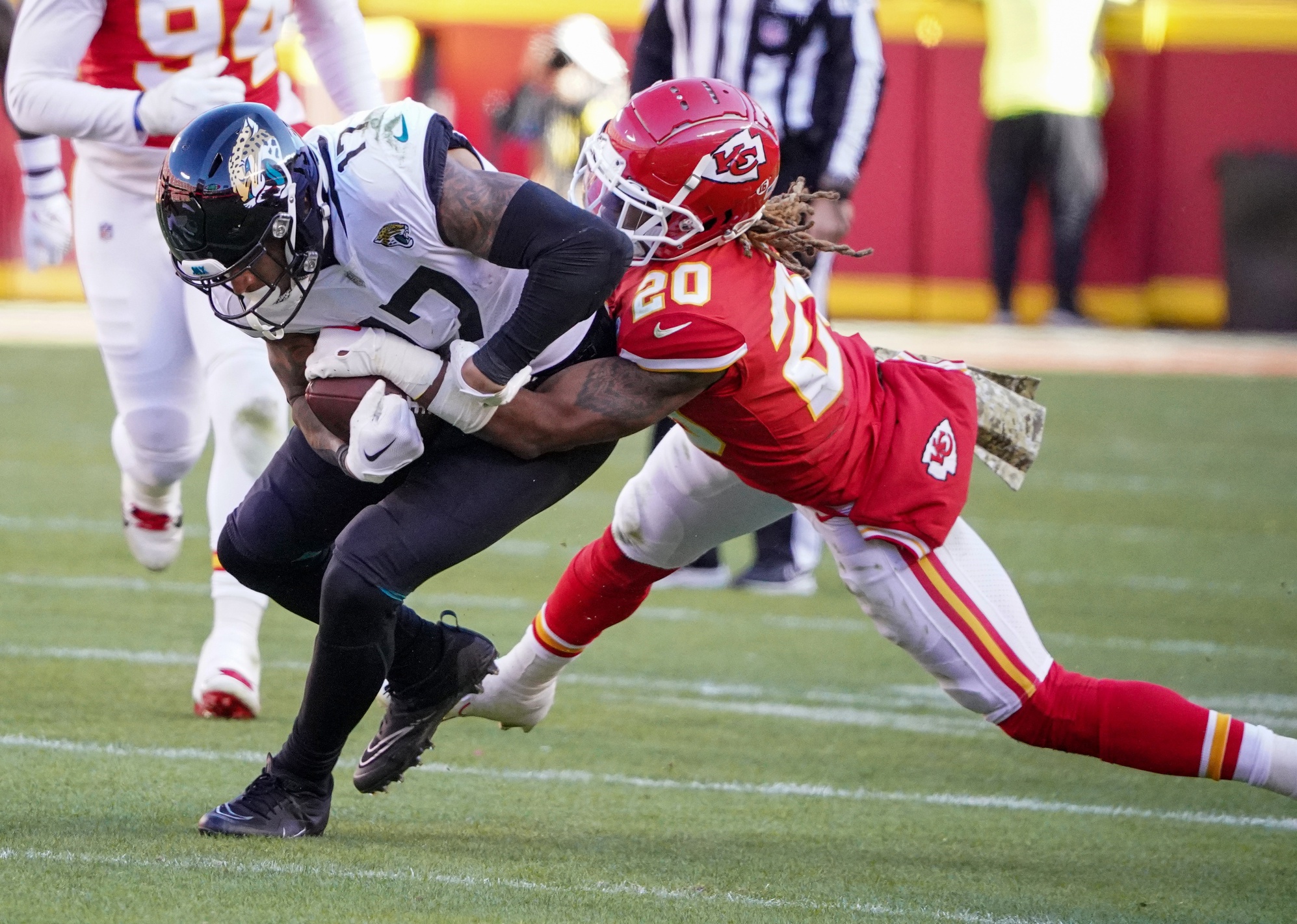 So it looks like we saved the best for last! After cashing two of three total positions the final week of the regular season after getting killed for a month and a half, we swept the board in the wild-card round by cashing all three suggestions. The Chargers and Jaguars played to an easy over with Jacksonville battling back from a 27-0 deficit to win 31-30. The Giants and Vikings partook in yet another back-and-forth affair this time won by New York 31-24. We closed it out by cashing the under of 42 in the Baltimore/Cincinnati game, though I realize others weren’t able to enjoy the same fate. When the numbers dictate or you like something, strike quick – don’t wait!

Let’s press our luck and see if we can continue getting the best of BetRivers Sportsbook by hammering some division round totals!

Strap in and get ready for a ride when the Jaguars and Chiefs lock horns for the second time with a ticket to the AFC title game on the line! These teams combined for over 800 yards of offense in the first go-round, yet failed to exceed the closing 51.5-point total. A grand total of 123 plays were run with 43 coming on the ground. Kansas City ran the pigskin 27 times for 155 yards. It did so with the intent of milking the clock due to getting out to a commanding 20-0 second quarter lead. I don’t foresee the rematch playing out as such. Even if it does, the win won’t be locked up which will force Patrick Mahomes to continue slinging the pill.

The Jaguars are a salty bunch that’s proven time and time again that they won’t give up. They could’ve done so against Dallas in week 15 trailing 27-10 deep into the third quarter, but instead circled the wagons and battled back to score the 40-34 overtime win. NFL bettors all saw what Doug Pederson’s troops were capable of last week in Trevor Lawrence’s first taste of playoff football against the Chargers. Already going into Arrowhead once this season will serve the team well and have it putting up a fight right from the opening kick. Look for the copious amount of yardage gained in the rematch to result in a high scoring thriller that likely won’t be decided until late!

The Bills will have a score to settle in this one. Not because of what went down in the meeting with the Bengals a few weeks back, but because of the way the defense played in last week’s escape of the Dolphins. Granted, Miami only combined for 231 yards of total offense, but it still managed to put 31 points on the board. I get that 17 of those points were set up off offensive turnovers, but the secondary had no business allowing a rookie seventh round draft pick making his first playoff start look credible. While picked off twice, Skylar Thompson still went on to throw for 220 yards and a touchdown. His passing yards prop opened at 177.5 for crying out loud!

I fully expect the back end of Buffalo’s defense to rise to the occasion for this one knowing how readily able Joe Burrow was able to carve it up when the teams met a few weeks back. Josh Allen should also have his hands full running up against Cincy’s No. 5 ranked pass D that didn’t look the part in last week’s lucky win against the Ravens. Tyler Huntley went on to destroy his 151.5 passing yards prop that was actually bet down into the mid-140s by throwing for 226 yards and a 2:1 TD/INT ratio. I expect this to be a bloody war to the bitter end with scoring severely limited.

Kyle Shanahan is one of the most conservative head coaches in the NFL. Knowing full well that Micah Parsons and co. will be bringing the heat seemingly every passing down, I fully expect the 49ers to look to the ground ad nauseum so as to alleviate most of the pressure on their rookie quarterback making just his second playoff and seventh overall start. Brock Purdy handled himself flawlessly in last week’s playoff debut, but the former Iowa State standout got the benefit of opposing a Seattle defense that possessed a bottom tiered pressure rate (No. 21) over the course of the regular season.

No team got after quarterbacks more than Dallas through week 18 (40% pressure rate), and that carried over into the wild-card matchup with Tampa Bay after harassing Tom Brady all game and throwing him to the turf twice. The Cowboys are also likely to make it a point to limit Dak Prescott’s exposure to a defense that sat only in back of Dallas for the most takeaways. Remember, No. 4 has recently had an issue throwing picks even though he churned out a clean sheet last week. With both offenses likely to play it close to the vest against both ball hawking defenses, it all adds up to a defensive grinder that fans of defensive football will fully enjoy after that high scoring wild-card round.