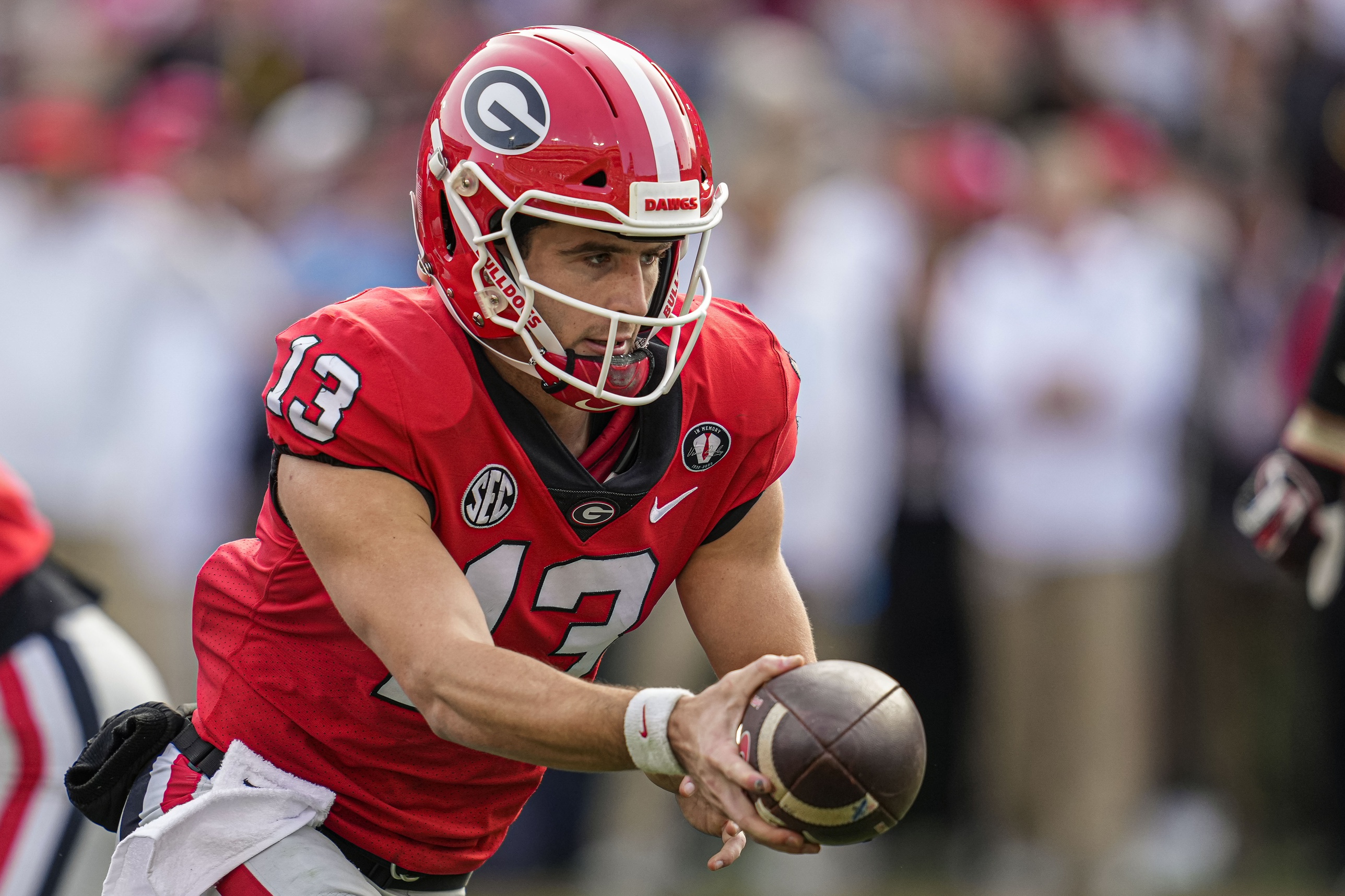 The top-ranked Georgia Bulldogs are headed to the College Football Playoff no matter the outcome of Saturday’s SEC championship game with the LSU Tigers. But the Dogs don’t want to leave any doubt and would enjoy breaking their own three-game losing streak in the title game. Undefeated and ranked No. 1 in the country last year, the Dogs were upended by Alabama in the conference championship. They still reached the CFP and exacted revenge on the Tide in the national championship game. Winning the SEC crown would be a feather in the cap for LSU’s Brian Kelly in his first year on the job, but the Bayou Bengals are a steep 17-point underdog on the NCAA college football odds at BetRivers sportsbook.

Most expected a rematch of last year’s title game but the Tigers didn’t get the memo. LSU’s stunning 32-31 upset of Bama as a 13.5-point dog on the college football betting line put them in line for a rematch of the 2019 SEC title game. With a trip to Atlanta already in their pocket the outcome of LSU’s final regular season game was irrelevant. No 2-loss team has ever made the CFP and now the Tigers have three setbacks following their 38-23 loss to Texas AM that ended a five-game winning streak. The unbeaten Bulldogs opened as a 16.5-point favorite with that number quickly wagered to -17 on the NCAA odds. LSU has won four of the last five meetings going 4-0-1 ATS in those games while cashing the OVER three times. The total has remained steady at 51.

While their trip to this game was already sealed the Tigers still had hopes of competing in a New Year’s Six game with the outside chance of earning a CFP berth. Getting some help on championship weekend would have been necessary but wins over Alabama and Georgia would have put LSU in the running to become the first 2-loss team to compete for a national title. It’s a moot point now, though, after their inexplicable 38-23 loss to a scuffling Texas AM squad. It was a frustrating day for LSU’s defense allowing 429 total yards and giving up scores on AM’s first three possessions. This against a team that struggled to consistently score entering the game.

There were issues offensively as well. Jayden Daniels, who has accounted for 26 TDs this season with 15 passing and 11 rushing, failed to put one on the board for the second time in three games. He threw for 189 yards and ran for an additional 84 on 12 carries, but was hobbled by an ankle injury that required him to leave the game at times. Kelly said the injury isn’t considered serious and that he expects Daniels to play on Saturday. There’s also a good chance Josh Williams returns to the lineup after sitting out a few contests. Williams leads all LSU running backs with 481 yards on the season. LSU averages over 433 yards and 32.5 points and will be hard pressed to match those numbers even if Daniels is healthy enough to play.

Georgia’s last loss was one year ago in this very game when the nation’s leading defense was torched by Bryce Young and the Alabama Crimson Tide. The Dogs are hoping to avoid a repeat of that performance while securing the top-seed in the CFP. Once again the Dogs own the nation’s best scoring defense allowing a miniscule 11.3 points per game. That’s for the entire season including an eight game SEC schedule. The Bulldogs overcame a slow start against Georgia Tech last week to post a 37-14 victory but failed to cover the 36.5-point NCAA football betting line for their second straight ATS loss.

Overlooked in how good the defense has been is an efficient offense led by Stetson Bennett. The Dogs rank 8th nationally averaging nearly 490 yards while scoring 38.3 points per game. They reached the 40-point mark six times with Bennett completing 67 percent of his throws for 3,146 yards and 16 touchdowns. They average over 203 rushing yards with Kenny McIntosh leading the way with 654 yards on the ground showcasing an array of talented runners that wear down opposing defenses. Though the defense has been among the best all season the Dogs have cashed the OVER four times in their last seven games.

LSU’s offense is all about the play of Daniels. The ankle injury could be a major issue against a stifling Georgia defense limiting what the Tigers can do offensively. And the Bulldogs are relentless on offense behind one of the most powerful lines in the country. Still, this is something Kelly has dreamed about for years never getting the chance to win a conference title during his days at Notre Dame, and while I don’t think LSU wins the game they are good enough to stay within the college football line for a payout win.