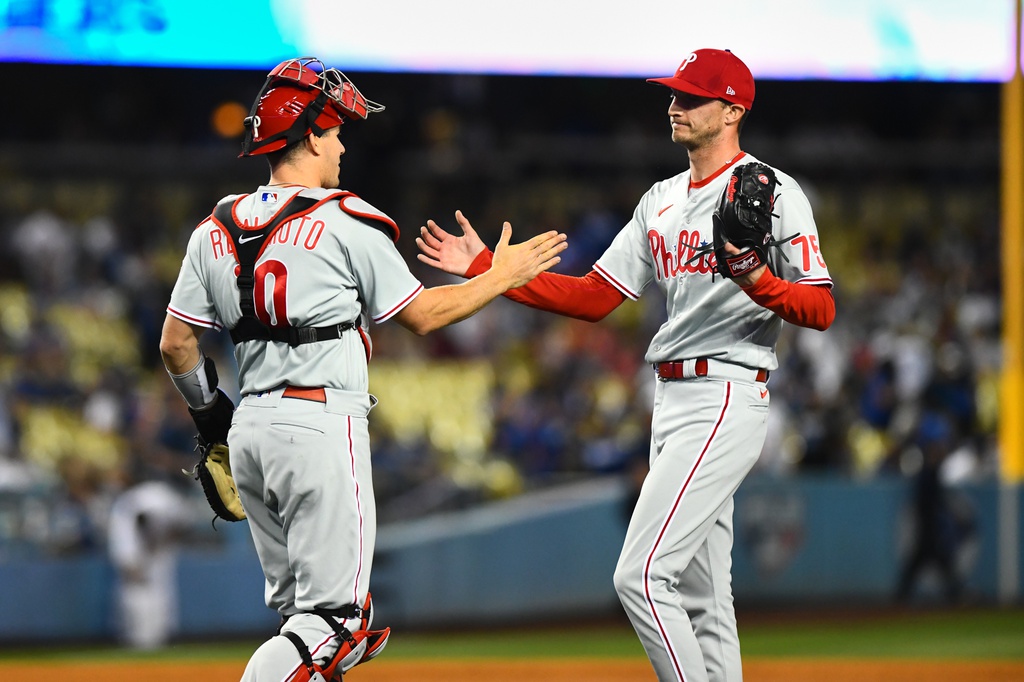 This weekend brings us a little interleague action as the Los Angeles Angels travel across the country to meet up with the Philadelphia Phillies.

This matchup presents us with a pair of teams moving in the wrong direction at the moment, as both are experiencing struggles of late. At the time of this writing, the Phillies find themselves as losers of four straight contests, including a pair of back-to-back extra inning losses to the Mets and Giants. With the defeats, they’ve fallen to 21-28 on the year as they sit 11.5 games out of the lead in the NL East standings.

The Angels have been even worse over the last week, losing five straight games after starting the season 27-17. Each of the last three losses have been by a single run (all coming at the hands of the Blue Jays). Los Angeles has now fallen four games back of the division leading Astros, and they’re looking to turn things around before that deficit extends any further.

Let’s take a look at the upcoming contest, the probable pitching matchup, and give you our pick for Saturday night.

Lorenzen has been impressive thus far, posting a 5-2 overall record through eight starts. The righty has tallied 31 strikeouts to 15 walks while surrendering an ERA of 3.19. Lorenzen has picked up victories in each of his last two starts on the road, allowing three earned runs over 15.1 frames.

While he’s kept his earned run average down for most of the year, he’s far from a strikeout pitcher. Lorenzen tends to pitch to contact, only tallying more than three Ks twice in his last five appearances. Still, he’s been able to pitch late into games, tossing into the seventh inning or later four of those last five starts.

It will be interesting to see how that approach works out when facing a Phillies team that has a tendency to whiff. They’ve struck out 440 times to this point but they do have some pop, reflected by their top 10 mark in home runs.

Wheeler has posted similar marks to Lorenzen in regard to his 3.16 ERA. But that’s about the only two things these two pitchers have in common.

Wheeler is a power arm that induces the swing and miss. His 58 strikeouts over 51.1 frames show that he’s quite good at it, too. And the right hander has been much more consistent as of late. After surrendering 12 earned runs over his first three starts, Wheeler has allowed just six runs in his last six appearances. That includes shutout victories over Colorado, Texas, and Atlanta.

Wheeler has tallied seven Ks or more in each of his last six starts while pitching into the seventh inning on five of those occasions. Not surprisingly, he’s a perfect 3-0 over that time after starting the season 0-3.

It’s also worth noting that Wheeler has been spectacular at home, posting a 1.48 ERA in Citizens Bank Park. Compare that to a 5.57 ERA away from Philadelphia. If that continues, it should bode well for the Phillies.

The odds aren’t yet out at Sugar House Sportsbook, but we’ll make our money line pick.

The Angels and Phillies both boast big bats at the dish. Bryce Harper leads the way for Philadelphia, hitting .305 with 10 homers and 32 runs batted in. Kyle Schwarber also provides some pop as noted by his team-leading 11 dingers on the season.

Los Angeles, though, is even more dangerous with the deadly duo of Mike Trout and Shohei Ohtani. Trout is doing it all, hitting .310 with 13 long balls and 28 RBIs. Ohtani, when not on the mound, is getting it done at the dish with a team-leading 32 runs batted in.

While the bats for both sides can be dangerous, we’re going to lean towards the pitching in this one. Wheeler has been dominant of late while Lorenzen has proven to pitch better on the road. We’ll take Wheeler to outduel his counterpart on Saturday and land the Phillies a low-scoring win.