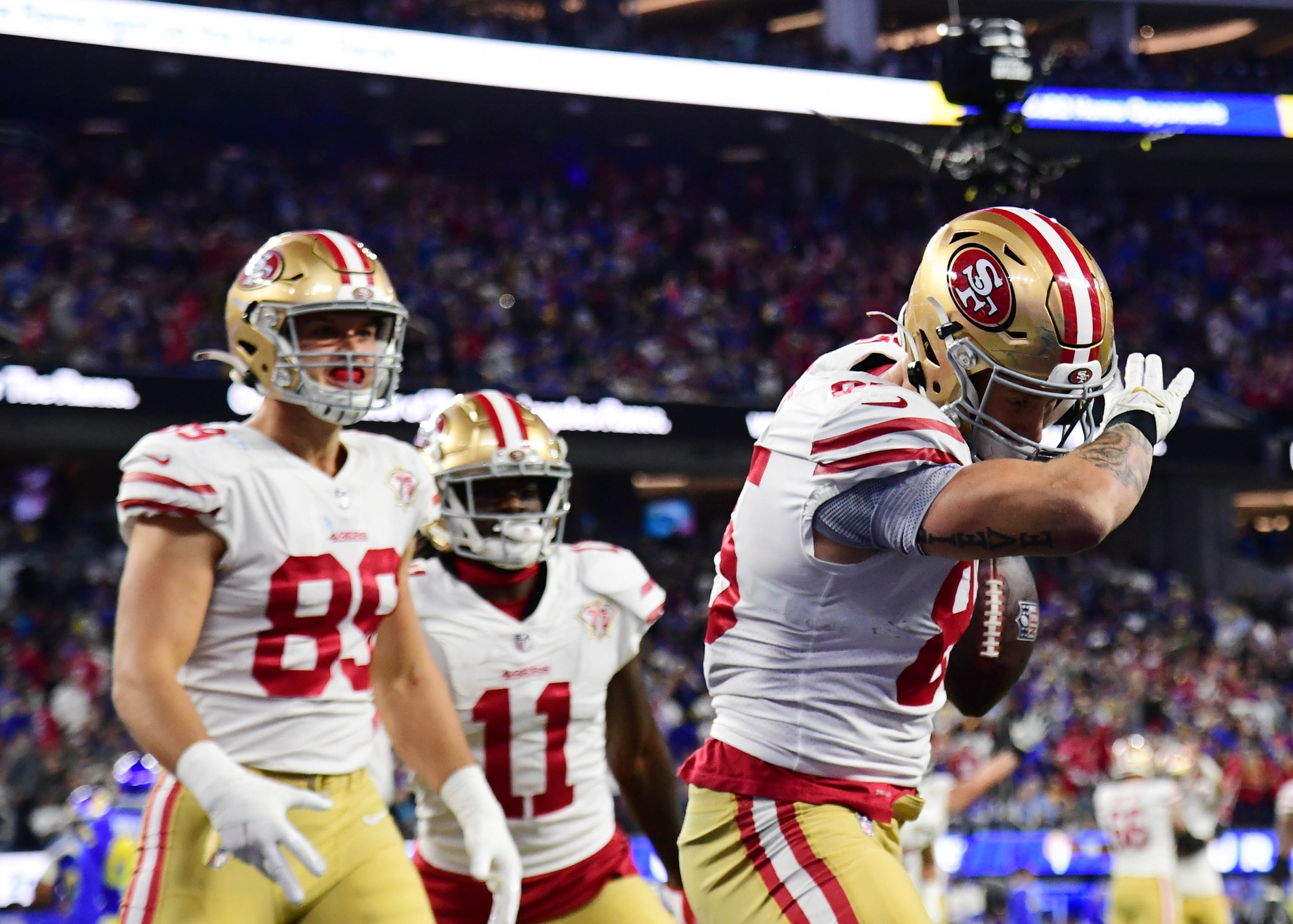 Like the AFC West, the NFC West is considered by linemakers at BetRivers Sportsbook to be one of the most competitive divisions in the game heading into the 2022-23 NFL betting season. Along with the defending Super Bowl champion Los Angeles Rams, the San Francisco 49ers and Arizona Cardinals all have +380 odds or shorter to take home bragging rights come early January. The Niners finished third within the division standings a year ago yet still managed to punch a ticket to the second season, where it came a Jaquiski Tartt dropped interception away from punching a ticket back to the Super Bowl for the second time in the last three seasons. That aforementioned safety with rocks for hands is no longer on the roster, and their odds of winning the division (+160) are in line with the defending champs (+235).

San Francisco enters the season with a 10-game season wins total, half a game fewer than that of the Rams. That being said, it’s still a -230 chalk to return to the playoffs for the second straight year and third time in the last four seasons. Very understandable considering it was just a quarter away from representing the NFC in the big game. If not for going scoreless those final 15 minutes, the 49ers would’ve partaken in yet another Super Bowl even though Jimmy G was lined up under center and the defense was once again decimated by the injury bug.

The 2022-23 Niners will have a much different look to it. It all starts under center, where Trey Lance is expected to take the reins from Jimmy Garoppolo. While he came up with some eye-opening highlight reel plays, he also proved to be very wet behind the ears. It’ll be interesting to see what a full offseason of studying will do to his game. If it pays off, the sky’s the limit for this team. Deebo Samuel has been paid coming off a historic season, and the Niners backfield also looks to be in place with second-year RB Elijah Mitchell at the top of the heap. The other side of the ball looks rock solid with Nick Bosa and Arik Armstead bringing the heat up front for a stop unit that blitzes at one of the lowest rates in the league.

Should it all come together, the 49ers are my choice pick to represent the NFC in Super Bowl LVII, and they’ll have an excellent shot of hoisting the Lombardi Trophy for the sixth time in franchise history. As such, lock in some future wagers on San Fran winning the NFC (+700) before going on to win it all (+1600). A beer money investment on Lance winning the MVP and the Niners winning the title at 125-1 is also in order. Hopefully, Kyle Shanahan learned his lesson and won’t punt the ball away instead of going for it with a title on the line this time around!

The 49ers ran up against what ended up being the No. 21 ranked schedule strength a season ago. It amounted to 10-7 SU, and 9-8 ATS records that were turned into a pair of playoff wins over the Dallas Cowboys and Green Bay Packers; on the road. Sharp Football Analysis has this year’s slate clocking in as the 13th easiest and easiest in the division, with it set to square off against the AFC West, NFC South, and standalone games against the Chicago Bears, Washington Commanders, and Miami Dolphins.

It’s almost like schedule makers knew San Francisco needed some lesser opponents early on to get the team ready for the nitty gritty down the road. Does it get any better for Lance than making his first season-opening start against a Chicago Bears outfit breaking in an entirely new coaching staff? Then there’s the Russell Wilson-less division rival Seahawks the following week in the home opener. That should help set the stage for two crucial bouts over the next two weeks against the now Wilson-led Denver Broncos on the road, followed by the first of two revenge bouts with the Rams; both matchups will be played under the national spotlight. From there, it’s two more likely lay-ups on the road against Carolina and Atlanta before returning home to battle Patrick Mahomes and a Kansas City Chiefs outfit that should be rounding into form. The first half of the schedule closes out with the final meeting of the year against LA at SoFi Stadium.

The schedule takes a major turn for the worse coming out of Week 9 bye. First up is a visit from Justin Herbert and the Chargers in the Week 10 installment of Sunday Night Football. Then it’s a trek to the desert to tango with Kyler Murray and the Arizona Cardinals. While each of the next three games comes in the comforts of Levis’ Stadium, the opposition just so happens to be the playoff-hopeful Saints and Dolphins before “The GOAT” invades Silicon Valley with his Buccaneer teammates in tow. The final month of the season is @Seattle, Washington, @Las Vegas, and Arizona. Each and every one of those matches could prove to be a test.

Talent most often wins out in this league, and I’m of the belief the 49ers are one of the most talented teams in the NFC, if not the entire league. The success or lack thereof will ultimately fall upon the shoulders of the second-year quarterback, who is arguably partaking in his first season at the helm. I’m buying Lance in fantasy and believe his tools will take this team a few notches higher. If not this season, it’ll be the next. Either way, look for San Francisco to put an end to two disappointing seasons for bullish total bettors, with the end result being a win tally that surpasses the current impost at BetRivers.