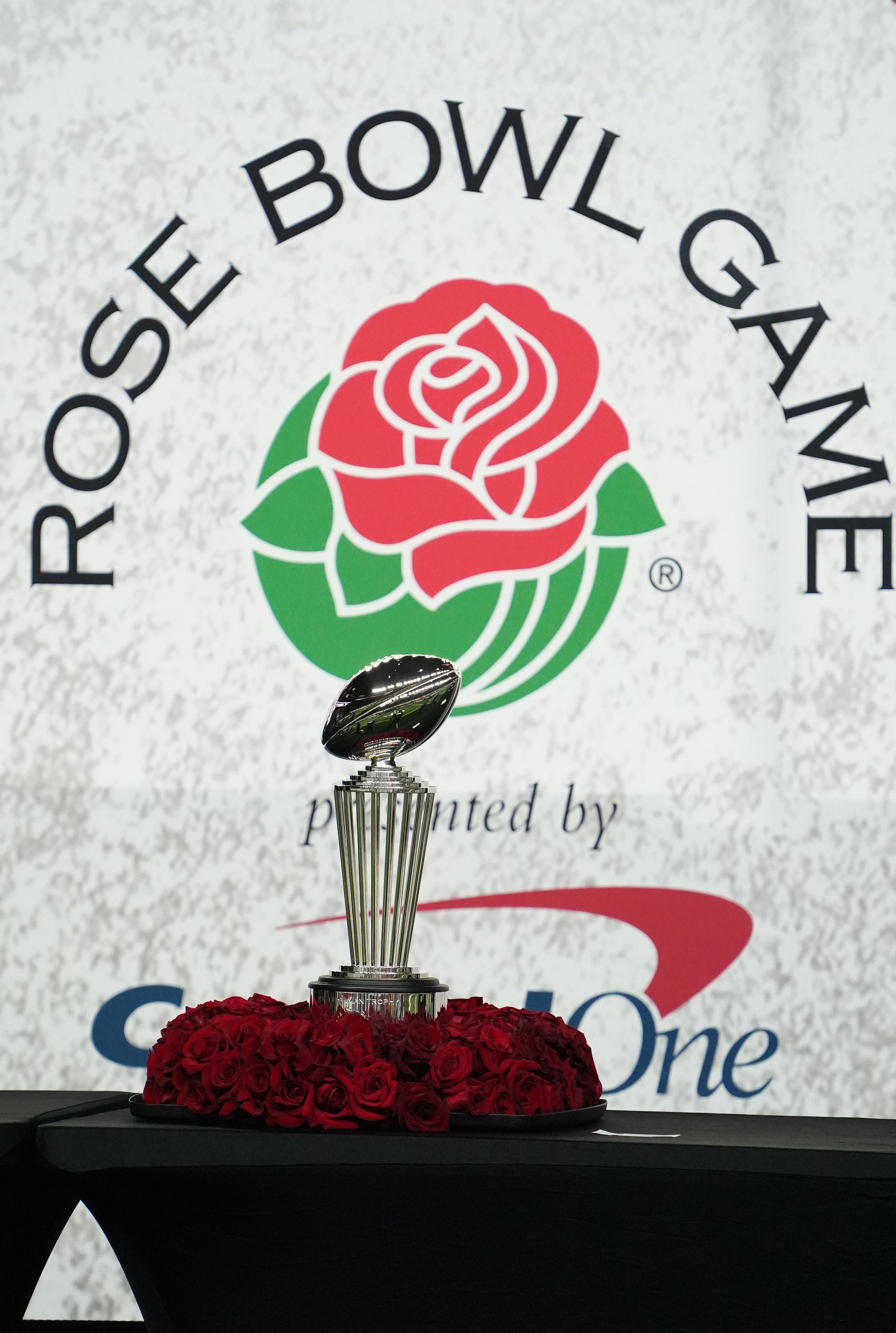 The 6th-ranked Ohio State Buckeyes are favored against the 11th-ranked Utah Utes in the Rose Bowl on Saturday, January 1st on ESPN. The Buckeyes would have much preferred to be playing in the College Football Playoff so it will be interesting to see how motivated they are to play in the Rose Bowl. On the other side, the Utes will be playing in their first-ever Rose Bowl and they are very motivated to win. The Buckeyes are listed as a 6.5-point favorite with the total at 66. Let’s look at the game and Rose Bowl picks.

This will be the first appearance for Utah in the Rose Bowl. They could be a live underdog in this one, as head coach Kyle Whittingham has a track record of winning bowl games. The Utes are 11-3 in bowl games under Whittingham. “We’ve had a pretty good track record in bowl games. We have a process that we follow and adhere to. It’s been successful for us,” Whittingham said to the media, “We’ll follow that just like we have in the other bowls we’ve played in. Not our first rodeo in that regard. … We’ve got a plan in place. Typically, our guys do a great job preparing for a bowl game. We’re going to have to, with Ohio State as our opponent. We’re going to have great preparation to have a shot.”

The Buckeyes are 10-2 SU and 6-5-1 ATS with seven games going over the total and five going under. They are the highest scoring team in the country, averaging 45.5 points per game. They are giving up 20.9 points per game. TreVeyon Henderson leads the team with 15 touchdowns and 1,172 rushing yards. C.J. Stroud has thrown for 3,862 yards, while Jaxon Smith-Nigba has 1,259 receiving yards. Haskell Garrett leads the team with 5.5 sacks, while Ronnie Hickman has two interceptions.

The Buckeyes will be playing in the Rose Bowl yet again and it is not where they want to be. Fans have no real desire to travel across the country again to see the Buckeyes play in a game they have been in before. The Buckeyes actually sent back 7,000 of their 20,000 Rose Bowl tickets. That means the Rose Bowl is going to have more fans cheering for Utah which gives the Utes a slight edge.

The Ohio State coaching staff and players are saying the right things, but motivation is definitely an issue. “I think a lot of our guys have a lot of pride in themselves and a lot of pride in this team,” head coach Ryan Day said to the media, “There’s been a lot of hard work and a lot of progress that was made all year from when we started this thing. We want to finish this thing the right way. We have a really good opponent in Utah, great bowl in the Rose Bowl, and so we want to have a great month.”

The Buckeyes are the more talented team, but there is no question that Utah has more motivation and will come into this game better prepared. Utah also has an offense that should be able to put up points on this Ohio State defense. The Utes definitely look like the right side in this one so we’ll take the points at SugarHouse sportsbook and also play the Rose Bowl to go over the total.