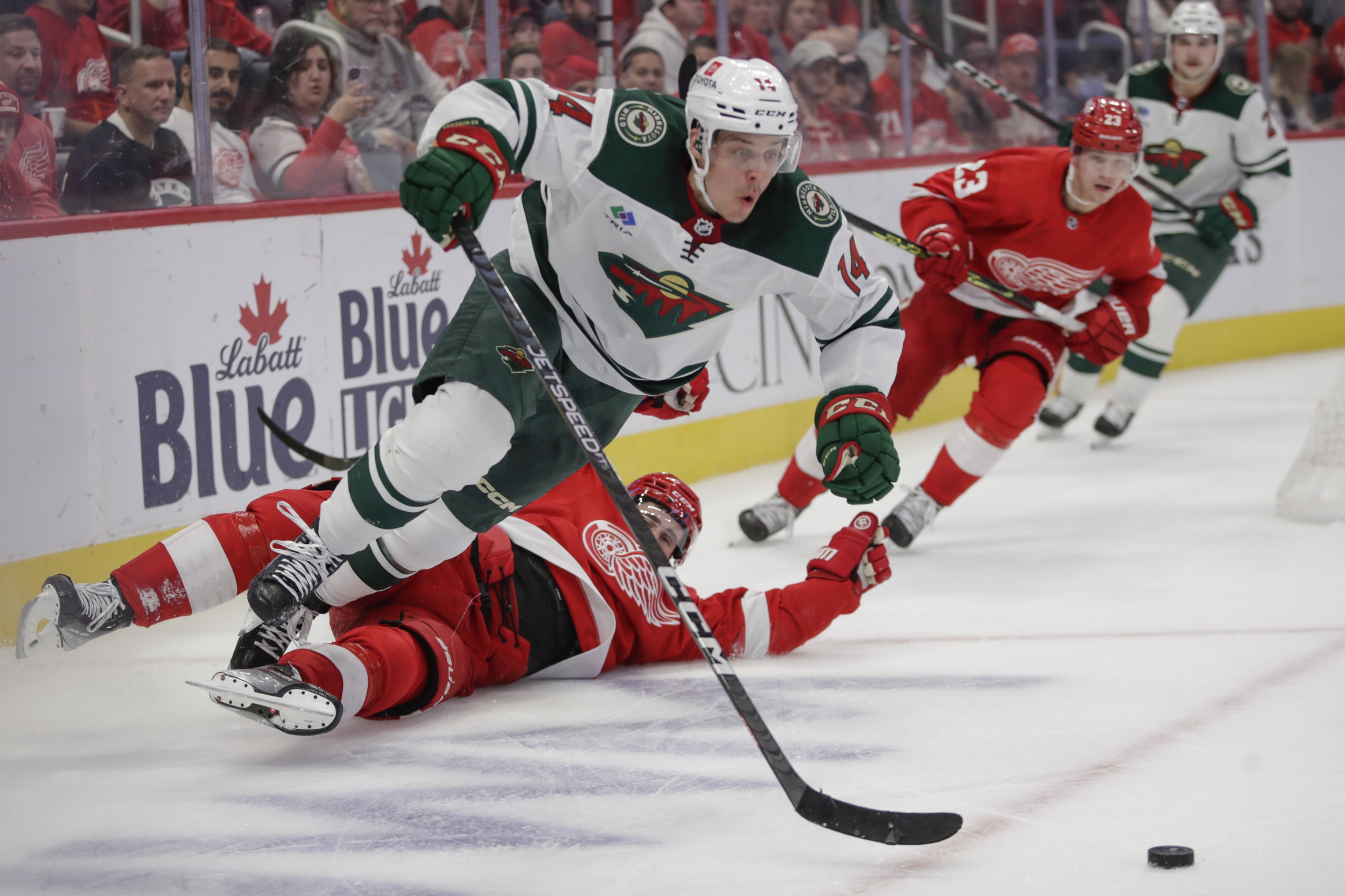 The Detroit Red Wings visit the Minnesota Wild on Wednesday night in a game that can be seen on TNT. It should be an excellent matchup, as each team has played better than expected so far this season and each is currently in a playoff spot in their respective conference. The Red Wings do have the disadvantage in terms of rest for this game, as Detroit was home against Carolina on Tuesday night, while the Wild hosted Edmonton on Monday night and then had Tuesday off. The Red Wings have been solid on the road so far this season, as they are 6-4-3, while the Wild were just 7-6-1 at home before Monday’s game against Edmonton. Let’s look at Red Wings vs. Wild picks.

The Red Wings have been a nice surprise this season, but they have definitely cooled off in the past couple of weeks. It is possible that a regression to the means was coming. Detroit is averaging 3.1 goals per game and that is 16th in the league. They are just 19th in the league on the power play at just under 22%. They are giving up 3.1 goals per game and that is 16th in the NHL. They are 12th in the league in penalty killing at just under 80%. Dylan Larkin leads the team in points, while goaltender Ville Husso leads the team in wins and in goals against average.

Minnesota looks a lot like Detroit, as the younger players for the Wild are making an impact. They have a potential superstar in Kirill Kaprizov and he is getting support this year from a number of young players. Matt Boldy is just 21-years old and he looks to be an impact player. He had 15 goals and 39 points in 47 games in his rookie campaign and he has 10 goals and 19 points in 27 games this year. Rookie defenseman Calen Addison is tied for third with 11 points on the power play and he looks like a future star. Minnesota also just called up AHL sensation Sammy Walker and he looks like he fits in very well on Boldy’s line.

This series had been dominated by Minnesota recently until earlier this season, as Detroit pulled out a 2-1 win at home in late October. That win broke a five-game losing streak for the Red Wings in the series. Minnesota won two high scoring games against Detroit last season, winning 7-4 at home and 6-5 in Detroit. The Red Wings have struggled in Minnesota over the years, losing 7 of the last 10 games. Three of those games went over the total, three went under, with four pushes.

This is a tough game to call, as the schedule favors Minnesota, as Detroit is playing with no rest, but the Wild haven’t been anything special at home and the Red Wings have been a decent road team. The key stat for me in this one is how Detroit has done in the second game of a back-to-back. The Red Wings have been excellent in that situation of late, winning their last five. Four of those five games went under the total. These teams met earlier this season in Detroit and the Red Wings pulled out a close 2-1 victory. It could be a similar result this time around based on some of the stats. I’ll go with the Red Wings at plus money and also take the game to go under the total.

NHL Pick: Red Wings and Under