Raiders, Chargers, and Rams are the Rabid Dawgs of Week 18 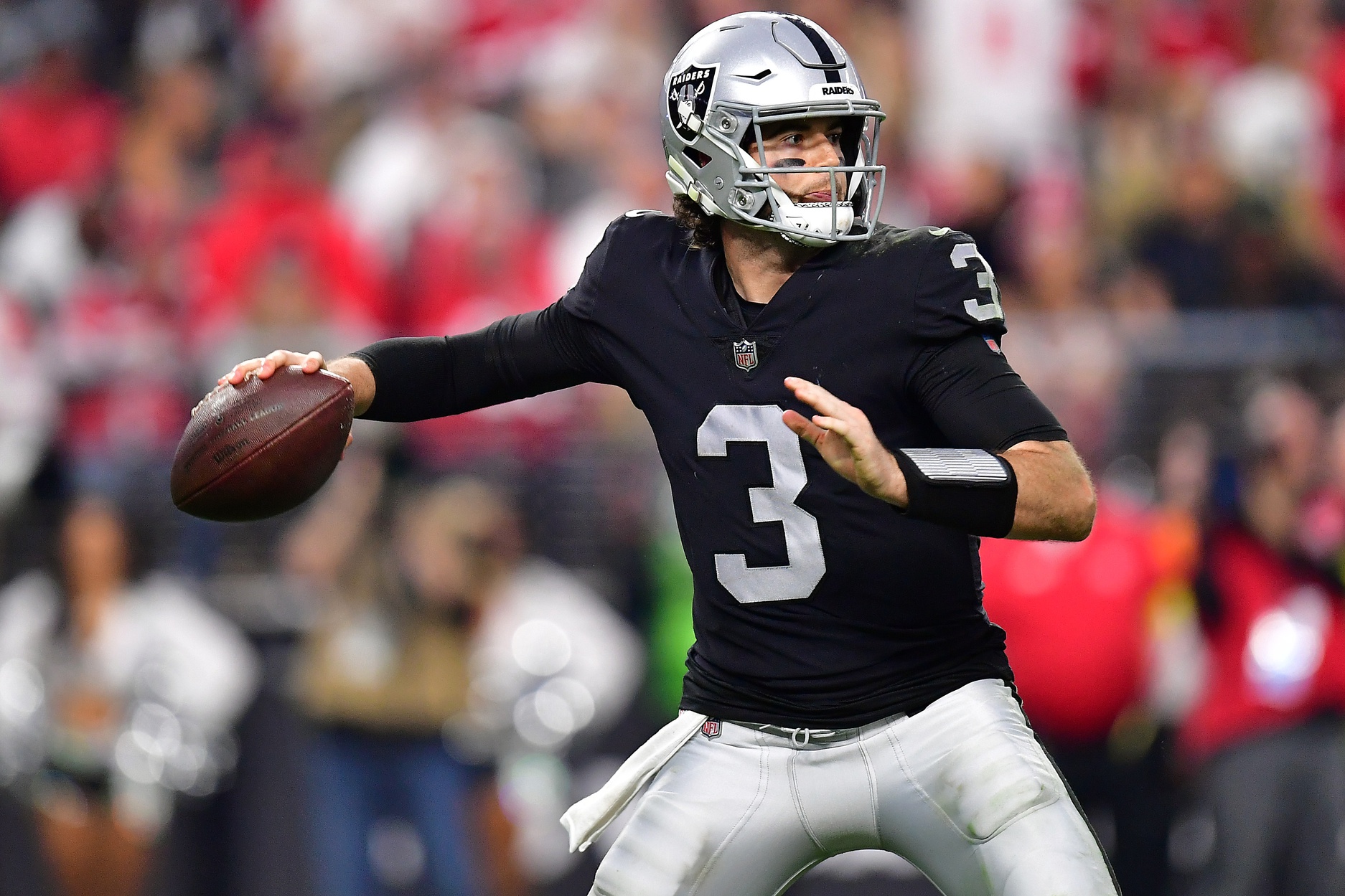 All three of last week’s Rabid Dawg positions would’ve cashed had the Carolina Panthers not allowed Tom Brady and Mike Evans to erupt to allow Tampa Bay to battle back from 14-0 and 21-10 deficits to score the comeback win. “The GOAT” finally put forth one of his patented GOAT performances. You can’t win ‘em all. We did however cash in with the Cleveland Browns who ended the Washington Commanders season by going into FedEx and dominating. Closing out the winning week was the New Orleans Saints who held up their end of the bargain to make the NFC South race a bit more interesting by going into Philly and cashing in as +230 pups. All in all, we boosted the bankroll at PointsBet Sportsbook and that’s what it’s all about.

Here’s to another plus-money showing with a trio of Week 18 Rabid Dawgs looking to sink their teeth into the opposition!

Call me a conspiracy theorist! Call me what you want! I think the fix will be in Saturday afternoon when the Chiefs and Raiders close out their regular season rivalry in the desert. The unfortunate turn of events that occurred on Monday night has put the NFL in quite the conundrum as big a game it was between the Bills and Bengals. With no time to fit the game in with the wild-card round set to kick off next week, I think the only way the league decides the top seed in the AFC is by calling the game in Cincy a tie and making sure the Chiefs fall to the Raiders.

In doing so, it would afford Buffalo the top seed by way of winning the tiebreaker due to ousting Kansas City in Arrowhead back in Week 6; provided the Bills defeat the Patriots in their home finale. While the Bengals get absolutely nothing out of it, they would move into the No. 2 seed should they beat Baltimore due to also owning a win over the Chiefs. This could all just be hot noise or it could be legit. Either way, I’ll throw a beer money investment at it knowing full well Vegas had KC on the ropes in the first meeting but failed to land the knockout blow.

For the life of me I can’t comprehend the Chargers catching points in this matchup with the Broncos. Now that Nathaniel Hackett has been fired and Russell Wilson actually showed a pulse last week after getting their teeth kicked in on XMAS Day by the Rams, I’m to believe they should be favored against a Chargers team looking to secure the fifth seed in the AFC playoff race? Nope! Not gonna do it! Not at this juncture.

It’s laughable to me that I’m getting a plus-money return with Justin Herbert and the Chargers whose newfound defensive prowess might just have it spring an upset or two along the way to shake things up in the AFC come the second season. Everything looks to be coming together perfectly for the Bolts at the absolute best time. They’ve rattled off four straight wins (3-0-1 ATS) and look to be playing with loads of confidence. This is a bad line the folks at PointsBet are currently offering up – Make Them Pay!

Raise your hand if you don’t want the Sunday Nighter between the Lions and Packers to mean anything. You’re allergic to fun if you’re hands up! As impressive a bounce back campaign the Seahawks have put forth in 2022-23, I have no inclination whatsoever to see their act in the second season. I’d much rather see an upstart Lions team or the cagey old vet try to make another run with the Cheeseheads. Regardless, I think Baker Mayfield and Cam Akers have a go at the Seahawks who handed LA a competitive 27-23 defeat when the teams locked horns in Week 13.

I came away shocked how easily the Seahawks disposed of the Jets last week. They rose up and took a chunk of my bankroll away because of it. But now that it’s known that they must win at all costs – or hope the Lions and Packers play to a tie – to punch a ticket to the second season, I’m interested to see how Pete Carroll’s troops deal with all the pressure. I’m betting on Geno Smith not handling it well and for the Rams to get back to dominating this rivalry much like they had in the prior nine meetings in going 7-2 SU and 6-3 ATS laying points all but twice.