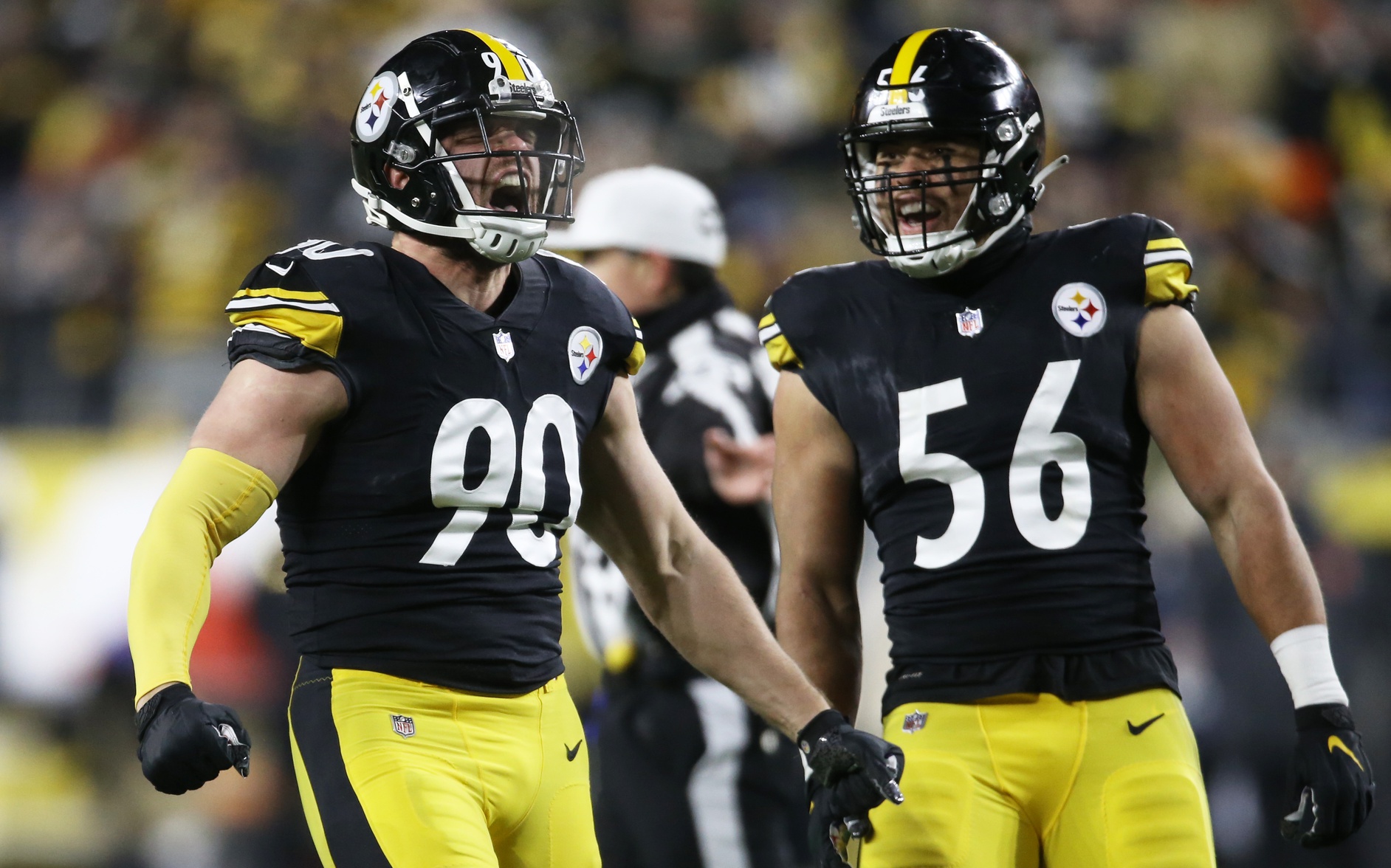 With a 7.5 game season wins total, linemakers at FanDuel Sportsbook are telling NFL bettors they believe the Pittsburgh Steelers will suffer their first losing campaign with Mike Tomlin at the helm. Pittsburgh had either churned out a winning or .500 record the 15 years prior. Now I get the absence of Ben Roethlisberger removes a veteran presence from what the Steelers brought to the table every passing week but did they really surpass a second straight win total because of his prowess under center?

I beg to differ! Whether it be Mitch Trubisky or rookie Kenny Pickett calling the shots, you can’t help but think either will add a dimension to the offense that had been lacking for a number of years now. And lest we forget, there’s some exceptional talent returning on the offensive side of the ball, while T.J. Watt returns to spearhead a top-rated defense with his first Defensive Player of the Year Award in tow.

I’m taken aback by the picture being painted about this team heading into 2022-23. The betting market looks to be buying in as well, but I believe they’re overthinking this one quite a bit. An over ticket is already in hand while waving my “Terrible Towel” in the other – bring it on!

Last season was one for the record books for the squad from the Steel City. When you take a deep dive on the team’s overall body of work, they had absolutely no business qualifying for the second season. They owned a point differential of -55 and logged an incredible 8-2 record in one score games with eight of their nine wins coming by an average of just 4.4 points per game.

When you think of Super Bowl winning Steeler teams, you think of ones that were able to both pound the rock and stuff it on the other side of the ball. That wasn’t the case last season with its owners of the fourth worst rushing attack that was overshadowed by the league’s absolute worst run defense. Those stats were accrued against what Sharp Football Analysis stated was the toughest schedule strength in the game. Guess what, the Steelers will now run up against what’s expected to be the fourth toughest schedule this time around!

Now for some reasons why Pittsburgh actually has a shot at defying the odds at FanDuel this season; For starters, there’s some uber talent on this roster. Najee Harris proved to be a battering ram throughout his rookie year in combining for over 1,600 scrimmage yards while averaging just 3.9 yards per carry behind one of the worst offensive lines in the game. Though the O-Line enters the year ranked No. 22 overall at FTN Fantasy, it was shored up in the offseason and now has plenty of depth. Should it produce league average outputs at minimum, the talent in the pass catching corps should allow for Pittsburgh to dramatically improve upon its offensive outputs with some new blood slinging the pigskin.

This is a contract year for Diontae Johnson who enters it off his best season as a Steeler. His yardage prop currently clocks in around 1,000 and his 85.5 reception prop is the eighth highest on the board at FanDuel. He’ll be doing work alongside third-year WR Chase Claypool who regressed terribly last year and will be looking to make amends. I got George Pickens targeted as one that opens some eyes in his rookie campaign much like TE Pat Freiermuth did in his last season (60/497/7).

Get used to hearing Pickett to Pickens for many years to come! But will it be the rookie that leads the offense onto the field in week 1 against the division rival Bengals? I personally don’t think so, but I also had Pittsburgh going with Malik Willis at No. 20 in my mock draft ;)

No need to break the defense down too much. With the addition of LB Myles Jack on the inside, Pittsburgh should improve dramatically against the run. Minkah Fitzpatrick just got paid and will be looking to prove his worth. To have any shot of cashing this over ticket in, the Steelers must bring their “A” game to the field right out of the chute. Four of its first six opponents just qualified for the playoffs, and the backend of its 17-game schedule doesn’t look to be a walk in the park either.

While there is a concern that negative regression hits hard in the first Big Ben-less season since 2004, I believe in the coaching staff and the culture they’ve created throughout their time in the Steel City. The fade of this team is on! I’ve started to see some 7s hit the board with heavier juice attached to the over. With the team forced to play nine on the road, I would be willing to lay a little extra chalk just in case it takes the offense a few weeks to get used to its new ringleader. Either way, I believe Tomlin keeps his streak intact.