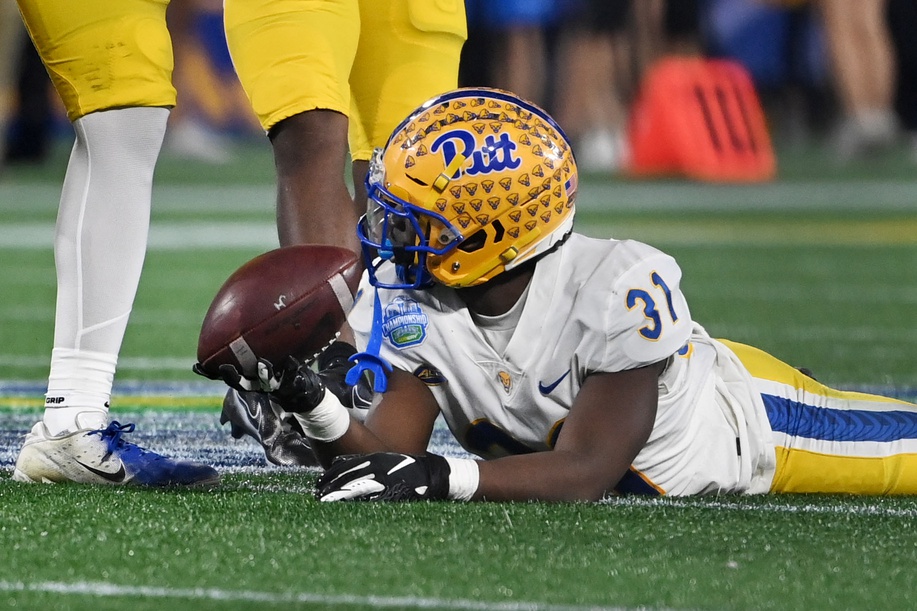 If you rode the Cody Pickett money train a season ago, the Pittsburgh Panthers did a solid to your bankroll by winning the ACC outright title as +6600 underdogs. While the path was made all the more easier due to Clemson taking a step back, PITT absolutely deserved all the accolades that went its way after winning it all. While many a college football bettor will look to fade the Panthers in Pat Narduzzi’s eighth year at the helm due to Pickett moving onto the NFL and stud WR Jordan Addison bolting for SoCal to form a dynamic duo with Caleb Williams, there’s still plenty to like about what PITT returns to the gridiron for the 2022 college football betting season.

A plethora of starters return from last year’s title winning team. Both sides of the ball are strong in the trenches. The kicking game is sound. And then there’s the acquisition of QB Kedon Slovis that could go down as the best transfer portal get of the season! The cherry on top of backing Pittsburgh to win at least nine games this season is a very doable schedule. It’ll be game on if the Panthers hold serve in their first two home games against West Virginia and Tennessee with the latter matchup likely to be one of the more entertaining bouts of the year!

PointsBet Sportsbook recognizes the potential of this year’s squad once again being a player in the ACC with it odds (+750) of winning the title sitting only behind Miami and Clemson and being tied with NC State. Its +250 rate of return to win the Coastal Division is only in back of the favored Hurricanes. I’m still bullish on this team competing over the course of the regular season, so gimme the over of their season wins total at an even money return!

Last year’s 10-2 regular season tally saw PITT cash the over of its season wins total for the second straight season. After just barely going over the number in 2019, the Panthers destroyed their preseason expectations ultimately making a mockery of the fact that their number to beat went off the board at seven with heavier vig supplanted on the under. So just what will the team have up its sleeve for 2022? Let’s dig in and find out.

From a scheduling perspective, it looks to be much easier early than late; the ACC/SEC clash with the Vols aside. Five of the team’s first six games all come in the comforts of Heinz Field where the team went 5-2 SU and 4-3 ATS a season ago. The lone road game is to occur at Western Michigan for the huge grudge match with the Broncos who handed them a shocking 44-41 defeat as two-touchdown road dogs in September of last season. The back half of the schedule has four of six games being played away from the Steel City versus Louisville, North Carolina, Virginia, and Miami – the season finale just might have a ticket to the ACC title game on the line. Keep in mind, this squad flourished on the road last year in winning all five games both straight up and against the closing college football odds.

The offensive line returns completely intact. So too does the backfield. With that, expect the Panthers to greatly improve upon what was the nation’s No. 72 ranked rushing attack. Through the air is where the Panthers buttered their bread. Pickett led the nation’s No. 6 ranked aerial attack. He capped it off by throwing a career-high 42 touchdowns while only throwing seven errant passes. I firmly expect Slovis to step right in and flourish in this offensive scheme even with former OC Mark Whipple bolting for Lincoln in the offseason. While the loss of Addison will be felt, the pass catching corps still looks to be in fine shape; the addition of former Akron WR Konata Mumpfield is sure to give the unit a jolt.

The defense is stout within the front seven; especially up front where DE Habakkuk Baldonado and DT Calijah Kancey will look to improve upon the defense being ranked No. 2 in sacks and No. 5 in tackles for loss in the nation. The secondary is an entirely different story. It proved to be the weak link of the stop unit with all three losses incurred due to allowing the opposition to go HAM through the air. Sacks and forced turnovers will once again be tallied. The success of the team will ultimately be determined by the improvement of the cover men.

Points, points and more points! Look for Pittsburgh to dent the scoreboard once again after cashing over tickets at an 8-5 clip a season ago. I wouldn’t be shocked if it improved upon that number this time around, but you can expect the market to be a little more locked in – don’t buy the steam! Regardless, I’m still bullish on this program. It’s been to the ACC title game two of the last four years, and is entrenched as a contender in my eyes until proven otherwise. Gimme the over of their win total at PointsBet Sportsbook!