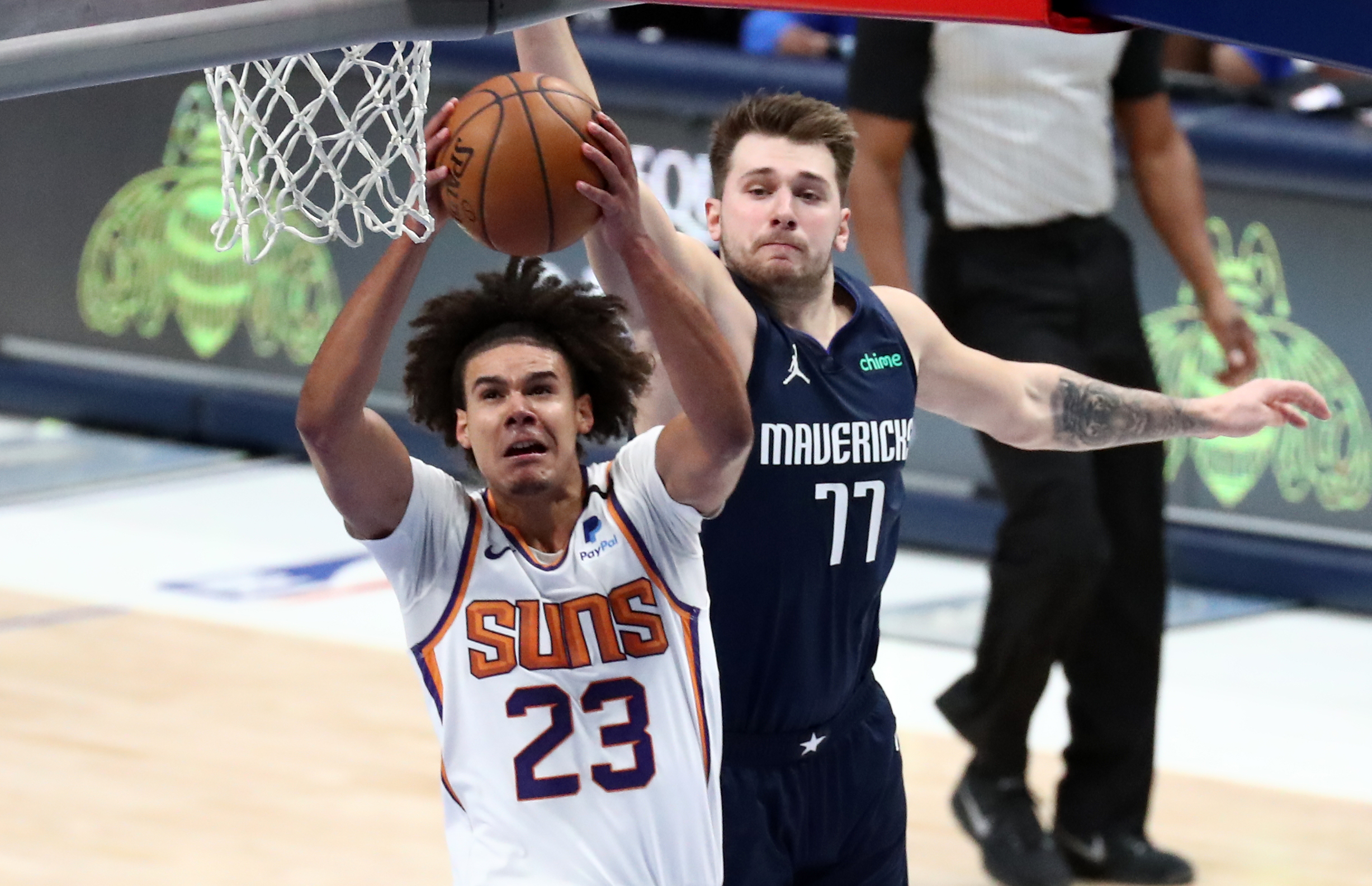 The Phoenix Suns will put their NBA-best 34-9 record on the line this Thursday in a matchup with Western Conference foe Dallas. The Suns have reeled off four consecutive wins to overtake Golden State as the top team in the land, but will have to get past Luka Doncic and a gritty Mavs squad to maintain that standing.

Dallas finds themselves on a winning streak of their own, ripping off three straight victories and winning nine of their last 10 games to get back in the playoff picture. Can they keep the train rolling against the high-flying Suns?

When looking at how these teams rank in terms of NBA Championship positioning, Phoenix currently holds the league’s third-best odds of bringing home the title at +650. Dallas is a little lower down the list at +4000.

Check out BetMaker’s preview and prediction for the upcoming slugfest before placing your NBA wagers at SugarHouse online sportsbook.

The Suns enter this matchup as the league’s third highest scoring team, averaging 112.5 points a night. That comes due to an NBA-leading 47.6% shooting percentage from the field, including a 36.8% mark from behind the three-point line.

The Suns have topped 112 points in each of their last three contests, while averaging 116 points over their last nine matchups. Dallas will be responsible for slowing this offensive attack with a third-ranked scoring defense.

The Mavs allow just over 102 points to opponents while limiting foes to just 38 converted baskets a game (#5 in the NBA). Dallas is 9-1 over their last 10 outings, holding seven of those teams below 100 points. This will truly be a matchup of strength on strength.

On offense, Dallas tends to slow things down. They’re efficient, making 54% of their shots inside the arc, but they only score around 105 points a night. They may find points to be at a premium versus the Suns’ sixth-ranked scoring defense.

Both of these teams have been NBA best bets over the last few weeks.

Phoenix is 7-3 against the spread in their last 10 matchups, with six of those outings falling under the predicted point total. The Suns win with a balance of both offense and defense, making point totals hard to quantify.

Dallas, meanwhile, is also 7-3 against the NBA betting lines over their last 10 contests, but the under has hit an incredible nine times. The slow play of the Mavericks’ offense can lead to lower scoring affairs, which may be something to watch in this upcoming battle.

As for head-to-head, Phoenix has beaten Dallas in both previous meetings this year, holding the Mavs to 101 points a game. Dallas did cover in both of those losses, while the over/under was 1-1.

The Suns have been great this year, still being the only team in the NBA to boast single digit losses. They’ve been impressive on both offense and defense throughout the season, and are much deserving of their current stronghold on the No. 1 spot in the Western Conference.

Still, we have to like Dallas to at least cover in this matchup.

As previously mentioned, the Mavs are 2-0 against the spread versus Phoenix this year, covering as underdogs in both.

Also benefitting the Mavericks will be the fact that they’re playing at home, a luxury Dallas didn’t have in their last two meetings. The Mavs are 13-8 at the American Airlines Center, winning each of their last five games on their home court.

Another trend to consider is the over/under, which has fallen below the predicted total in nine of the Mavericks’ last 10 outings. With both teams playing the night before this Thursday matchup, look for scoring to stay lower than expected.

We’ll take the Mavs against the spread here, with the under hitting for Dallas yet again.

NBA Picks: Dallas to cover, UNDER the point total