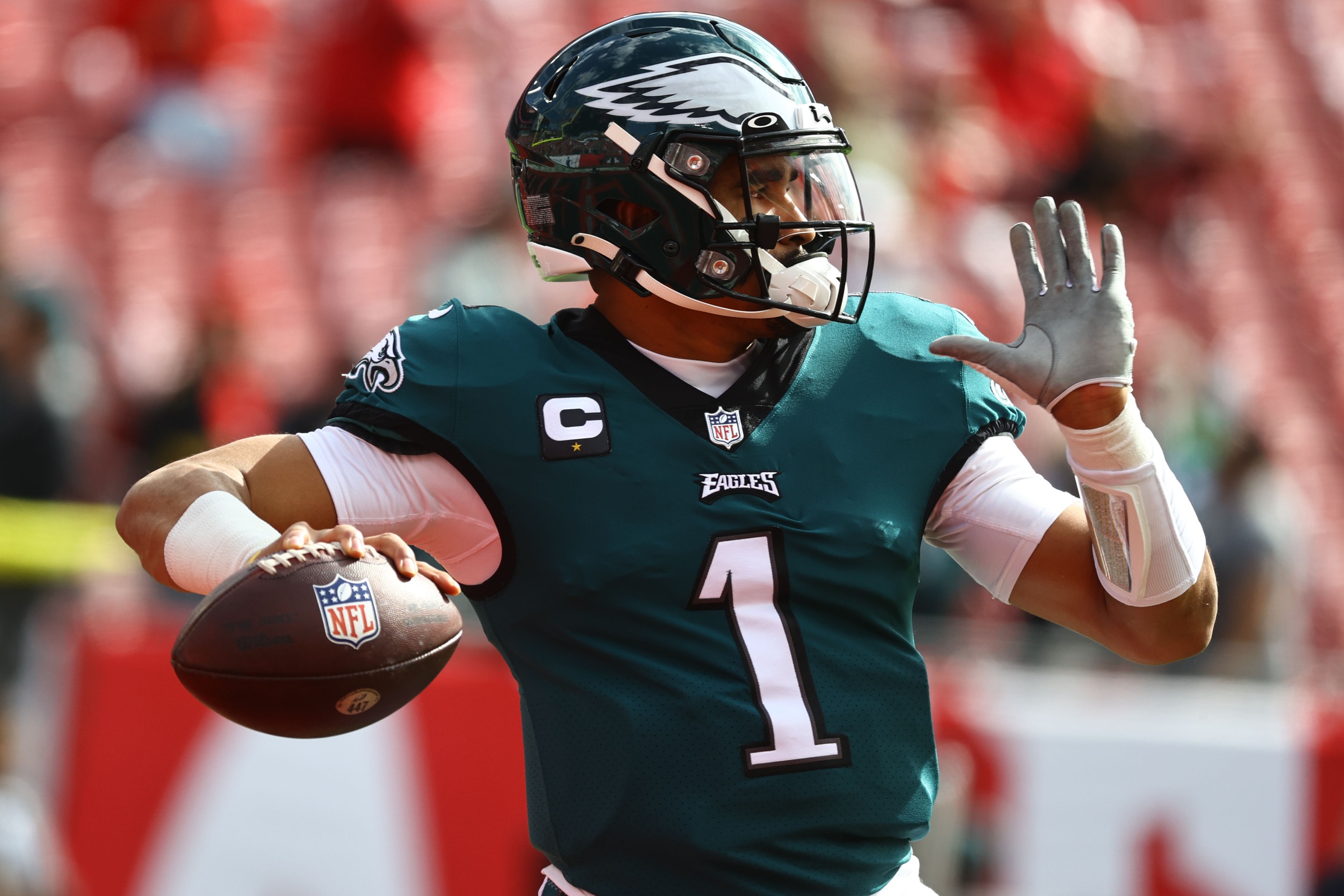 Regardless of whether the Philadelphia Eagles improve upon last year’s 9-8 showing and exit in the wild-card round, the arrow is most definitely pointing up in the City of Brotherly Love. Howie Roseman and his staff did so by positioning the team for success for years to come. Along with dramatically improving itself defensively in the NFL Draft while also trading for one of the best wide receivers in the game, Philly still has two first round picks in next year’s draft and already looks to have a roster in hand that could dominate and compete for NFC East bragging rights. Believe it or not, but it’s only going to get better.

Should Jalen Hurts prove to not be the guy in 2022-23, you can bet your bottom dollar the QB of the future will be selected early on next year. I made a little cash on the Eagles in Nick Sirianni’s first season at the helm by betting over 7 wins at a plus-money return. While the season started out rough with two wins logged through Week 7, Philly would go on to win seven of its final 10 games to return to the postseason off a year hiatus. Linemakers at FanDuel Sportsbook have bumped their season wins total up 2.5-games up to 9.5 because of it. However, the betting market has its reservations evidenced by heavier -120 juice attached to the under.

I’ll fade that noise and once again look for the #FlyEaglesFly to give a Cowboys team I have no faith in a major run for its money. This division hasn’t been won by a team in back-to-back years since the turn of the century. The Eagles are my pick to win it this time around, so snag a piece of them at 2-1 to do so and also look for them to soar over that win total!

Philly has been extremely lucky from a scheduling strength perspective of late. After running up against what was expected to be the fifth easiest slate of opponents last season, Sharp Football Analysis currently has their 2022-23 schedule rated out as the second easiest in the league. Keep in mind, this info is predicated solely upon opponent’s season win totals and isn’t taking into account the improvement teams like the Lions, Commanders, and Jaguars will exhibit this season. That being said, the Eagles are still on a different level than most opposition and will be favored to win a majority of their games.

The recipe to Philadelphia’s bounceback 2021 campaign was its ability to run the football down the opponent’s throat. Its near 160 yard per game average rated out as the No. 1 rushing attack with Hurts, Miles Sanders, Jordan Howard, Boston Scott, and rookie Kenneth Gainwell all lending helping hands. With the offensive line morphing into one of the best overall units in the NFL last season and it returning everyone with added depth, it doesn’t take a rocket scientist to figure out the ground assault will once again butter the offense’s bread.

However, the addition of A.J. Brown in a trade with Tennessee now affords a viable passing attack to line up directly with an unforgiving running game. Fingers crossed the injury bug stays away from Philly’s front wall! If it does, we can be looking at one of the most lethal offenses in the league that’s sure to make many an NFL bettor and fantasy footballer good money be it betting on props or DFS. Devonta Smith nearly hauled in 62 percent of his 104 targets for 916 yards and only 5 TD with a forgettable supporting cast surrounding him. He could be in line for a bust-out campaign. While everyone else in your fantasy league is rushing to the podium to see what Brown can do for them, be patient and snag the better value in Smith later on. He could help win you a fantasy title!

While the defense ranked out above average in most pertinent stat categories, it lacked a sackmaster, versatility at the linebacker position, and an all-out run stuffer up front. That is no longer the case with this year’s unit. Haason Reddick comes over from Carolina to man one of the OLB positions off double-digit sack tallies the last two seasons, while S Kyzir White was a tackling machine his last two seasons with the Chargers. Then there were the two rookie selections of Georgia standouts Jordan Davis and Nakobe Dean. Bringing it all together was the shocking one-year deal given to James Bradberry to line up alongside Darius Slay at the other cornerback position. Along with all the starting talent, DC Jonathan Gannon’s defense has an enormous amount of depth. So much so that it is in my opinion that Philly’s defense will be the best unit marched onto the field within the division; possibly the entire league!

After getting out to such a poor start last year, look for Philly to make a concerted effort to get out of the gates in style this time around. Don’t be shocked if they enter their Week 7 bye undefeated or 6-1!