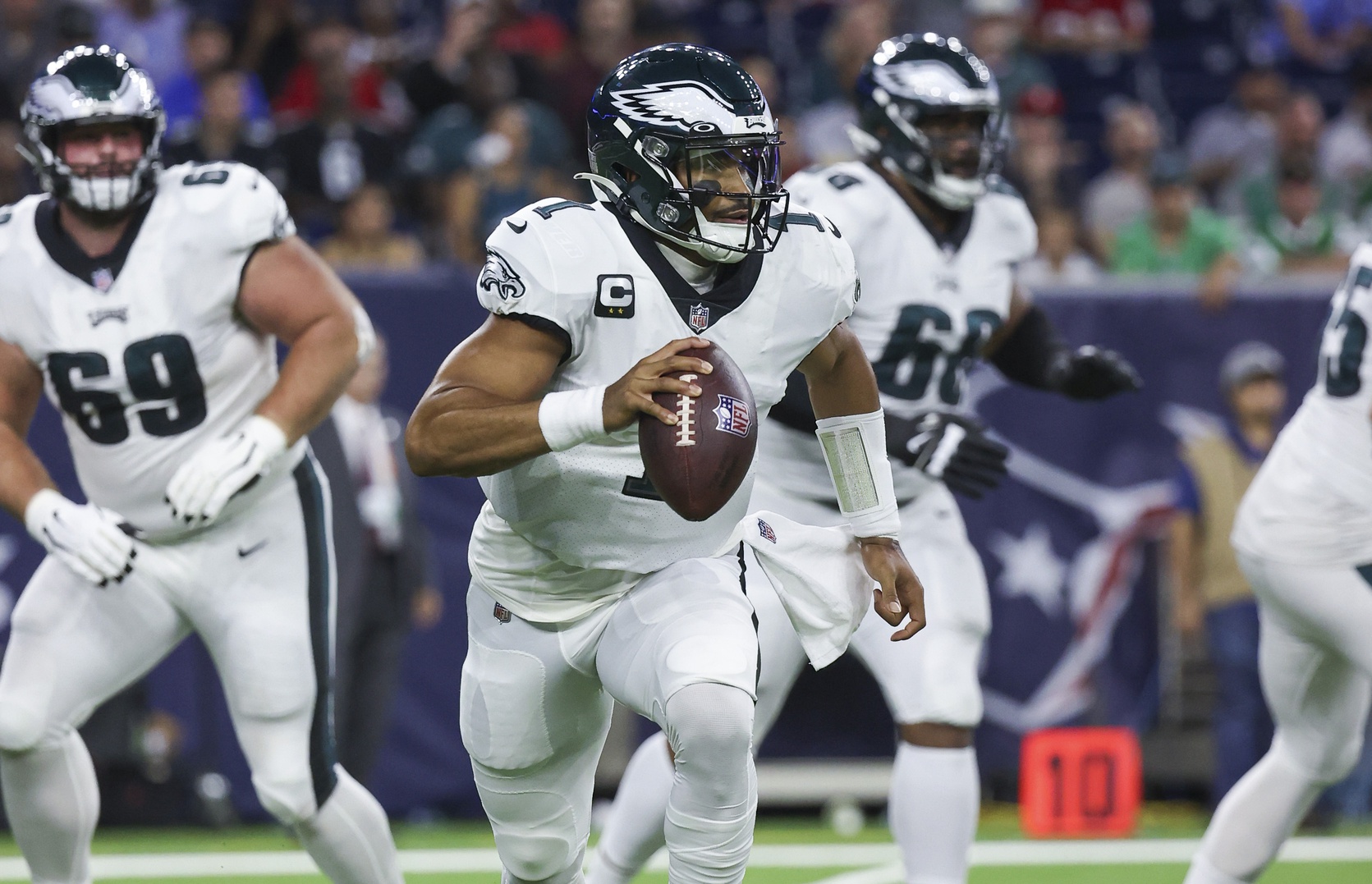 The NFC East looks to be the crème de la crème of the conference entering Week 10 with the Eagles, Giants, and Cowboys all logging at least six wins. Much like the NFC West last season, it looks like three teams will go on to qualify for the playoffs. Sorry Washington, but it likely isn’t happening! Let’s dig into the futures odds at BetRivers Sportsbook and see if any value is being offered up that should be taken advantage of right now.

With New York and Dallas each on bye and the Commanders falling to the Vikings at the gun, the Eagles saw their odds of winning the NFC East get a tad longer (-375 to -400) after scoring the win and non-cover in Houston to kick-off Week 9. This is still far and away the leader of the pack evidenced by BetRivers offering up 11-1 odds for Jalen Hurts and Co. to go undefeated the rest of the way.

This team still won’t oppose a winning opponent until welcoming Tennessee into the Linc in Week 13, and it remains to be seen whether the overrated Titans will sport a winning record by then. Things don’t start getting interesting until mid-December when it’s got three straight on the road against the Giants, Bears, and Cowboys.

Unfortunately the window of opportunity has been slammed shut in terms of getting value with Philly in the futures market. I’m sitting back with my plus-money ticket and expecting to be entertained!

The Cowboys odds to win this division stood pat over the course of the bye week. Last we saw Mike McCarthy’s squad in live action, they smacked Chicago 49-29. They’ll look to keep the positive momentum going over the next two weeks on the road against a pair of NFC North opponents in the Packers and NFC North leading Vikings. Should they win both matchups, they’ll return home to oppose the Giants, Colts, and Texans.

A trip to Jacksonville to face the upstart Jaguars lines up right before arguably the biggest game remaining on the docket – A Christmas Eve home clash with the Philadelphia Eagles. But even if they win that game and the Eagles enter it undefeated, the Cowboys would still be a game back in the standings should they be in the midst of an eight-game win streak.

This is still an extremely dangerous team, but I have no interest in laying $3335 to win $100 to make the playoffs, and I’m not laying -121 chalk on the team going over its 11.5-game adjusted in-season wins total.

I’m very interested to see what Brian Daboll and the Giants have in store for us NFL bettors the remainder of the season. I already own a ticket on Saquon Barkley and Co. to win this division, but a better rate of return is currently being offered up. Of the team’s first eight games, only three came against teams that currently own a +.500 record. They managed a single win against a winning team; that coming in a come-from-behind closing minutes win at Tennessee the opening week of the season. Both losses were incurred against the other two winning teams.

The back half of the schedule is division dominated following the next two home games against the Texans and Lions. Five of their seven final games come against the Commanders (x2), Eagles (x2) and Cowboys. I no longer think the Giants win this division, but do think it competes for a playoff berth and has a shot at surpassing its adjusted 10.5-game wins total. The +149 pay-off makes it worth a beer money flier even though I’m already invested in the pre-season 7.5 game wins total at +132.

Linemakers give “Riverboat Ron’s” squad next to no shot of winning this division with the Commanders odds of doing so fattening up to 150-1 after dropping yet another single possession decision to the Vikings. I already jumped off the train when I last reported a few weeks back, and don’t recommend getting involved with any Washington futures odds moving forward.

While the defense looks to be coming around, the offense is still about as exciting to watch as paint dry. Until that changes the Commandos aren’t competing with the heavyweights for division supremacy.