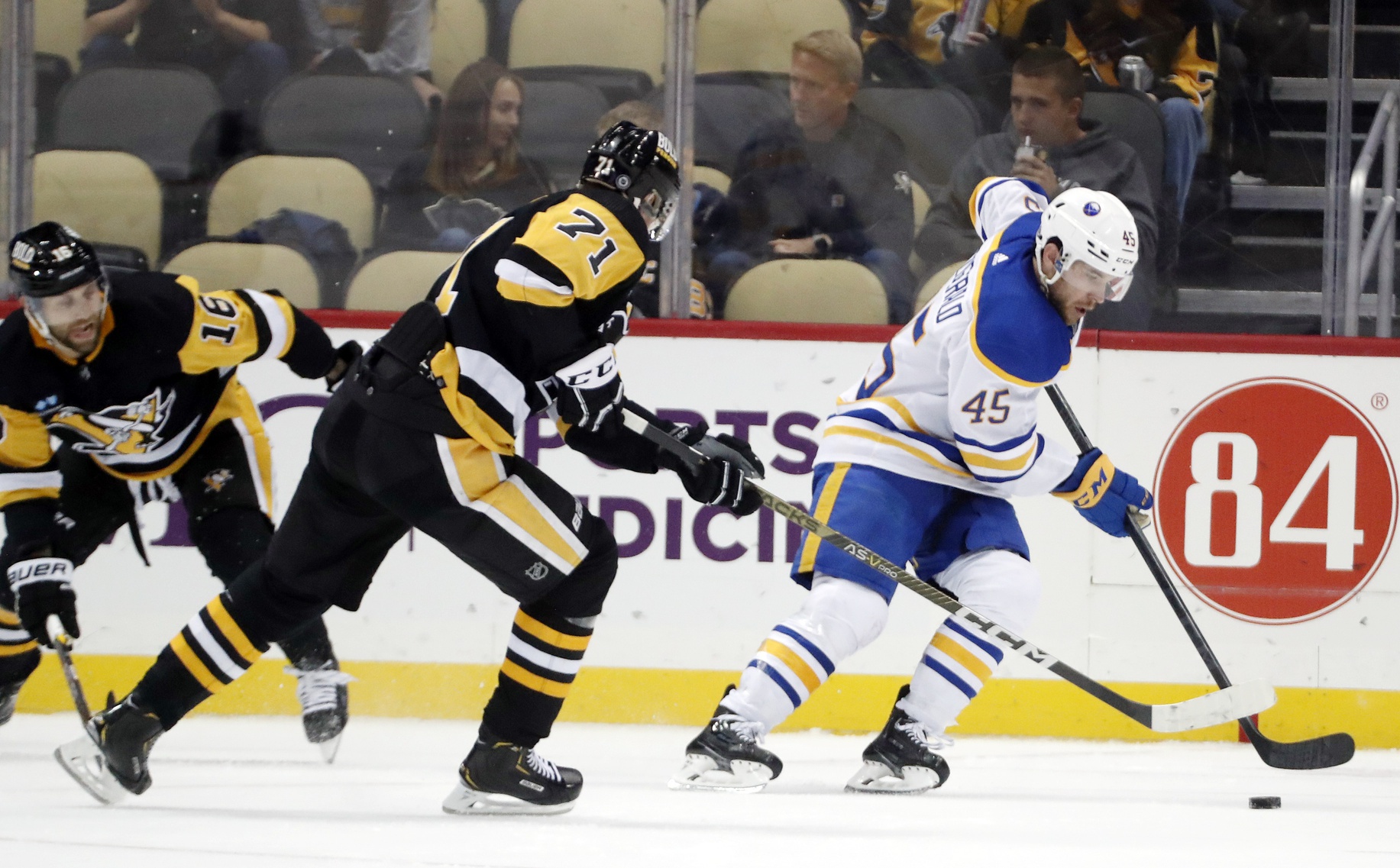 The Pittsburgh Penguins visit the Buffalo Sabres on Wednesday night in a game that can be seen on TNT. The Penguins have been up and down to start the season and are hovering around the .500 mark, while the Sabres have been an early surprise and have a winning record. This is not the best spot for the Penguins, as this will be the second half of a back-to-back, as they were home against Boston on Tuesday night. The Sabres are in a better spot, as not only are they at home, they had Tuesday off after hosting Detroit on Monday night. The Penguins have won 7 of the last 10 against the Sabres but the series has been more competitive lately, as the teams have split their last six meetings. Let’s look at Penguins vs. Sabres picks.

The Penguins are trying to ride Sidney Crosby and Evgeni Malkin to one more big playoff run. That may end up being a mistake, as neither player is what they once were. Crosby still has his moments, but Malkin is the same player he has always been. He can look like one of the greatest players in the league one night and then be completely invisible the next night. Pittsburgh’s best player might actually be Jake Guentzel who is tied for the team lead in goals this season.

It should be noted that Buffalo has gotten off to hot starts in the past and then crumbled. In the last four years they are 25-11-5 in the month of October. They have collapsed in November in the last three seasons. They were a combined 9-25-7 in November of 2017, 2019 and 2021 (remember, there were no games in 2020). The schedule coming up gets really difficult for Buffalo, as they host Pittsburgh on Wednesday and then have a back-to-back in Carolina on Friday and Saturday in Tampa Bay.

We noted earlier that the Penguins have won 7 of the last 10 in this series, but the teams have split their last six. The teams played three times last season and Buffalo won two of the three. The Sabres won 2-1 in Pittsburgh and 4-3 at home, while losing 3-2 in Pittsburgh. Six of the last ten overall in the series have gone under the total, with three going over, with one push.

I think the Penguins overall are overrated but I am not completely sold on Buffalo either. Pittsburgh is still the better team and I am worried about all of the injuries right now to the Buffalo defense. The Sabres know they will have to protect their young defensemen in this game and play a tight style of hockey against the Penguins. The trends also point to a low scoring game, so I will go under the total on Wednesday night.