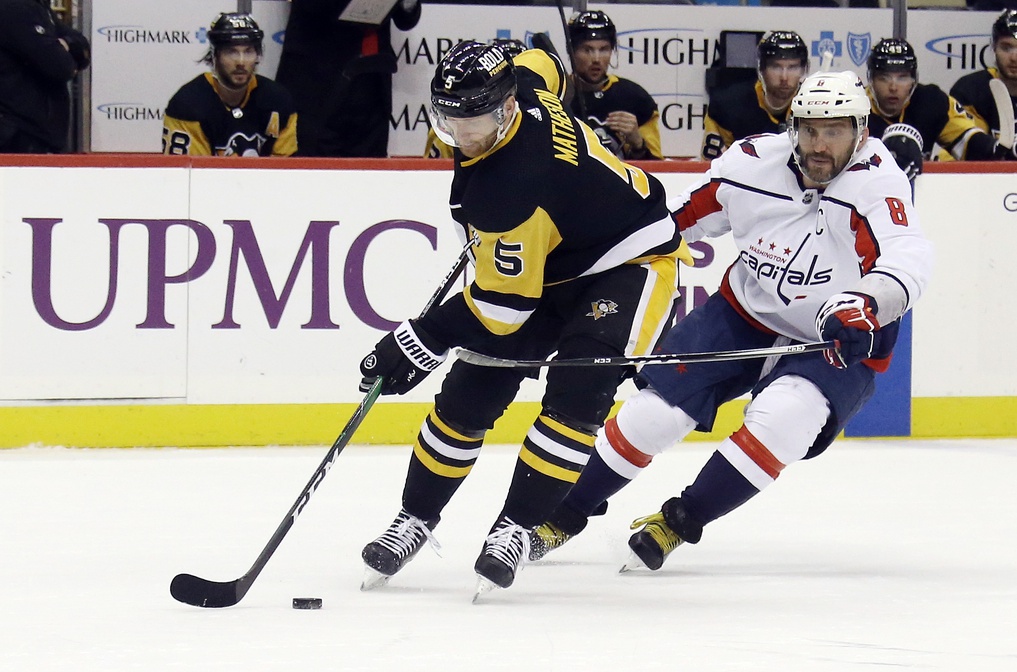 The Pittsburgh Penguins visit the Washington Capitals on Wednesday night in a game that can be seen on TNT. Despite the Penguins and Capitals getting off to slow starts this season, this is still a high-profile matchup because it features superstars Sidney Crosby and Alex Ovechkin. The Penguins come into this game on a 7-game losing streak and it has not been this bad for Pittsburgh in a long time. If there is ever a spot for the Penguins to turn the corner it should be on Wednesday, as Pittsburgh has had plenty of time to get ready for this game, as they have not played since Saturday. On the other side, the Capitals are also not playing well and they will have had just one day of rest, as they hosted Edmonton on Monday night. The Penguins and Capitals have split their last ten meetings with seven of the ten going over the total. Let’s look at Penguins vs. Capitals picks.

The Penguins still have Sidney Crosby and Evgeni Malkin and although both players have decent stats this season, the Penguins are losing games. They come into Wednesday’s game against Washington on a seven-game losing streak. Despite the losses, the Penguins are well coached and head coach Mike Sullivan still believes in his team. “I believe we have a good hockey team,” Sullivan said to the media, “I believe we have good players. I believe that we’re capable of playing a much better game.” The Penguins have had leads in many games this season, but they have not been able to shut the door and close games out. They will get a chance to right the ship on Wednesday at Washington.

The Penguins are averaging 3.6 goals per game so they are scoring enough to win games, but their defense has been poor, as they are giving up 3.7 goals per contest. Crosby leads the team with 14 points. The goaltending duo of Tristan Jarry and Casey DeSmith has been inconsistent this season.

The Capitals were 5-6-2 in their first 13 games so they are not in that much better shape than the Penguins. Washington is almost the opposite of Pittsburgh in terms of their stats, as they are really struggling to score goals but they play solid defense. The Capitals are scoring just 2.8 goals per game and they are giving up 2.8 goals per contest. Ovechkin leads the team in points with 11, while Darcy Kuemper has played well in goal and he has a goals against average of 2.42.

I said last week that I think the Penguins are overrated but there is no doubt that Sullivan is a good coach and this Pittsburgh team does have talent. I think they may be in better shape than the Capitals who look to have even more problems. Washington has gotten good goaltending out of Kuemper and they still have Ovechkin but the Capitals have far too many holes on their roster right now because of injuries. The Capitals are without four key players, and none of them are coming back anytime soon. They are without Carlson, Backstrom, Oshie and Wilson. Washington has done well to hover around the .500 mark but it shouldn’t be long before the Capitals really start to struggle. This game on Wednesday night is a perfect spot for the Penguins to break their losing streak and get things headed in the right direction. I’ll take the Penguins in this game.