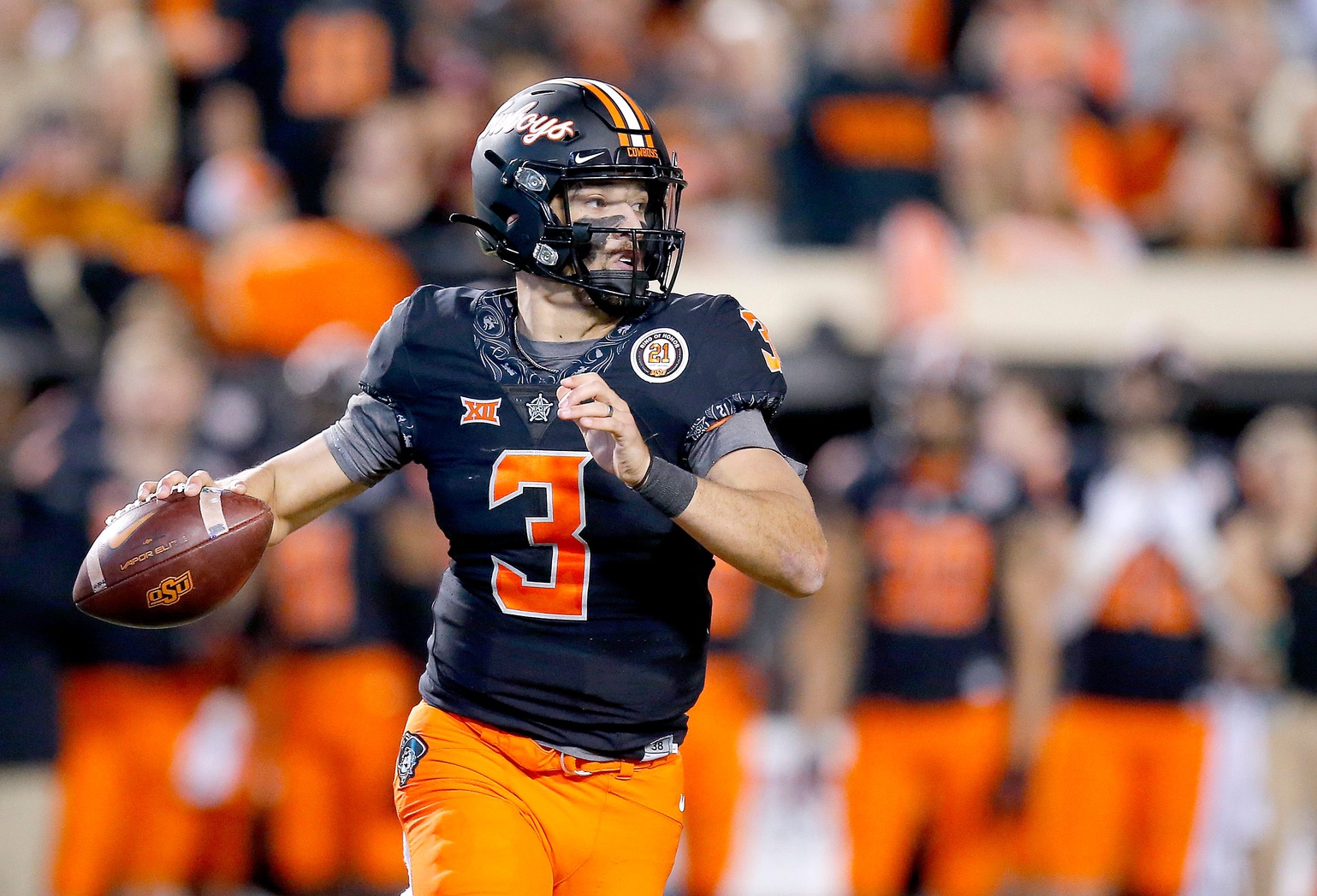 What more can one say about the job Mike Gundy has done throughout his previous 18 seasons overlooking the program in Stillwater? Oklahoma State produced a winning campaign in all but one of those seasons, and it occurred the first year he took over the reins back in 2005. More importantly, the Cowboys enter the 2022 college football betting season having gone bowling each of the last 16 years, and linemakers over at PointsBet Sportsbook are of the belief that the record remains intact come the New Year with the Cowpokes season wins total currently clocking in at 8.5 even though heavier juice is currently attached to the under.

As much as I want to believe this squad has the wherewithal to build upon last year’s memorable campaign that saw it flirt with a bid to the College Football Playoff, I’m just not sold. Way too much talent from that 11-2 team has departed, and I got the Big 12 pegged as an improved conference overall which should make for a more competitive nature in league play. This team ranks No. 111 in the country in returning production, with seven players returning on offense and only four on the other side of the ball. While Gundy has done a tremendous job building up the depth of the program through the years, it’s a big ask to expect those stepping in to mimic the production that’s been lost.

As such, I’m selling the Cowpokes in 2022 and will be buying the under of their season wins total.

Since the disaster that proved to be the 2018 season, OK-State has cashed over tickets against its season wins total each of the last two years. It went for eight against a 7.5-game total back in 2019 and then followed it up with a masterful 11 win campaign that saw it crush its 7.5-game expected win total last season. Though numerous members depart from what will go down in history as one of the best teams the program has ever produced, those booking the bets are still bullish on the Cowboys making noise in the Big 12 this season. They currently only sit behind both Oklahoma (+200) and Texas (+250) on the odds to win the conference and are tied with the Baylor team (+550) that cut their CFP dreams short in the Big 12 title game.

Along with losing a number of impact players on both sides of the ball, both the offense and defense are replacing their successful coordinators. I mean, how could they not cash in after helping lead OK-State to such a fantastic 2021 season?! While that element might not rear its ugly head early on against the first three cream puffs on the 2022 slate, it will come back to bite them when things start to get much tougher in conference play. Of its nine scheduled regular season bouts, five are to take place away from Stillwater, with matchups slated to go against aforementioned Baylor, TCU, K-State, Kansas, and Oklahoma. The four home games won’t be a walk in the park either against Texas Tech – the week after the revenge match with the Bears – Texas, Iowa State, and West Virginia.

The offense loses its leading rusher in Jaylen Warren (1,134/11 TD) and WR1 in Tay Martin (942/7 TD), who exploded in the Fiesta Bowl against Notre Dame with 10 receptions that were turned into 104 yards and 3 TD. QB Spencer Sanders is back to navigate the offense in what feels like his 10th season in Stillwater. He threw for just shy of 2,500 yards with a poor 16:12 TD/INT ratio, with more than half of those errant passes coming against Baylor. While not the greatest passer, he electrifies with his legs, and I thoroughly expect more of the same to occur moving forward. While he’s got the experience to help the offense find itself early on, I’m not sold on him being an elite-level type gunslinger that will allow OK-State to match points with some of the more lethal offensive attacks littered throughout the Big 12.

The defense was simply a joy to watch a season ago. It was dominant against both the run (No. 5) and pass (No. 12), afforded the opposition the fewest points allowed in the conference and ranked first and second in both sacks and tackles for loss in the nation. It was a terror every time it took the field! I’m not sold on that being the case this season. Though the defensive line looks to be in great shape with Collin Oliver, Trace Ford, Tyler Lacy, and Brock Martin all back, the back seven is a major question mark. There isn’t anyone on the roster that will be able to step up and replace the output LB Malcolm Rodriguez churned out throughout his five-year stay in Stillwater. The secondary has a few nice pieces returning in S Jason Taylor and CB Jabbar Muhammad, but the other three slots will have new faces taking over.

While the Cowpokes are likely to improve upon their bowl streak, I’m not a buyer in this squad making any noise in the Big 12 this season. As such, I’ll be targeting the under of their season wins total at PointsBet and recommend you do the same, provided you want to add to the bottom line.