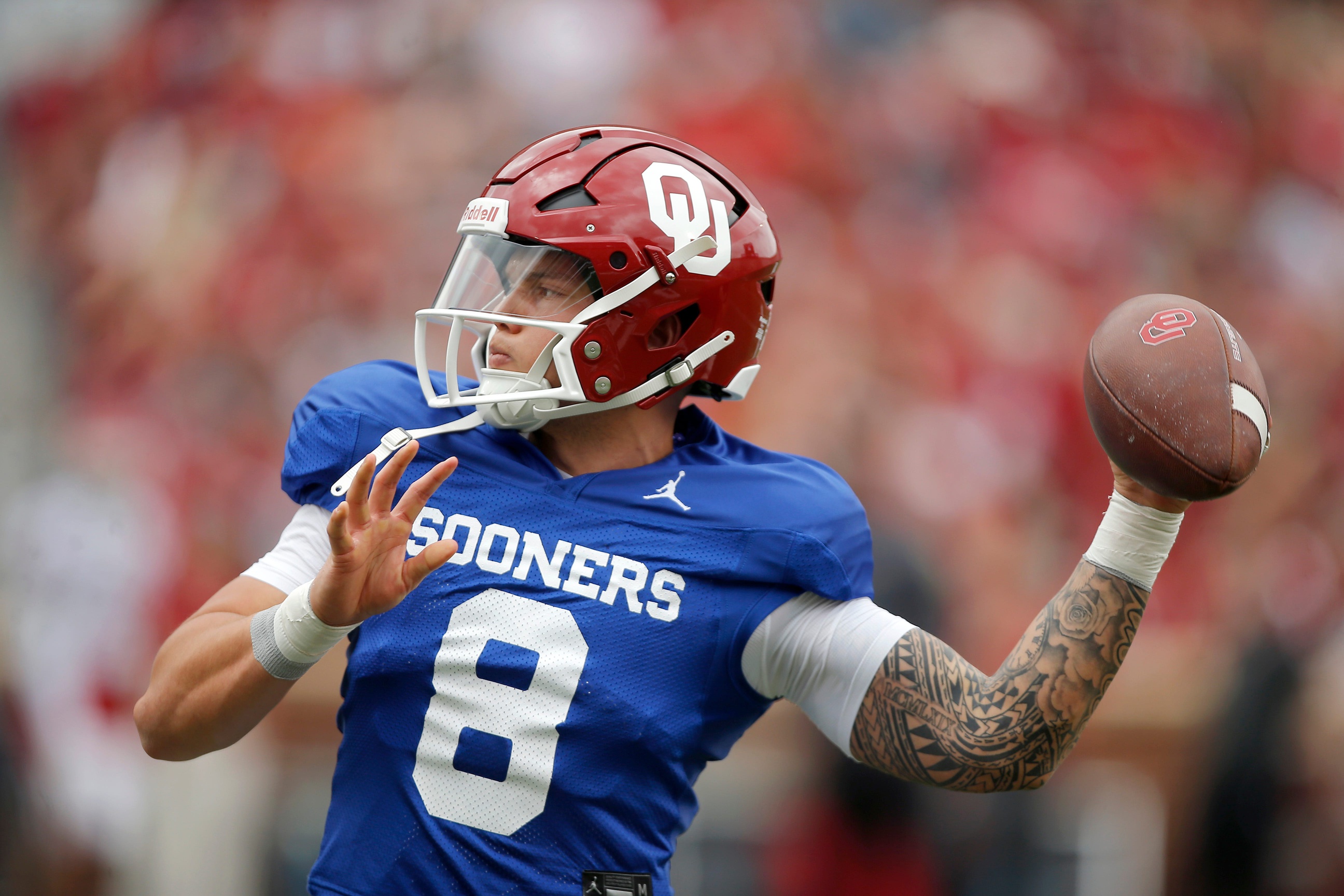 The Norman fan base has been spoiled rotten for the better part of the last two decades. Bob Stoops propelled the program to a glut of success before Lincoln Riley took over the reins and pushed the team towards three more College Football Playoff invites. Does Brent Venables have it in him to not skip a beat and keep the Sooners amongst the national heavyweights as soon as the 2022-23 college football betting season? While I wouldn’t put it past him, it would take a number of things all working out in tandem at a number of different levels. As such, I don’t believe Boomer Sooner is good enough right now to earn a seat at the table to compete with the best of the best.

However, I still give the team an above average shot of surpassing its season wins total at PointsBet Sportsbook. Though this is Brent Venables first go-round as head coach, I firmly expect him to thrive. It also helps that he’s already familiar with the OU program after residing on Stoops’ coaching staff for 13 years before bolting for Clemson. Surrounding himself with the up and coming Jeff Lebby as his offensive coordinator and veteran Ted Roof as defensive coordinator should go a long way in getting the new philosophies implemented on both sides of the ball sooner rather than later.

With the early schedule allowing for some rust to come off, I firmly expect the Sooners to be ready for that mid-September trip to Lincoln. Whether they can handle what will likely be a determined Big Red squad is another story. But if they win that game, it will put OU in excellent position to get back to the Big 12 title game of which it’s won a whopping 11 times since the game’s inception back in 1996. The game wasn’t played from 2011-16, so Oklahoma has won the B12 title game 55 percent of the time!

In failing to hit the over of their 11-game win total a season ago, the two year streak of cashing over tickets came to a halt. This year’s 9.5-game win total is the lowest since the 2017 team, and for good reason. Only 10 starters return from last year’s squad, and both sides of the ball will be implementing new schemes right from the get go. It’s rare a metamorphosis like the one about to go down in Norman immediately translates into a national heavyweight. However, the Big 12 still remains wide open regardless of OU currently installed the +200 odds-on favorite to get back to taking it down after a year hiatus.

Oklahoma gets the luxury of hosting both UTEP and Kent State in its first two games to open the season. That should allow for new transfer QB Dillon Gabriel to settle in nicely before a potential shootout with Nebraska goes down in Week 3. Remain unblemished heading into the Big 12 opener at home versus Kansas State the following week, and Boomer Sooner will be well on its way towards cashing this over ticket. That game will be preceded by a tough road trip to TCU and then a clash with Texas in yet another installment of the Red River Rivalry before hosting vastly improved Kansas. The squad will then have two weeks to prepare for the final five games of its quest that has it set to square off against @Iowa State, Baylor, @West Virginia, Oklahoma State, and @Texas Tech. Each and every one of those games is winnable provided the injury bug doesn’t decimate the roster and the new guys stepping in to fill the void have gained confidence.

This season is going to go one of two ways for the Sooners. At worst, it’s only going to lose a couple games and be one of the two participants in the Big 12 championship game. Or, it’s going to lose upwards of a handful of games and never have a shot due to the mass rebuilding the program is about to experience. There won’t be any in between. The success – or lack thereof – will ultimately come down to the kids buying into what Venables and Roof are selling on the defensive side of the ball. The offense will be just fine under Lebby’s no holds barred breakneck attack. But it’s the defense that really needs to rise to the occasion and greatly improve upon the team’s outputs of the last couple of years for there to be immediate success in year one of the Venables regime. Do that, and OU makes a mockery of its current win total at PointsBet Sportsbook. Fail, and they’ll likely come up a few games short.

I’ll be wagering on the former! I don’t love it, but that’s what I’m recommending.