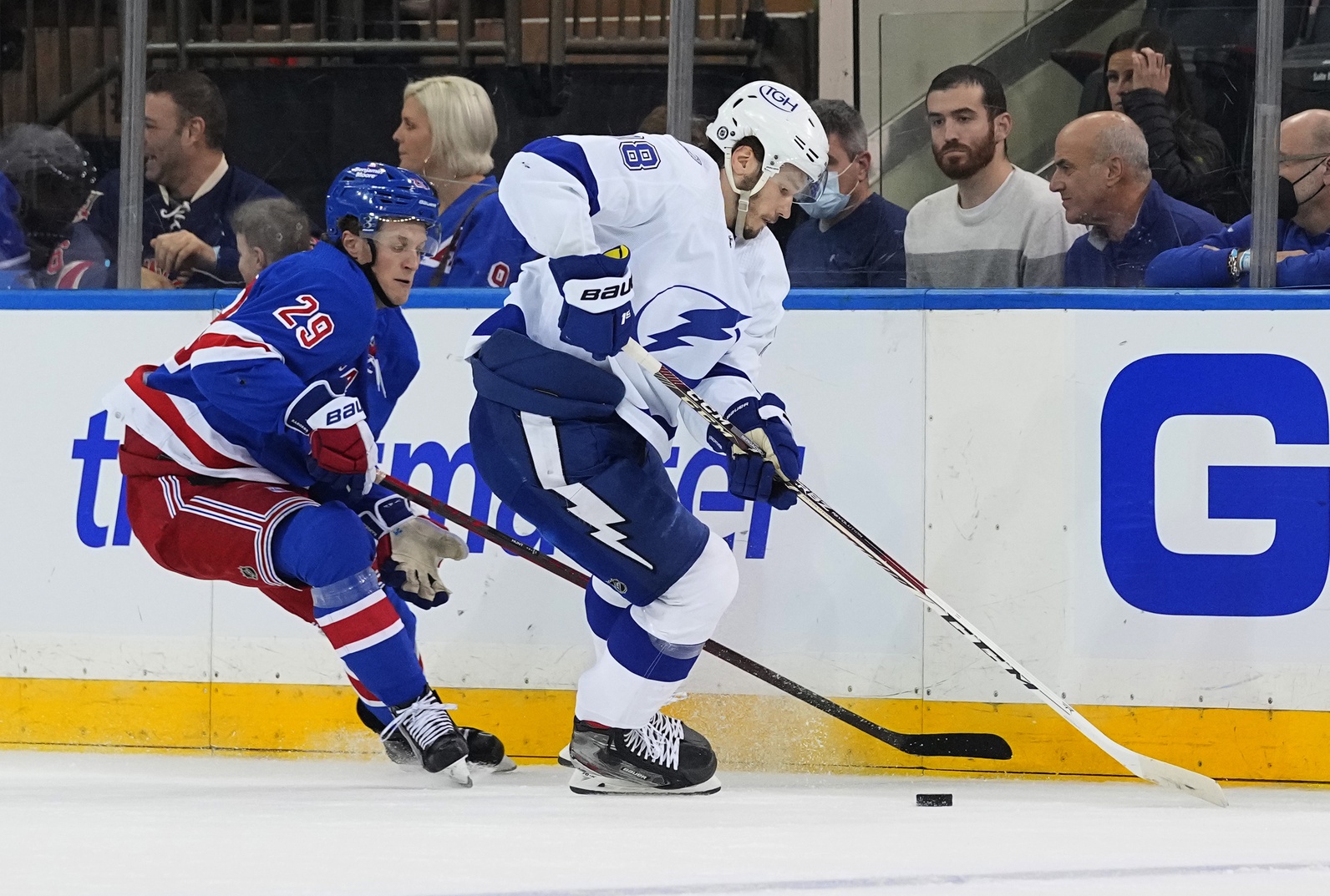 The back-to-back Stanley Cup winning Tampa Bay Lightning are looking to become the first NHL team to threepeat since the New York Islanders won four straight Stanley Cups from 1980 to 1983. The Lightning are one of the favorite NHL picks to win the Stanley Cup, and they are tied with the Florida Panthers and Carolina Hurricanes as the second favorites to win it all behind the Colorado Avalanche at SugarHouse Sportsbook. The Lightning are coming off a nice road win over the expansion Seattle Kraken on Wednesday night, and they will face a potential playoff opponent in the New York Rangers on Saturday night.

On Saturday, March 19, 2022, the Tampa Bay Lightning will host the New York Rangers at Amalie Arena in Tampa, Florida. The puck will drop at 8 p.m. ET and both ABC and ESPN+ will be televising this game.

For the first time in five years, the New York Rangers will make the actual playoffs this season. The Rangers are currently in a tie with the Pittsburgh Penguins for second place in the Metropolitan Division with 81 points, and they have a 38-17-5 record going into Thursday night’s game with the rival Islanders.

Igor Shesterkin has been the primary factor behind the Rangers’ success this season. Shesterkin is considered close to a lock to win the Vezina Trophy, as the current NHL betting odds at SugarHouse Sportsbook have him listed as a -400 favorite to win the award. He is carrying a 29-7-3 record coming into this game with a league-best .938 save percentage and a 2.07 GAA. Shesterkin is even receiving Hart Trophy consideration due to his play.

However, Shesterkin hasn’t been that great in his last two outings. He gave up four goals in just over 20 minutes against the St. Louis Blues last Thursday night, and he also allowed four goals to get past him against Dallas on Saturday. Shesterkin has been superb in two previous starts against the Lightning though with a 1.44 GAA and a .955 save percentage in two wins.

Offensively, the Rangers are led by Artemi Panarin and Mika Zibanejad. Panarin leads the Rangers with 71 points, and he has done a good job setting up his teammates. He missed out on the All-Star Game, but he was considered the biggest snub by many observers. As for Zibanejad, he is tied for second on the team with 61 points and has found the back of the net 24 times.

The primary goal scorer for the Rangers is Chris Kreider. He has been one of the most lethal forwards in the NHL this season with 39 goals. That has him tied for second place in the league in that department, and he is scoring on over 20% of his shots. Adam Fox could be a Norris Trophy finalist too, as he is one of the best two-way defensemen in the league.

Tampa Bay still has the core of its title team together. Nikita Kucherov is back in the lineup after missing much of the season, and Steven Stamkos has managed to stay healthy for the first time in a few seasons.

Kucherov tallied a goal and an assist against the Kraken on Wednesday night, and he now has 32 points in 25 games. The 2019 Art Ross Trophy and Hart Trophy winner is one of the best offensive weapons in the NHL, and he is still in his prime at the age of 28. Meanwhile, Stamkos leads the Lightning with 27 goals and 66 points in 59 games. Tampa Bay is thrilled that he has been able to stay healthy after missing big chunks of three seasons in the last six years.

The Lightning have one of the best defenders in the league in Victor Hedman. Hedman is a five-time Norris Trophy finalist, and he won the Conn Smythe Trophy in 2020. He is second on the team in scoring with 60 points this season. They also have an elite goaltender of their own in Andrei Vasilevskiy. Last year’s Conn Smythe winner has been one of the best goalies in the league for years now, and he is the main reason why many NHL betting picks will take the Lightning on Saturday night.