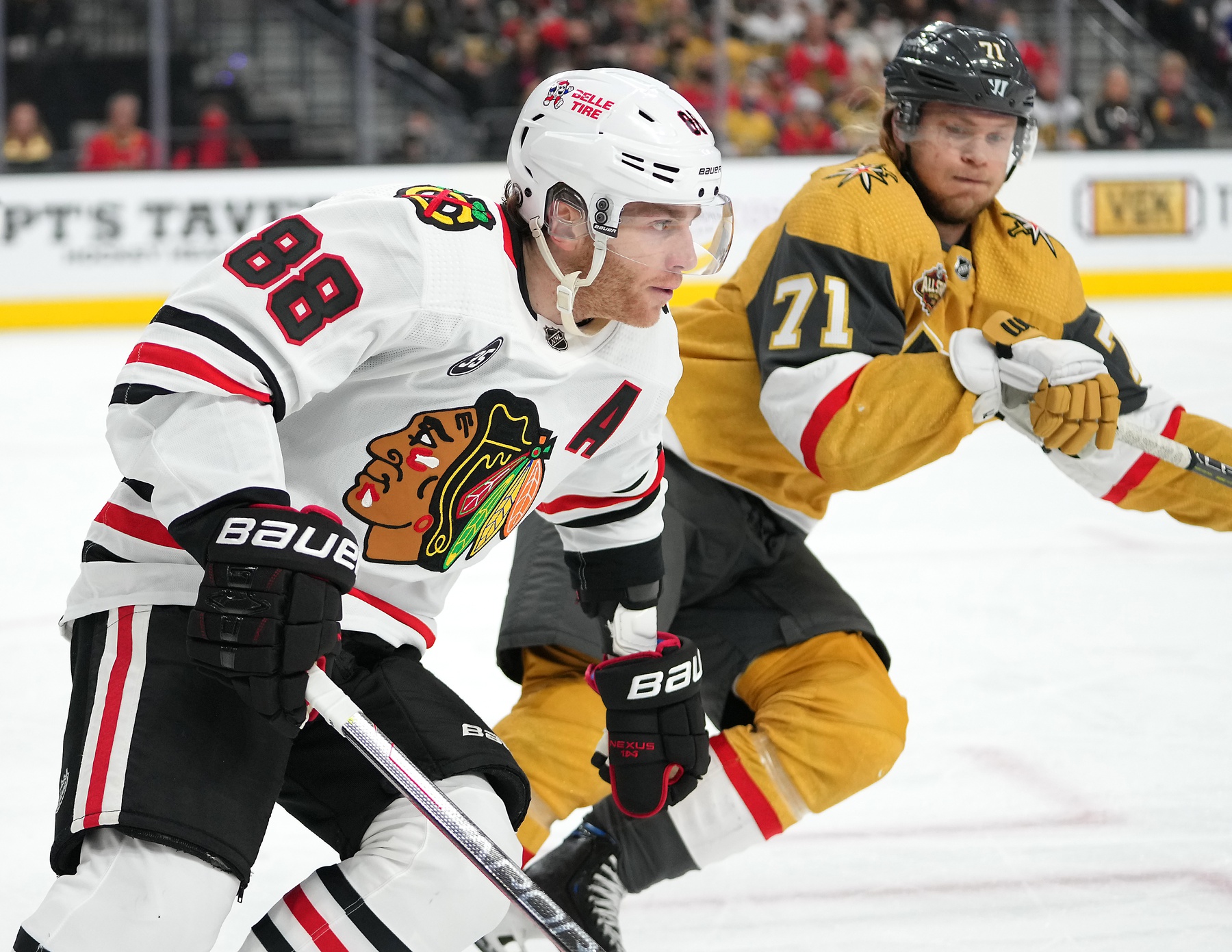 This was supposed to be a homecoming for Marc-Andre Fleury. The reigning Vezina Trophy and William M. Jennings Trophy winner was traded from Vegas to Chicago last summer as the Golden Knights were looking to free up cap room. Fleury won three Stanley Cups with the Pittsburgh Penguins and then spent four years in the desert with Vegas, helping the Golden Knights immediately contend in the Western Conference despite being an expansion team. However, Chicago dealt him to Minnesota just before the trade deadline on Monday, so we will not see Fleury on Saturday.

The Vegas Golden Knights will host the Chicago Blackhawks on Saturday, March 26, 2022, at 3 p.m. ET from T-Mobile Arena in Las Vegas, Nevada. This game will be broadcast on ABC and ESPN+. You can find NHL betting odds for this game and every other NHL game this weekend at SugarHouse Sportsbook.

For the fifth straight season, the Chicago Blackhawks will be one of the worst teams in the Western Conference. Chicago won three Stanley Cup titles last decade, but the Blackhawks mortgaged their future and put themselves in salary cap purgatory to try and extend their window. The bill came do and forced Chicago to part ways with most of its best players, and the Blackhawks are only in front of the dismal Arizona Coyotes and expansion Seattle Kraken at this point.

There is still some talent on the roster though. Patrick Kane remains one of the most dangerous players in the league. The former No. 1 pick is 33 years old, but he is still playing at a high level with 20 goals and 54 assists to lead Chicago with 74 points in 60 games.

Alex DeBrincat is one of the most dangerous forwards in the game too. DeBrincat is still in the prime of his career, and he is currently tied for sixth in the league with 35 goals to his name. He found the back of the net in five straight games at the start of the month, but he has only lit the lamp once in his last five outings.

Chicago’s defense is a mess, and the goaltender situation is dire without Fleury between the pipes. Kevin Lankinen is likely to start on Saturday, but he has a 3.42 GAA and a .891 save percentage. That means most of the NHL betting picks will be on Vegas for this game, and rightfully so given what we have seen from Chicago.

The Golden Knights are dealing with major salary cap issues. Vegas thought that it had eased the burden by dealing Evgenii Dadonov to Anaheim just before the trade deadline, but the deal was vetoed because the Golden Knights were unaware that Anaheim was on Dadonov’s no-trade list. That also complicates the matter of bringing Mark Stone and Max Pacioretty back off LTIR.

Stone and Pacioretty could really help Vegas as the Golden Knights are in danger of missing the playoffs. They are currently a point behind the Dallas Stars for the last playoff spot in the Western Conference, and they have played four more games than the Stars. Winnipeg and Vancouver are both within two points of Vegas too, so the Golden Knights are in a very tough spot.

This team still has a lot of talent and can make a deep postseason run if it ends up qualifying for the playoffs though. Stone and Pacioretty are gritty forwards that were averaging a point a game before they were injured, and Shea Theodore and Alex Pietrangelo are a superb blue line combination. Jonathan Marchessault leads the team with 25 goals and 48 points, but no one else has more than 16 goals.

The goaltending situation hasn’t been great either. Robin Lehner has not been sharp in net for the Golden Knights with a 2.77 GAA and a .909 save percentage. He was placed on injured reserve two weeks ago because of a knee injury, but neither Laurent Brossoit nor Logan Thompson have been much better in place of Lehner. That could lead to a high-scoring game on Saturday in the desert, and some NHL expert picks might be on the over.