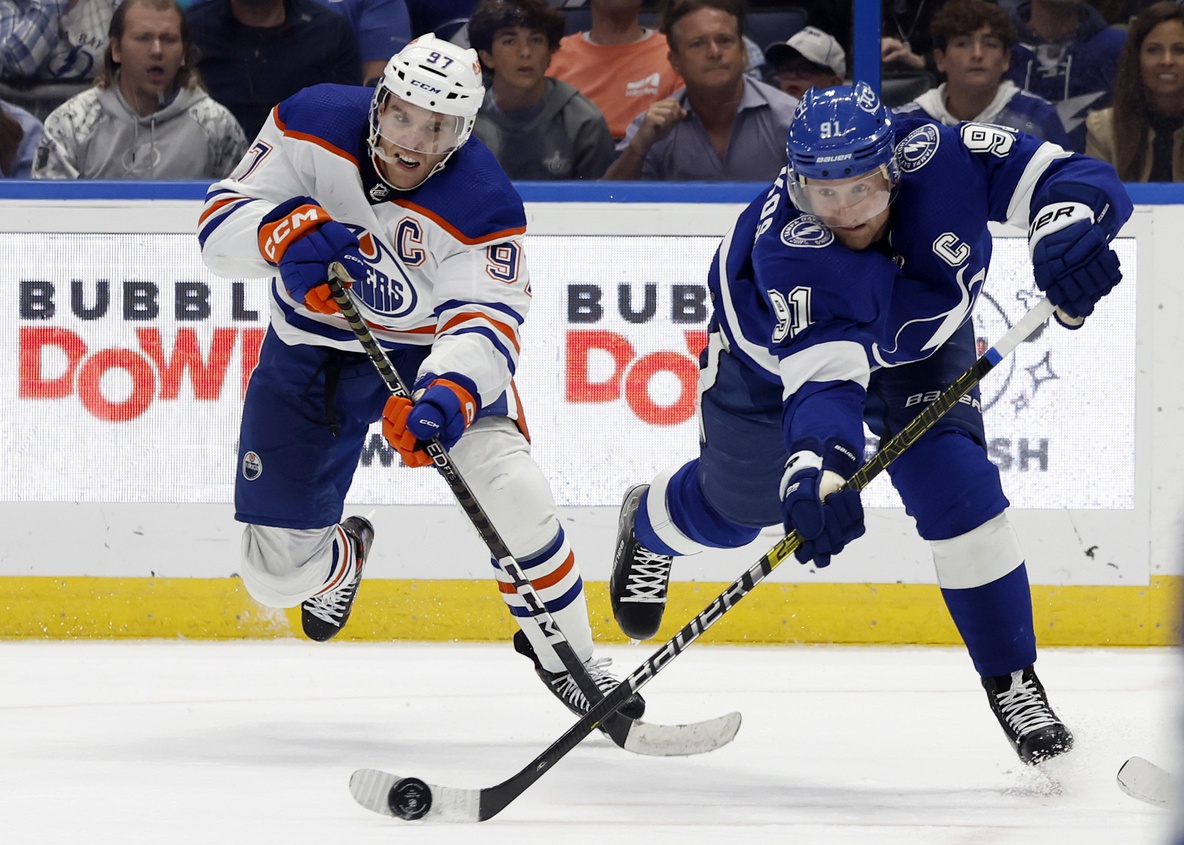 The Tampa Bay Lightning have won the Eastern Conference for three consecutive seasons. Tampa Bay beat Dallas and Montreal in the Stanley Cup Finals in 2020 and 2021, but the Lightning couldn’t three-peat and lost in six games to the Colorado Avalanche last year. The Lightning were again one of the favorites by the Stanley Cup betting odds coming into the season, but they are currently 15 points behind Boston in the Atlantic Division. They are still a team to fear in the postseason, and they will be a tough test for Connor McDavid and the Edmonton Oilers on Thursday night.

On Thursday, January 19, 2023, the Edmonton Oilers (25-18-3) will look to win their fifth straight game when they welcome the Tampa Bay Lightning to Oil Country. This game will be played at 9 p.m. ET on ESPN from Rogers Place in Edmonton, Alberta.

By the end of his career, Connor McDavid could very well be second behind only Wayne Gretzky in terms of many career offensive stats. McDavid has already won the Art Ross Trophy four times, and he is a heavy odds-on favorite by the hockey betting odds to win it again this season. McDavid has 84 points through 36 games, and he has 14 points more than the next closest person, teammate Leon Draisaitl.

McDavid currently has 781 points in his career, and he has already cracked the top 200 in the list of the all-time leading scorers in NHL history despite just turning 26 years old last week. He currently leads the league with 38 goals and 46 assists, but Edmonton continues to be a middling team despite his dominance.

Draisaitl has been in McDavid’s shadow for much of his career, but he was the best player in the NHL during the 2019-20 season. He won the Art Ross Trophy, the Hart Trophy, and the Pearson Trophy, but it’s unlikely he wins any of those awards again barring a McDavid injury. Still, he has 70 points this season and has eight more points than the next closest player other than McDavid.

The other two offensive threats to watch for the Oilers are Ryan Nugent-Hopkins and Zach Hyman. Both Nugent-Hopkins and Hyman already have at least 50 points and 20 goals this season, and they are especially dangerous on the power play. Edmonton converts more power play opportunities in the league than any other team (30.7%), but the trouble as always is the defense and goaltending.

Jack Campbell has been a major disappointment since Edmonton signed him to a five-year, $25 million contract in July. Campbell has a 3.36 GAA and a .886 save percentage (ranking outside the top 40 in the NHL).

Tampa Bay has also won four straight games prior to this tilt. The Lightning will have to face the Vancouver Canucks in BC on Wednesday night though, so the Oilers will have a rest advantage. However, the Lightning are more well-rounded.

Andrei Vasilevskiy has not been lights out like he has been in the postseason, but he has been one of the ten best goaltenders in the league this season. Vasilevskiy is 20-10-1 with a 2.45 GAA and a .918 save percentage. Victor Hedman remains an elite defenseman too with 26 assists and is +11 in plus/minus this season.

The Lightning have the second-best power play in the league behind the Oilers. Tampa Bay has its own superstar too in Nikita Kucherov, even if he isn’t as prolific as McDavid. Kucherov ranks in the top five in points with 17 goals and 45 assists.

There is more help on this team than there is on Edmonton. Steven Stamkos and Brayden Point are both proven contributors, and there is depth on the roster too.

This is not a good spot to bet on Tampa Bay. The Lightning will be in the penultimate game of a five-game road trip, and they have to play on Wednesday night. That should allow McDavid and company to take advantage of a weary squad.