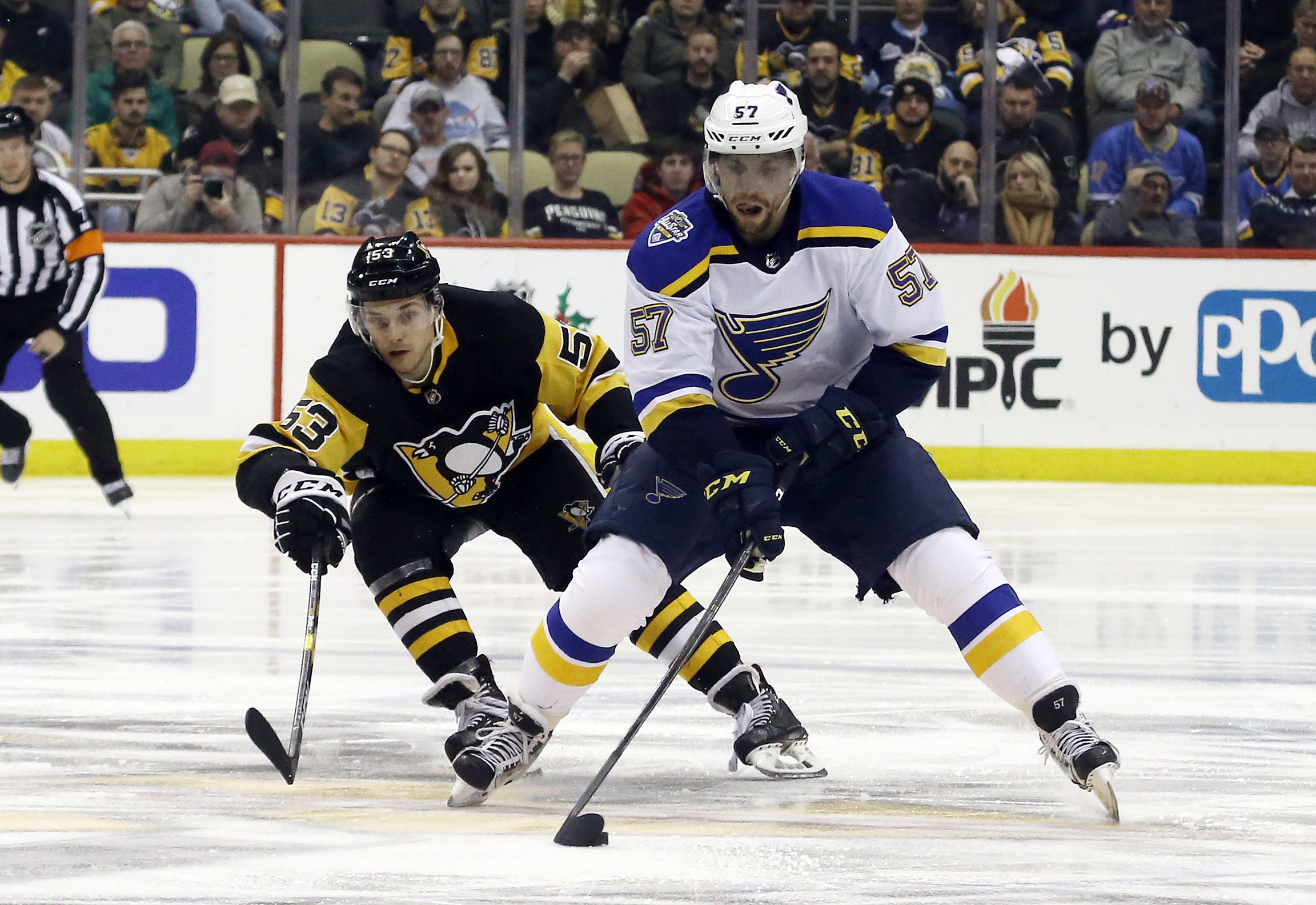 Last Saturday night, the St. Louis Blues lit up the Minnesota Wild, Target Field, and a national prime time TNT audience. Additionally, the Blues made quite a fashion statement starting with wearing beach attire in the freezing Minnesota cold on the way to their Winter Classic matchup against the Minnesota Wild. On the ice, St. Louis wowed everyone with their 1967 throwback uniforms and related attire that is certain to be hot merch. The Blues made gamblers happy with an impressive NHL Betting payout. Now comes the challenge of the Blues not suffering from a letdown. On Wednesday night, they have a tough road game at the Pittsburgh Penguins on TNT.

On Wednesday, January 5, 2022, the Pittsburgh Penguins will host the St. Louis Blues at PPG Paints Arena in Pittsburgh, Pennsylvania. Face-off time is set for 7:30 p.m. ET with television coverage on TNT.

On the whole, Betting on the NHL activity will be split evenly between these clubs. St. Louis and Pittsburgh are both “Second Six” franchises that came into the league in the Great Expansion of 1967. The Blues and Penguins are legacy franchises with large fan bases and plenty of name-brand recognition with squares. Thus, traditional battle lines will be drawn for this matchup. Wise Guys will lean with the quality road team Blues. Squares will give the power home brand Penguins a majority share.

The St. Louis Blues are one of the hottest teams on the board for NHL Picks Today, with a record of 7-1-2 in their most recent ten games. The Blues are 7-6-3 on the road. In just one of their last seven games, St. Louis has gone over the total. The Blues stand at 19-9-5 overall with 15-16 under the total. St. Louis ranks 5th in the NHL for goal scoring, 3rd for power play efficiency, 11th for goals against, and 7th for penalty killing.

Number one goaltender Jordan Binnington remains inconsistent with a record of 10-6-3, a save percentage of .910, and a 2.89 goals against average. Right wing Vladimir Tarasenko has a team-leading 14 goals, 19 assists, and a +3. Also, Tarasenko has two power play goals with a team-best eight power play assists. Center Jordan Kyrou adds 12 goals, 20 assists, and a +6. Defenseman Tory Krug anchors the blueline with five goals, 12 assists, and a +12.

In like manner to the Blues are the Penguins printing money. Pittsburgh is 8-1-1 in its most recent ten NHL Betting Picks matchups. In three of their last five games, the Penguins have gone under the total. And at PPG Paints Arena, Pittsburgh is 9-5-2. Overall, Pittsburgh stands at 18-8-5 with 15-15 over and under. The Penguins rank 15th in the NHL for goal scoring, 27th for power play efficiency, 3rd for goals against, and 1st for penalty killing.

So far, left wing Jake Guentzel leads the Penguins with 15 goals and 12 assists. He also leads the Pens on the power play with four goals and three assists. Center Evan Rodrigues adds ten goals, 13 assists, and a +8. At the same time, defenseman Kris Letang ranks as one of the best blueliners in the NHL with one goal, 19 assists, and a +9. Letang has a team-best six assists on the power play. Number one goaltender Tristan Jarry has a strong save percentage of .932 with a 1.93 goals against average and a record of 15-5-4.

St. Louis has lost four of its last seven games against the Penguins. The Blues and Pens are 3-2-1 over the total in their most recent six games. At Pittsburgh, the Blues are 5-2 vs. the odds. These two teams are 2-3-2 under the total.

In this situation, the Penguins have a strong advantage in goal for NHL Best Picks. Additionally, Pittsburgh is a strong home ice team. The Blues are not a reliable bet on the road.