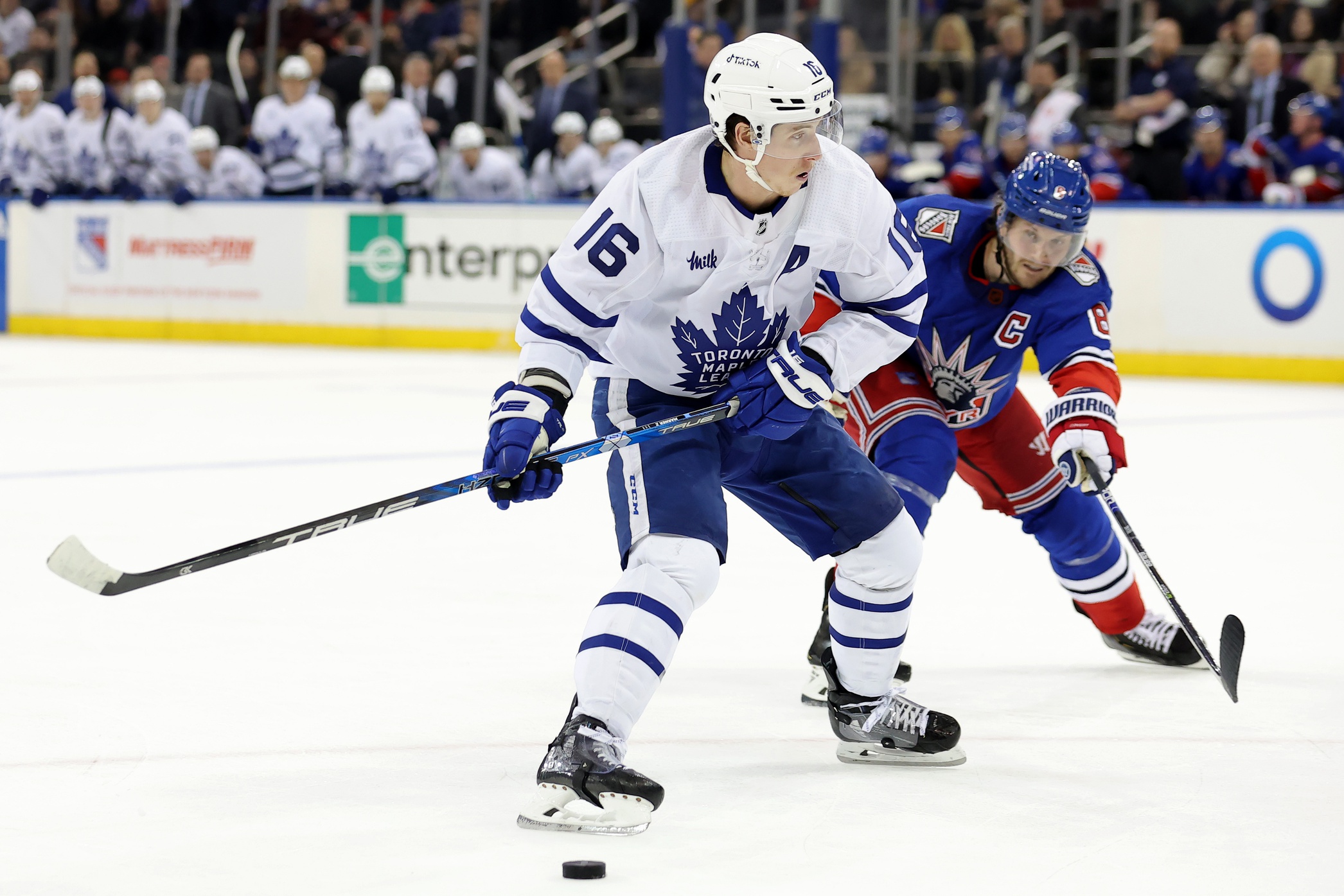 Although we are less than two-thirds of the way through the NHL season, it looks like the Toronto Maple Leafs will face the Tampa Bay Lightning in the first round of the playoffs once again. Boston has a 14-point lead over Toronto in the Atlantic Division race, while the Maple Leafs are 13 points ahead of fourth-place Florida. Toronto knows it needs to get tougher if the team is going to finally win a first-round series, so it will be interesting to see whether the Maple Leafs start adapting at all during the regular season, like when they face the New York Rangers on Wednesday night.

On Wednesday, January 25, 2023, the Toronto Maple Leafs will host the New York Rangers at Scotiabank Arena in Toronto, Ontario. This game will start promptly at 7 p.m. ET, and it will be broadcast on TNT. Both teams will play on Monday night prior to this game though. The Rangers will host the Florida Panthers, while the Maple Leafs welcome the New York Islanders north of the border.

While the Toronto Maple Leafs are likely to make the postseason given how far they are ahead of every team in their division aside from Boston, the New York Rangers are in a dogdight in the Metropolitan Division. The Rangers are a single point up on the Washington Capitals and three points ahead of the Pittsburgh Penguins in the standings. They have been very good on the road this year though with a 14-5-3 record away from Madison Square Garden.

The Bread Man continues to be the leading scorer on the Rangers. Artemi Panarin has 47 points for the Rangers this season, posting 12 goals and 35 assists. A lot of his production has come on the power play where he has two goals and 16 assists, and he has a great finisher alongside him in Mika Zibanejad. The center has 20 goals and 26 assists through 46 games, and he has netted 12 goals and eight assists with the man advantage.

There’s no denying that the most talented player on the ice for the Rangers is defenseman Adam Fox. Fox was an outstanding set-up man during his time as an amateur at Harvard and with the US National Team, and he is doing that for the Rangers to with nine goals and 36 assists in 46 games. He is a superb defender too, leading to Fox winning the Norris Trophy two years ago.

Igor Shesterkin is the reigning Vezina Trophy winner and has had a fine season in 2022-23. Shesterkin is 20-8 with a 2.45 GA and a .917 save percentage. He hasn’t been lights out like he was when he was the top goaltender in the league last season, but he has been pretty good regardless.

Although the Rangers are a good team, they will be a moderate underdog by the NHL betting odds on the road against the Toronto Maple Leafs on Wednesday night. In their previous meeting back on December 15, the Rangers picked up a 3-1 win over the Maple Leafs in Madison Square Garden, but that was when the Rangers were playing their best hockey of the season. That win was in the middle of a seven-game winning streak that also saw New York beat Colorado and Las Vegas on the road.

Mitch Marner and Auston Matthews were the only two players selected for the NHL All-Star Game off of Toronto. Marner is having a fine year, leading the Maple Leafs with 56 points, while Matthews is the top goal scorer on the squad alongside William Nylander.

This Toronto team has one of the most dangerous offenses in the Eastern Conference. Nylander and Matthews could both end up scoring 40+ goals this season, while John Tavares and Marner should tally 30 goals or more by the end of the year.

If this was last year, the Rangers might be worth a play on the hockey betting line given the play of Shesterkin. However, he is not the brick wall he was during the 2021-22 campaign, so Toronto is the pick.