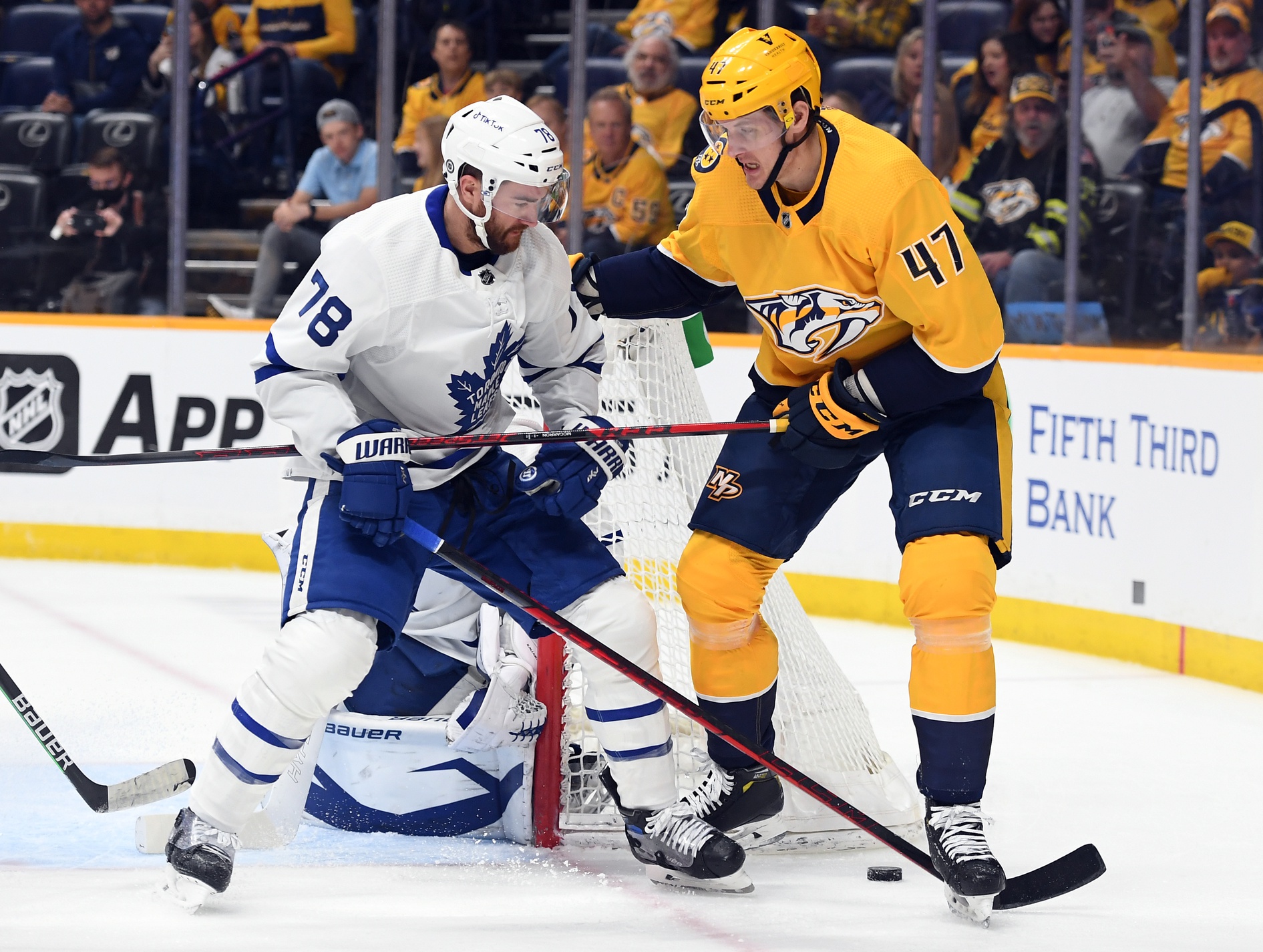 Will the Toronto Maple Leafs win a playoff series for the first time since the 2003-04 season? Toronto has been one of the most tough-luck franchises in the NHL over the last two decades. The Maple Leafs have been to the playoffs for six straight years, but they have failed to advance to the conference semifinals even one time during that stretch. They are currently all alone in second place in the Atlantic Division, and Toronto is a substantial favorite per the NHL betting odds at home against the Nashville Predators on Wednesday night.

It’s been an up-and-down season for the Nashville Predators. They have had losing streaks of five games and six games already this season, and they are currently in the midst of their third three-game winning streak. Nashville started the new year off right with a 6-3 win over the Montreal Canadiens last Tuesday, and they have gone on the road to beat the Carolina Hurricanes and Washington Capitals in their next two games. The Predators are in the middle of a six-game road stretch that will see them travel to face the Ottawa Senators on Monday night prior to this game.

Nashville has always had a defensive identity. Barry Trotz ensconced that onto the team during his 16 seasons in charge of the franchise, and that has continued even though the league has seen an uptick in scoring. That’s why they are currently ranked in the bottom five in the NHL in goals (108), and they only have three players with at least 10 goals through 38 games. Conversely, they rank 12th in goals against (115), and that has them just a few points out of the playoff picture.

Filip Forsberg is the top offensive player on the team. Forsberg leads the team with 15 goals and 34 points, and he doesn’t have a ton of power play goals that inflate his numbers either. Matt Duchene and Nino Niederreiter are the other players that have at least 10 goals for Nashville on the year.

The two stars of the team have been defenseman Roman Josi and goaltender Juuse Saros for quite some time. To hammer home Nashville’s defensive identity, Josi is the franchise’s all-time leader and single-season leader in points as a defenseman. The 2020 Norris Trophy winner has been with the Predators for 12 years, and he continues to play at a high level. As for Saros, he has never posted a save percentage worse than .914 during any of his seven full seasons with the team, but he sees a lot of shots.

Toronto fans are crossing their fingers that this is the year they finally wipe away decades of heartbreak. The Maple Leafs currently have the fifth-lowest Stanley Cup odds on the board, and they have one of the most talented teams in the NHL.

Mitch Marner has proven to be the real deal after signing a six-year, $65 million contract three years ago. Many people were skeptical of the contract, but Marner has been a dangerous threat and a great distributor with 15 goals and 34 assists to his credit. Auston Matthews continues to prove why he was a 1-1 draft selection seven years ago, and both William Nylander and John Tavares could be 20-goal scorers at the end of the season.

Ilya Samsonov has been rock solid in net too. Samsonov is 12-3-1 with a 2.29 GAA, ranking fourth in the NHL in that department. He has shored up the goaltender position after joining the team from Washington in the offseason and should be in line to make his first All-Star Game appearance.

The Under is going to be the best bet here given the style the Predators play, but Toronto is probably a solid play too given they have a rest advantage with two days off prior to this tilt.