NHL Picks -Hot and Cold Teams for This Week 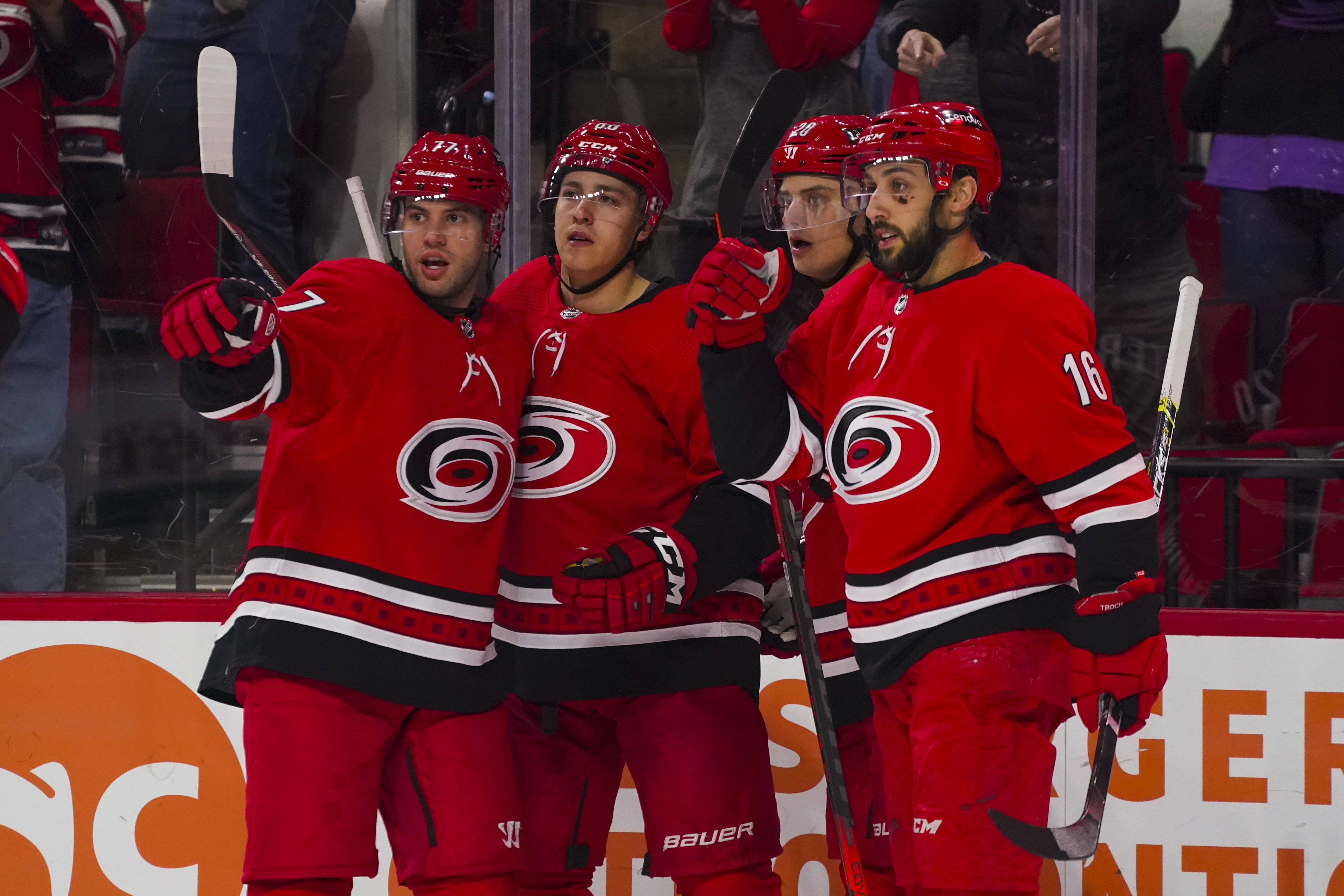 The NHL has seen a recent spike in goal-scoring games that look like a time capsule back in the 1970s and 80s. But before everyone gets their hopes up that the Dead Puck Era is truly over, think again. The combination of long layoffs and roster callups of minor league players have combined for sloppy hockey. And, of course, sloppy hockey means fun and exciting hockey. It also means a lot of games going over the NHL Betting total. But before everyone gets ready to storm the betting window, rest assured that the oddsmakers and NHL coaches are already making adjustments.

This week we have a lot of teams that are hot and just a few that are not. Let’s take a look!

The Carolina Hurricanes don’t get much attention from media, fans, or gamblers, but Wise Guys are locked in. Carolina has gotten the money in eight of its most recent ten games. The Hurricanes began the week leading the Metropolitan Division. Head coach Rod Brind’Amour has a team with tremendous balance. Carolina has NHL metrics of 5th for goal scoring and 1st for goals allowed. Goaltender Frederik Andersen has a .929 save percentage, and Sebastian Aho leads with 15 goals, 22 assists, and a +13.

Owner Tom Dundon was sneered at when he made significant changes and cost-cutting measures upon taking over the Hurricanes. Dundon has proved that you don’t have to light cash on fire to win in the NHL. The Carolina franchise was on life support when Dundon took over. Now it is thriving.

Avalanche of Profits in Colorado

It has taken a while, but the Colorado Avalanche is finally in overdrive. Colorado has won nine of its last ten Betting on the NHL matchups. The highlight was a 5-4 overtime home win over the Toronto Maple Leafs in what could be a preview of the Stanley Cup Final. Colorado ranks 1st in the NHL for goal scoring but 21st for goals allowed. Colorado’s number one goaltender Darcy Kuemper has a lackluster .908 save percentage. The back end and goaltending remain a long-term concern. Especially come playoff time. Colorado does boast six players with ten or more goals on the season.

The Vancouver Canucks' biggest mistake was waiting far too long to hire Bruce Boudreau. Gabby, as he is known, is one of the winningest coaches in NHL history. In eight of their most recent ten games, Vancouver has visited the NHL Betting Picks payout window. Boudreau is known as an offensive coach, but goaltender Thatcher Demko is a star with a .920 save percentage.

The remarkable run of the Pittsburgh Penguins continues with nine wins in their previous ten games. The big reason for Pittsburgh’s improvement is a much stronger back end and goaltending. Pittsburgh ranks 3rd in the NHL for goals against, 5th for shots allowed, and 1st for penalty-killing efficiency. Goaltender Tristan Jarry is making an All-Star bid with a .931 save percentage, 1.94 goals against average, and a 17-6-4 record. Defenseman Kris Letang remains one of the best, with one goal, 17 assists, and a whopping +13. Letang is a superb power-play quarterback with ten assists on the man advantage.

Canadiens Torch Has Flamed Out

Once upon a time, the Montreal Canadiens were the greatest dynasty in sports and known as “The New York Yankees of Hockey.” Les Glorieux has a total of 24 Stanley Cup championships, but none since 1993. Last year’s berth in the Stanley Cup Final has proven to be a fluke. Late on, Montreal has only one win in its previous ten games. Record-wise, the Canadiens are the second-worst team in the NHL, ahead of only the Arizona Coyotes.

General manager Marc Bergevin was fired earlier in the year, which should have been done several ago. The ghosts of the Richard brothers, Beliveau, and Morenz can’t fathom what has become of Le Blue-Blanc-Rouge. Indeed, Montreal is no sale for squares and sharps alike for NHL Best Picks.