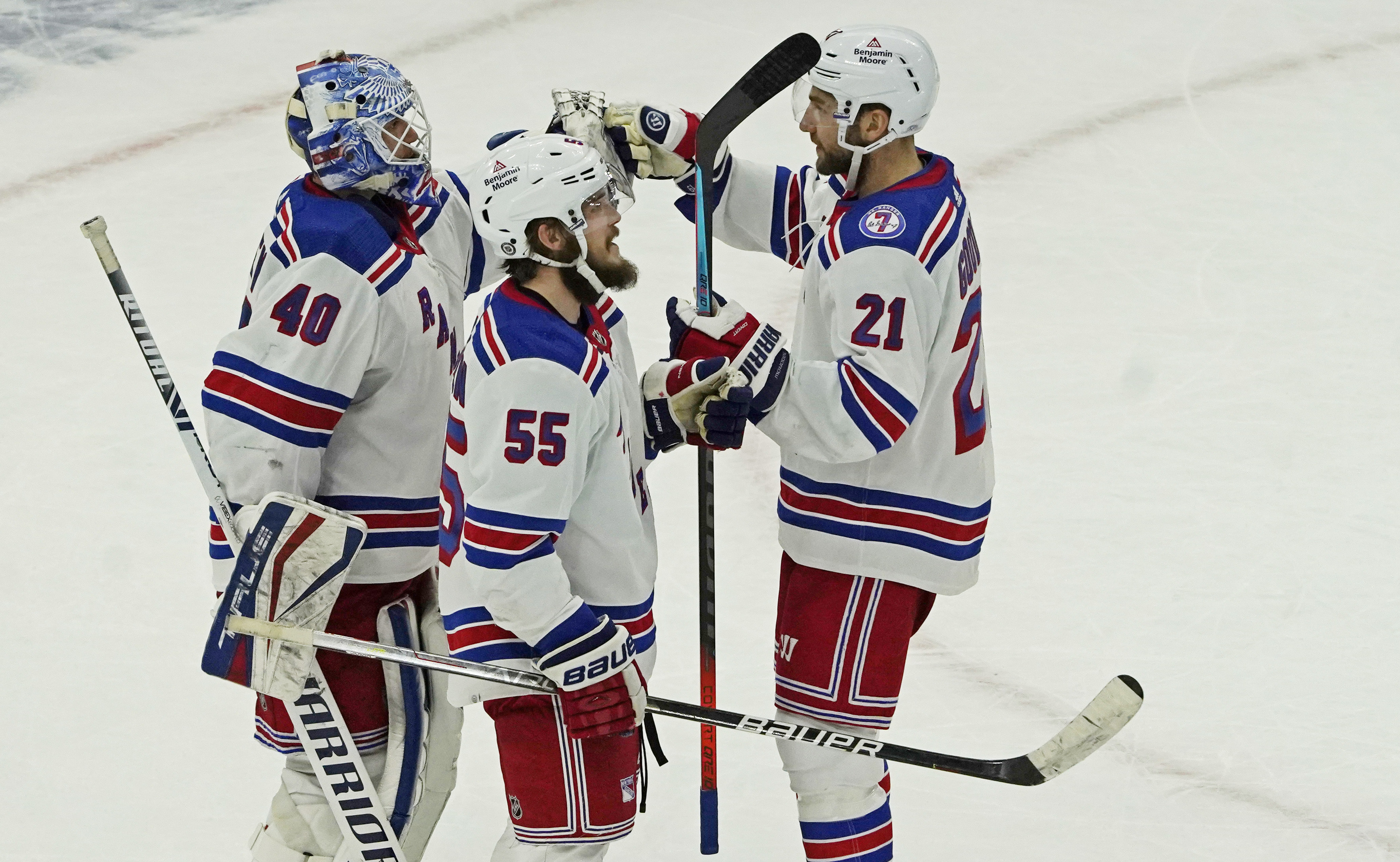 The NHL season is 25 games through as teams continue to battle for positioning in their respective division races. At the moment, the Washington Capitals appear to be the top dog posting a 16-4-6 overall record. Not far behind are the Florida Panthers, Toronto Maple Leafs, and New York Rangers.

While the Caps continue to play at a high level, it’s actually the Colorado Avalanche who are the top NHL pick to win the Stanley Cup. The Avalanche are listed with +550 odds at SugarHouse sportsbook. Florida, Las Vegas, and Tampa Bay round out the top four.

Which teams are beginning to work their way into that title conversation? Let’s take a look at Betmaker’s latest edition of Hot and Cold.

The Rangers are red hot on the ice over their last 10 games, posting a record of 9-1. They’ve won seven games in a row to get within a single point of the Eastern Conference leaders. New York’s defense has been lights out. They’ve allowed two goals or less in six straight contests.

New York is now 17-4-3 on the season. Money line bettors are loving this recent streak and have been able to cash out in a big way. Their next chance to back the Rangers comes tonight in a matchup against Stanley Cup favorite Colorado. New York has +140 money line odds at SugarHouse.

The Panthers are another team streaking to the top of the Eastern Conference standings. They’ve posted a 7-2-1 record over their last 10 contests behind a high-powered offensive attack. Florida has notched three goals or more in eight of those 10 matchups.

This recent streak has tied the Panthers with Washington and Toronto at 38 points on the year, tops in the NHL. They currently boast the second-best Stanley Cup odds at SugarHouse, coming in at +750.

Minnesota is all alone at the top of the Western Conference standings with 37 points and an 18-6-1 overall record. The Wild have won eight of their last 10 matchups and are riding a seven-game winning streak.

Minnesota boasts the second-best win percentage in the NHL. Despite the success, they hold +1600 Stanley Cup odds. That ties for the eighth-best mark in the league. Can they keep up the recent run? If so, they’ll have a chance to earn backers a good chunk of change.

Dallas is also on a seven-game winning streak and they’ve won nine of their last 10. Following a 4-6-2 start, the Stars now sit at 13-7-2. Dallas has been winning with offense. They’ve tallied at least three scores in all but two games since the start of November.

This recent run has helped improve their Western Conference championship odds drastically. The Stars now boast +1100 at SugarHouse, the seventh-best mark in the West.

Philadelphia started the year 7-4-2. Over the last 10 contests they’ve seen that record fall to 8-14-4, sliding to 12th place in the 16-team East. That skid includes the Flyers’ current five-game losing streak in which they’ve been outscored 29-12. If Philly continues to give up nearly six goals a game, a turnaround isn’t likely.

The Flyers have to shore up that defense. Their next chance comes tonight in a matchup with New Jersey. The latest NHL odds show Philadelphia as one-goal underdogs with the over/under being set at six.

Buffalo has been a bit of a mainstay on this list for the last few weeks. They’ve lost four games in a row and have only notched one win over their last 10 matchups. With the lack of success, the Sabres find themselves ranked 13th in the East.

They’re finding a variety of ways to lose, too. Buffalo has been on the wrong side of blowouts, shutouts, and overtime thrillers. Their next matchup comes against the streaking Rangers on Friday.

New York found a way to win last night but they’re just 1-6-3 over their last 10 outings. Surprisingly, they’ve still yet to land a win at home with all six victories coming away from UBS Arena. While things certainly aren’t trending in a positive direction, maybe there is hope on the horizon.

Before last night’s win, the Islanders lost four straight one-goal decisions. Three of those came down to overtime shootouts. If they can continue to stay competitive maybe the puck will begin to bounce their way.