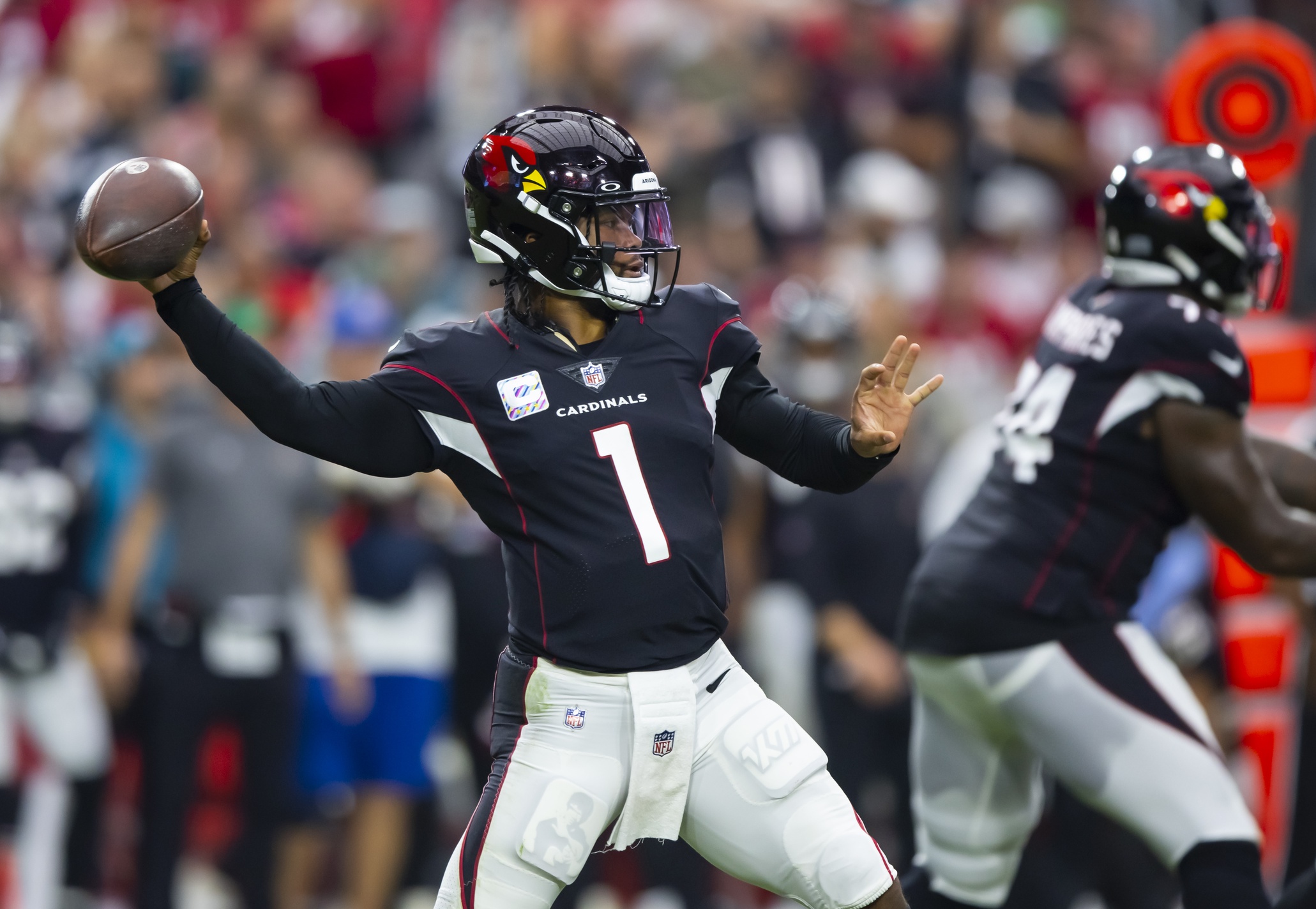 We nearly busted out the brooms last week with a clean sweep cashing three of four recommended quarterback player props at PointsBet Sportsbook. We should of dropped a mortgage payment or two on Joe Burrow who went on to surpass his 284.5-yard prop by throwing for nearly 500 yards against the Falcons injury-riddled secondary. Tom Brady also went over his impost while Zach Wilson never threatened his against a Broncos stout secondary. The lone loser proved to be Derek Carr who came up just short mostly due to Josh Jacobs having another huge game on the ground. Here’s to adding more to the bankroll in Week 8!

This tilt between the Cardinals and Vikings is expected to be a good one with Minnesota laying 4-points and the game total lined at 49. The O/U initially hit the board at 47.5 and has since been bet up. This matchup is ripe for both Kyler Murray and Kirk Cousins to churn out some gaudy stats as bad both pass defenses have been. But we’re only concerned with the Vikings for this prop bet with the secondary getting ripped for 272 yards per game (No. 28) and a league-worst 7.9 yards per pass attempt.

Minnesota’s only pressured opposing QBs at a 31.5 percent rate through six games (No. 16), so Arizona’s below average pass protection (No. 22) could get a reprieve. With Kyler ranked No. 6 in EPA when under pressure, he figures to show out in what’s expected to be one of the bigger shootouts of the week. With Minnesota much tougher against the run (No. 5), dump-offs to Eno Benjamin, Keontay Ingram and possibly James Conner will be available with the Vikings conceding the 10th most receiving yards to opposing RBs. And I haven’t even mentioned DeAndre Hopkins, Rondale Moore, or Greg Dortch yet. Look for chunk yards through the air and points to dent the board in a game of anything you can do I can do better.

I’m going right back to the well with Derek Carr in Sunday’s matchup with the New Orleans Saints regardless of him just coming up short for us last week. This is as good a rebound spot as there is on the board with N’awlens hemorrhaging points and passing yards to opposing offenses over the last month. These are the passing yards allowed in those four games: 273, 268, 300, and 204. The last was low due to the Saints falling into such an enormous hole against the Cardinals. I’m expecting this game to be competitive throughout with Vegas road games being decided by an average of just 2.7 points per game.

The Caesars Superdome will be witness to what’s expected to be another competitive shootout with the Raiders laying a point and the total lined at 49.5. The O/U initially opened at 47 and at one point stood 50. No team has gotten less pressure on opposing quarterbacks than that of the Saints (22.4%). That should be music to Carr’s ears considering his -0.32 EPA when under pressure ranks No. 11 overall. The Saints secondary is in tatters right now with Marshon Lattimore expected to miss a fourth straight game. Las Vegas played to a 50/50 split running and passing the ball last week. But the Texans own a below average passing attack (No. 25) while the Saints clock in at No. 8. If Vegas is to get out of the bayou with the dub, it’s going to need to rely on its passing attack more with the Saints more adept at containing the run.

It pains me to recommend this position since it goes against cashing my Offensive Rookie of the Year ticket on the Steelers QB1, but Kenny Pickett’s NFL debut has been a tough watch and I don’t expect it to get much better running up against one of the stingiest secondaries in the league. Making matters even worse is Darius Slay and Co. enter fully rested coming in off the bye. Though Pickett’s gone over his passing yards prop in every game finished to date, the Eagles are simply just another animal.

Philadelphia concedes an average of 188 yards per game (No. 5) and only 4.9 yards per pass attempt (No. 2). Pittsburgh’s team total clocks in at 16.5 with the full game total 43.5. With Pickett having issues throwing picks (7) and Philly owners of the best turnover differential in the league, it would behoove Mike Tomlin to make it a point to look to the ground as much as possible. The Eagles defense has been susceptible against the run with it allowing 4.8 yards per carry. Don’t be shocked when Najee Harris and Jaylen Warren have their numbers called a ton. Either way, this is a tough assignment for the rookie.