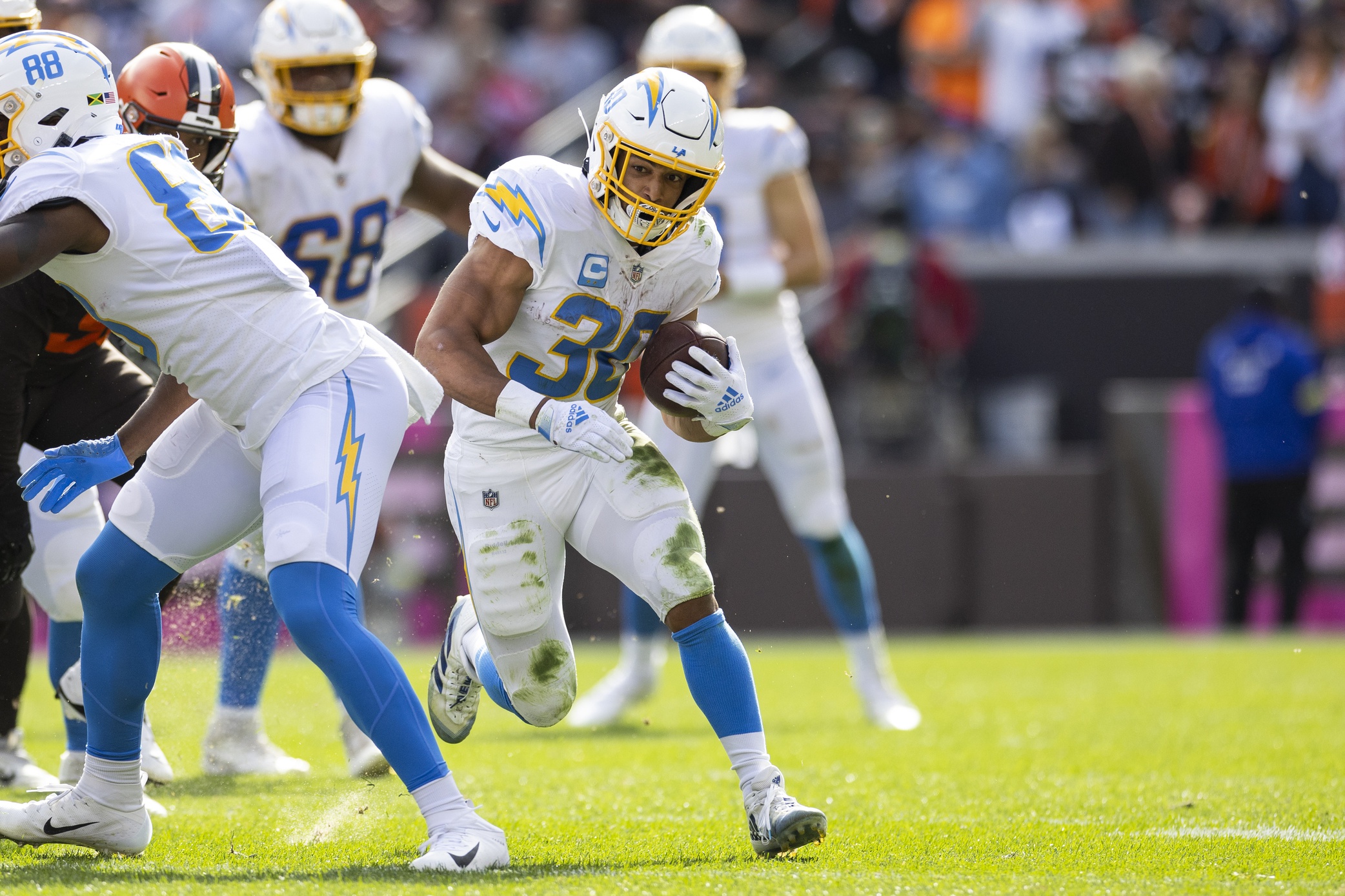 While it feels like the running back position went the way of the dinosaur in recent seasons, there are some young and exciting up and comers taking to the NFL gridiron every passing week of the 2022-23 NFL betting season. Youngsters like Breece Hall, Dameon Pierce, and Kenneth Walker III have already hooked their fantasy supporters up to this point of the season, and they’ll be looking to do even more damage this weekend.

I know player prop bettors are chomping at the bit to sink their teeth into this week’s action, so here’s some RB prop recommendations I’ll be laying my money down on at BetRivers Sportsbook in Week 7.

BetRivers is yet to post Ekeler’s R+R prop for the week, but I have to imagine it’s going to be in the 90 to 100 yard range as charitable the Seahawks defense has been to pass-catching running backs this season. Seattle’s allowed the sixth most receptions per game to the position (33), and served up a healthy 9.2 yards per reception which equates to the fifth most in the NFL.

Austin Ekeler has reeled in an average of 6.8 receptions per game which finds him on pace to go for 116+. He’s combined to average 154 rushing + receiving yards in his last two starts, and is the starting running back for a team with a 27.5 point implied total. In what figures to be a back and forth scorefest with the Seahawks, look for Ekeler to get his and rank out as one of the week’s highest scoring fantasy running backs.

No line is currently available for the King in this crucial AFC South rematch with the Indianapolis Colts. When these hated rivals collided back in Week 4, the Titans went into Lucas Oil Stadium and scored the 24-17 outright win and cover by getting out to a substantial 24-3 first half lead. Derrick Henry was the main catalyst for the Titz accruing a bulk of his 114 total rushing yards over the game’s first 30 minutes.

Tennessee would ultimately hold on for dear life to win the game with it going scoreless over the entirety of the second half with the Colts defense buckling down and limiting him to next to nothing. When it was said and done, Indy won the time of possession battle by nearly eight minutes. It figured something out in the 2H but simply just ran out of time.

I fully expect Frank Reich and his staff to go back to what worked in the second half to reel Henry in this time around. It also wouldn’t surprise me to see Tennessee abandon the running game should the Colts return the favor and get out to quick start. I’m hopeful linemakers read too much into the first showdown and hang a bloated number on the board. His rushing yards prop clocked in at 72.5 for the first meeting.

The Texans offense has been a tough watch through their first five games. Owners of the No. 30 ranked total offense while putting just over 17 points on the board per game (No. 26), it hasn’t been pretty. Even so, the rookie running back out of Florida has been able to make a name for himself by rushing for 412 yards and averaging 4.8 yards per carry.

Already with a 75-yard touchdown scamper to his credit, Dameon Pierce can and will hit a long one when given the chance.

And that’s just the thing. Vegas is one of the worst tackling teams in the league with it ranked No. 26 in that stat category. It’s going to get a steady diet of Pierce who ranks Top-3 in running back usage since taking the starting reins away from Rex Burkhead. He’s been exceptionally tough to tackle in logging the third most broken tackles in the league (14) ahead of guys like Derrick Henry (13) and Ezekiel Elliott (9).

Provided the Texans don’t fall behind quickly and Pierce is allotted 17-22 carries, I’m still confident the rookie surpasses this impost regardless of run defense being the one area Vegas’ stop unit has excelled in.