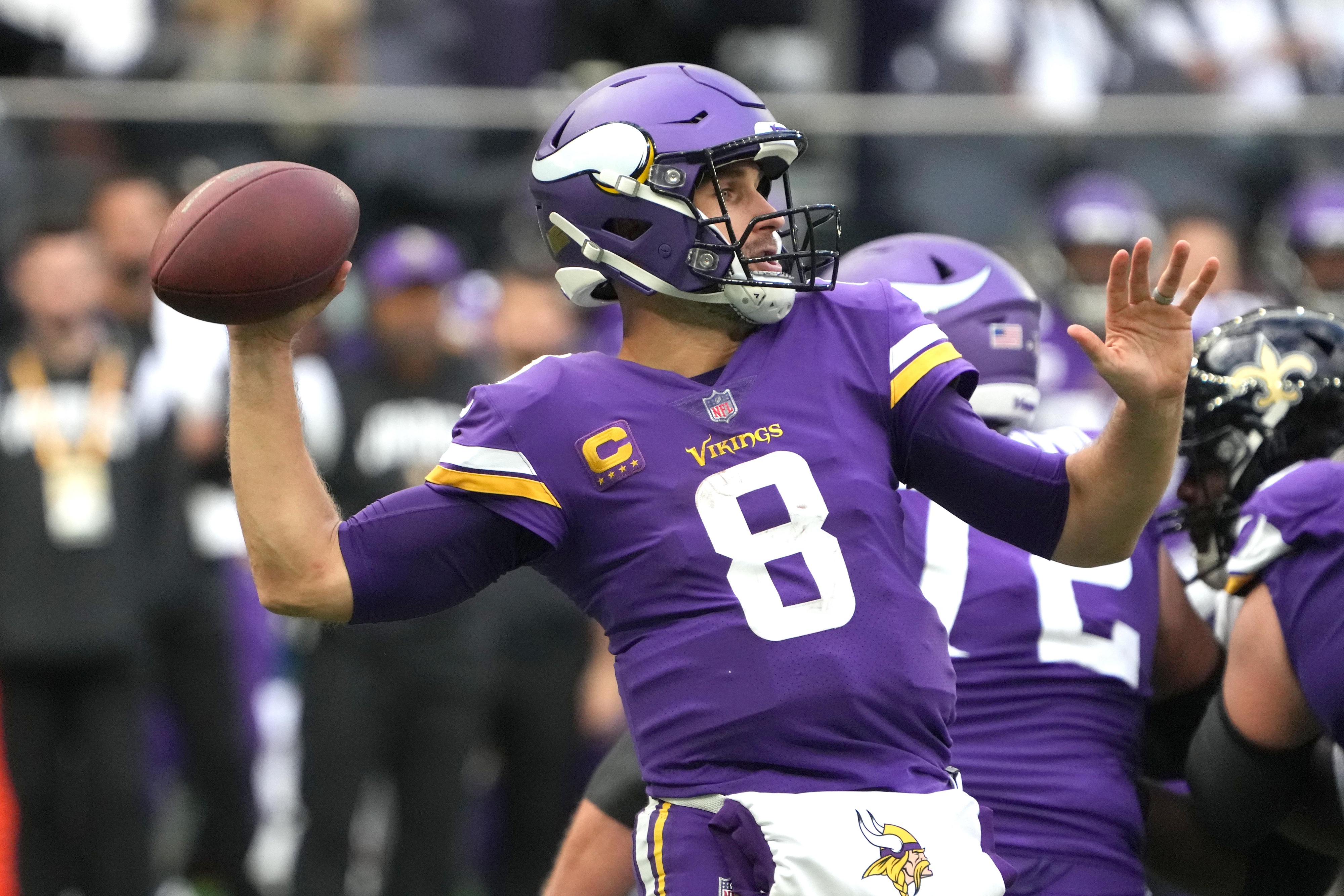 The NFL Market Movers Report ended up in the red for the first time all season in Week 4. Moves made on the Seattle Seahawks and Atlanta Falcons proved to be correct with the former winning outright in a barnburner against Detroit and the latter escaping the Browns whose end-game play-calling cost the team a dub. The Green Bay Packers were never in a position to cover and nearly lost to the Patriots in overtime. Winners included the Los Angeles Chargers over Houston and Arizona Cardinals over the Panthers.

Here’s to getting back in the black at BetRivers Sportsbook in Week 5!

Are the Chicago Bears really this bad? The Vikings just survived the Saints across the pond and got absolutely zero downtime to recover from the longest road trip of the season. Even so, the betting market wants absolutely nothing to do with Justin Fields and Co. who looked listless in a road loss to the Giants last week.

Gimme Da Bears with the NFL odds above the key number and this being a divisional rivalry!

Did we all forget that the Titans were 2-point home dogs to the Raiders two weeks ago? Did we forget about the bludgeoning Mike Vrabel’s troops absorbed at Buffalo? I didn’t! This number got as high as -3 before trickling back down.

Don’t waste your time with the points! Hit the Commandos on the $-Line and watch this false favorite go down in flames.

So the Jets go into Pittsburgh and pull off a miraculous comeback to shock the Steelers. Now they return home for a huge divisional clash with the Fins and NFL bettors want as much of Zach Wilson and Co. as possible? Miami just lost its quarterback as well as a huge AFC match against the Bengals last time out. They’ve had extra time to get Teddy Bridgewater up to snuff.

Mike McDaniel won’t allow this one to get away from him. Take the discount and thank your bookmaker!

Now here’s a line move I can get on board with! While the Lions have been one of the more entertaining teams in the league, it’s disparity on offense and defense is simply too much to ignore. It owns the No. 1 offense and No. 32 defense and that’s just bonkers!

Though New England has QB concerns, it won’t matter in the grand scheme of things with Damien Harris and Rhamondre Stevenson readily able to cut through the Lions No. 30 run defense like a warm knife through butter. This is also the Lions first trek to an outdoor venue. Jared’s “Gofful” outdoors!

Lay the chalk in what could be one of the more one-sided matches of the Week 5 slate.

Fresh off pasting the Rams in front of a nationally televised audience, NFL bettors can’t get enough of the 49ers laying chalk on the other end of the country. A whopping 81 percent of the bets and 73 percent of the money has forced the biggest line move of the week.

It makes sense though. Baker Mayfield is going to have his hands full dealing with the league’s No. 1 ranked defense, while the Panthers No. 25 ranked run defense allows San Fran to run it down their collective throat. Matt Rhule might be handed his walking papers when this one’s said and done.

The betting market isn’t buying into yet another Cardinals comeback win last week in Carolina. They are however jumping over one another to get a piece of the NFC leading Eagles who enter the week the only remaining undefeated in the league.

Analytically, these teams couldn’t be further apart. The Eagles are off the chart when it comes to DVOA on both sides of the ball, while the Cardinals are at the complete opposite end of the spectrum. Even so, the market has shown heavy resistance every time the number hits +5.5.

I’m not one to back the Cardinals at home where Kyler Murray and Co. have been terrible (0-7 SU & ATS L/7), but I think they make a game of it and piss everyone off that fades them with an onslaught of first half bets. Zona’s trailed at halftime by an average of 11.3 points to date even with the KC game out of the equation! Easy money laying the three, right?

The number sat +7 for a hot minute. It fell to +6.5 on Sunday night and then proceeded to fall as low as +4 while the Rams were getting their teeth kicked in by the 49ers Monday night.

I have no dog in this fight after loading up against the Rams on Monday night. What I do know is that the injury report should play a large role in how anyone plans to attack this game with both sides ailing. Gun to the head, I lay the points and expect Aaron Donald to get after the Cowboys backup.