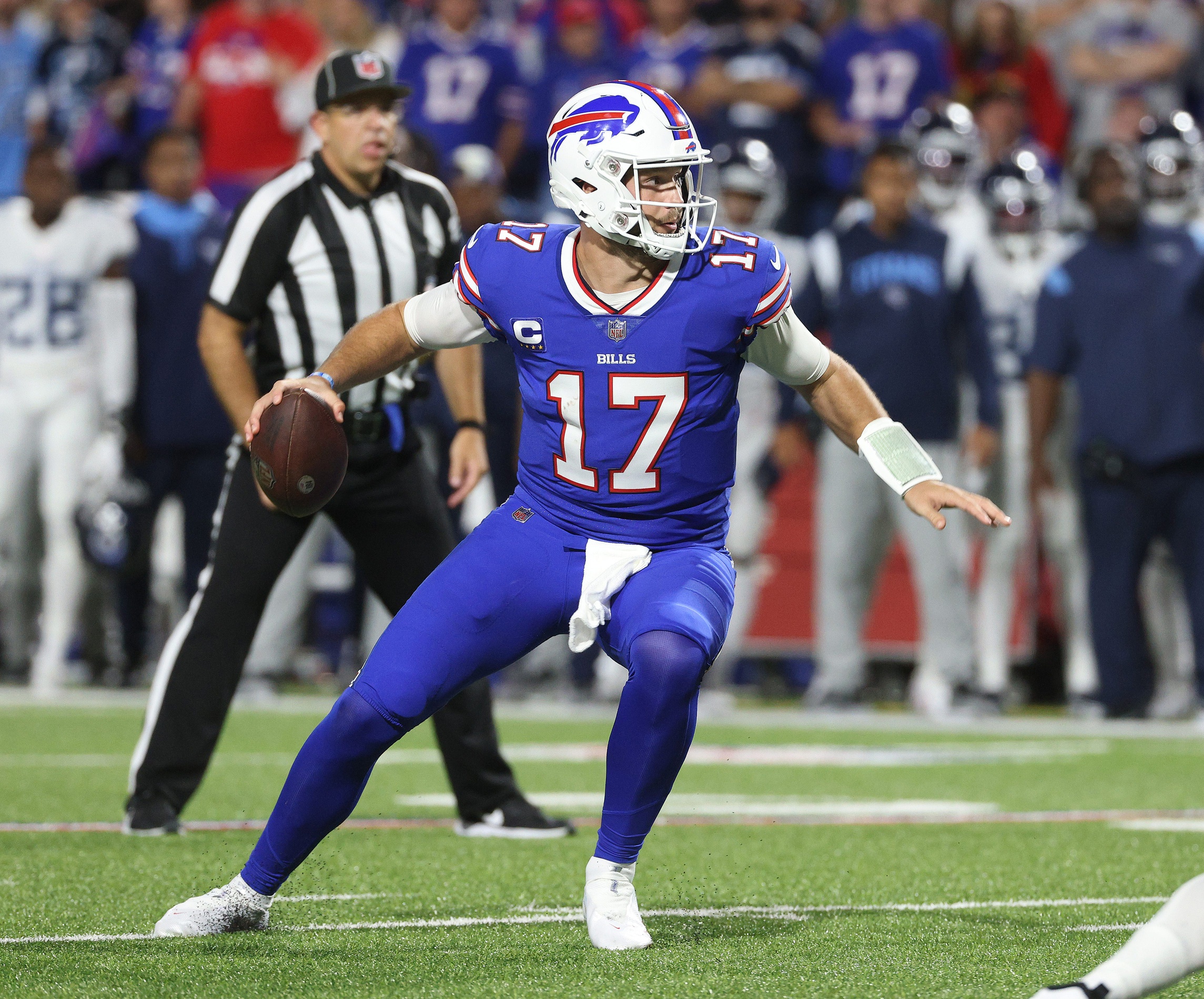 The Week 3 slate is an entertaining one as we continue through the young NFL season. Last week’s parlay was busted when the Ravens blew a 21-point fourth-quarter lead to the Dolphins. We’ll try to get back on track this weekend as we pinpoint three games.

On Sunday, we’ll see a heavyweight matchup between the Packers and Bucs, as well as a group of interesting divisional rivalries including 49ers-Broncos, Rams-Cardinals, and Chiefs-Colts. After seeing a number of two-score spreads over the first couple of weeks, they disappear this weekend.

BetMaker previews the upcoming schedule and keys in on a three-team parlay for Week 3.

The Bills have looked like football’s best team. Buffalo landed a second consecutive blowout win on Monday night, slaughtering the Titans, 41-7. Josh Allen is playing out of his mind at the moment, already having thrown seven touchdowns and rushed for another. His favorite target, Stefon Diggs, has hauled in 20 passes and four scores.

Making things more difficult, the Bills’ defense has only ceded 17 points on the season. They held Derrick Henry to just 25 rushing yards Monday night, and they found the endzone on a fourth-quarter pick-six. Buffalo is allowing less than 250 yards per game.

Miami has been productive on offense, and their three-score fourth-quarter comeback against Baltimore last weekend was impressive. But while the offense has shined behind Tua Tagovailoa and that receiving corps, the defense has struggled, allowing 382 yards a game. They couldn’t contain Lamar Jackson on Sunday, as he threw for 318 yards and ran for 119 more. Seeing another mobile quarterback will provide a tough task.

Look for the Bills to take advantage and land a third straight win to open the season.

The Ravens saw a two-score lead slip away in the fourth quarter thanks to some poor defensive play in the second half. After jumping out to a 28-7 lead, Baltimore allowed 35 points after halftime, including 28 in the fourth quarter alone. We don’t foresee another epic collapse like that happening again, especially against a New England offense that’s been putrid this year.

The Patriots have scored just 24 points this season, and they were lucky to leave Pittsburgh with a win on Sunday. Had it not been for a muffed punt inside the 10-yard line, New England might not have gotten that deciding score in a 17-14 win.

The Ravens have been clicking on offense, particularly Lamar Jackson, who’s leading the team in both rushing and passing through two weeks of play. So long as the defense can avoid allowing any more big plays over the top of the secondary, Baltimore should be able to get back on track with a win.

The Bears and Texans face off following surprising starts to the season. Houston nearly knocked off the Colts in Week 1, with the game ending in a 20-20 tie. They followed it up with a valiant effort against the Broncos, eventually losing 16-9.

The Bears, meanwhile, took down the 49ers in Week 1 and battled late with the Packers on Sunday night. A 21-point second-quarter explosion for Green Bay put Chicago behind the eight-ball, but they hung in into the final period. A controversial fourth-and-goal play ended the Bears’ chances, however. Justin Fields was stopped just shy of the goal line as he looked to pull his team within a score. The stop ended a comeback effort, and the Packers would tack on a late field goal to win, 27-10.

While both teams have looked better than expected against quality competition, neither offense has lit up the scoreboard. Both squads are averaging 14.5 points per game, with neither hitting the 300-yard mark.

Defense is where this game should be decided. Despite allowing just 18 points per game, Houston is allowing 450 yards per contest. Justin Fields is a capable quarterback when given an opportunity, but Chicago’s offensive coaching staff has to put some faith in him following Sunday’s outing where he threw it just 11 times. The Bears have a stronger defense, and that will be the key to a Chicago victory.