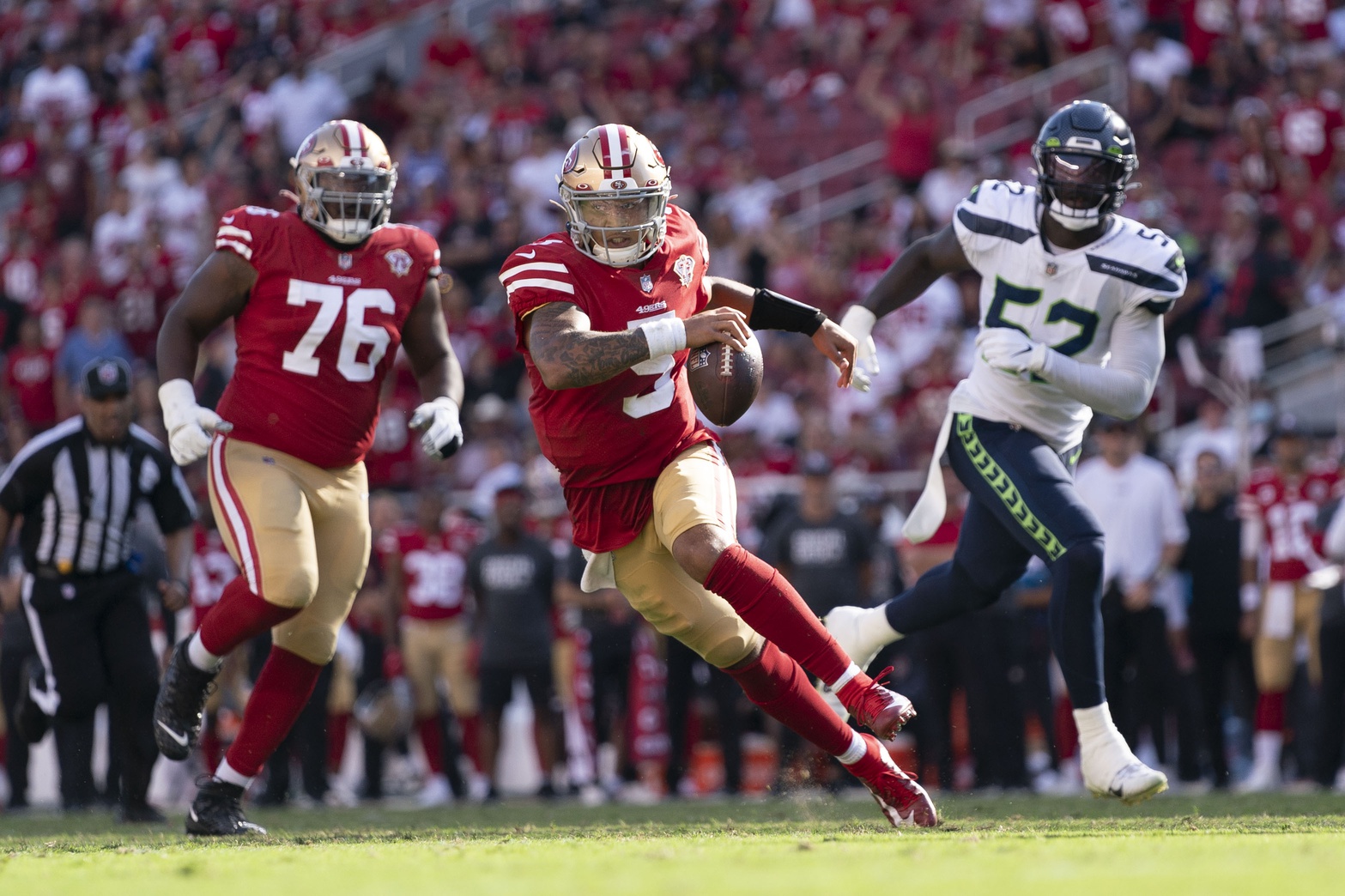 Week 1 in the NFL gave us some surprising results, which wound up absolutely crushing our first total picks. Washington and Jacksonville went off for 24 combined points in the fourth quarter after struggling for just 26 over the first three frames. The Commanders killed the under with less than two minutes left in play.

We also saw a defensive struggle in Dallas and an absolutely awful performance by Dak Prescott before he left with an injury. Tom Brady wasn’t his typical self, either, and the squads combined for just 22 points.

Finally, Aaron Rodgers was held to just seven points against a Vikings defense he’s dominated year after year. Last season, he led the offense to 68 points in two meetings with Minnesota. Sunday, he failed to throw a touchdown in a 16-point defeat.

We’ll look to get back on track this weekend with a trio of NFL games. BetMaker previews the Week 2 slate and gives three total predictions.

The Steelers will host the Patriots in Week 2 in a matchup of struggling offenses. The Steelers mustered just 23 points in an overtime win versus the Bengals, but only seven points came from the offensive unit. The defense landed a pick-six and kicker Chris Boswell knocked three field goals through the uprights. Pittsburgh totaled only 267 yards (75 rush, 192 pass).

The Steelers defense, though, racked up five turnovers against Joe Burrow and the Cincinnati offense. They’ll now face off with a Mac Jones led unit that totaled just seven points in a season-opening loss to the Dolphins. New England was held scoreless in the first half, and they barely outgained the Steelers’ putrid showing with 271 total yards. The Pats also turned the ball over three times in the game.

The total is low at just 40.5 points, but keep in mind that both of the teams’ previous contests ended regulation below that clip. It took the Steelers a full overtime period to finally eclipse the 40.5-point mark. This one should be low scoring given the quarterback play.

This game gives viewers another questionable quarterback matchup between Geno Smith and Trey Lance. But in this one, we expect the play to improve from Week 1 to Week 2. The 49ers looked bad in a season-opening defeat to the Bears, but that was in monsoon-like weather conditions. While Lance is still a bit of an unknown under center, he should be able to move the ball against Seattle given the playmakers on offense.

Speaking of that Seahawks defense, they were lucky to give up only 16 points to the Broncos in a Week 1 win. Seattle allowed 433 yards of offense and was aided by a pair of fumbles on the goal line. While the defense stood tall in the redzone, Denver moved the ball at will for a majority of the contest. Unfortunately, they had to settle for three short field goals, as well as those two lost fumbles on the one-yard line. If not for that luck, it could’ve been a completely different game.

On offense, Geno Smith has proven capable of leading the team. He got off to a hot start on Monday, getting 17 points in the first half. While the Seahawks were held scoreless in the second half, he should be able to give enough offense to push the over.

Look for offensive improvement on both sides in a game that eclipses the 42.5-point total.

Indianapolis Colts vs. Jacksonville Jaguars (OVER 46.5)

The Jaguars and Colts face off in a divisional battle between a pair of offenses that should be able to score. The Colts looked miserable for three-quarters of their season-opening tie against the Texans. Still, they got the offense going in the fourth quarter, erasing a 17-point deficit. Look for the unit to build on that performance against a shaky Jags defense.

That Jacksonville group allowed Carson Wentz and the Commanders to score 28 points in a Week 1 loss, surrendering two long touchdown passes in the final 10 minutes of action. The Colts’ offense should be even better, led by that potent ground game featuring Jonathan Taylor.

Indianapolis should win this game handily, and we’re hoping Jacksonville can contribute just enough to hit the over.