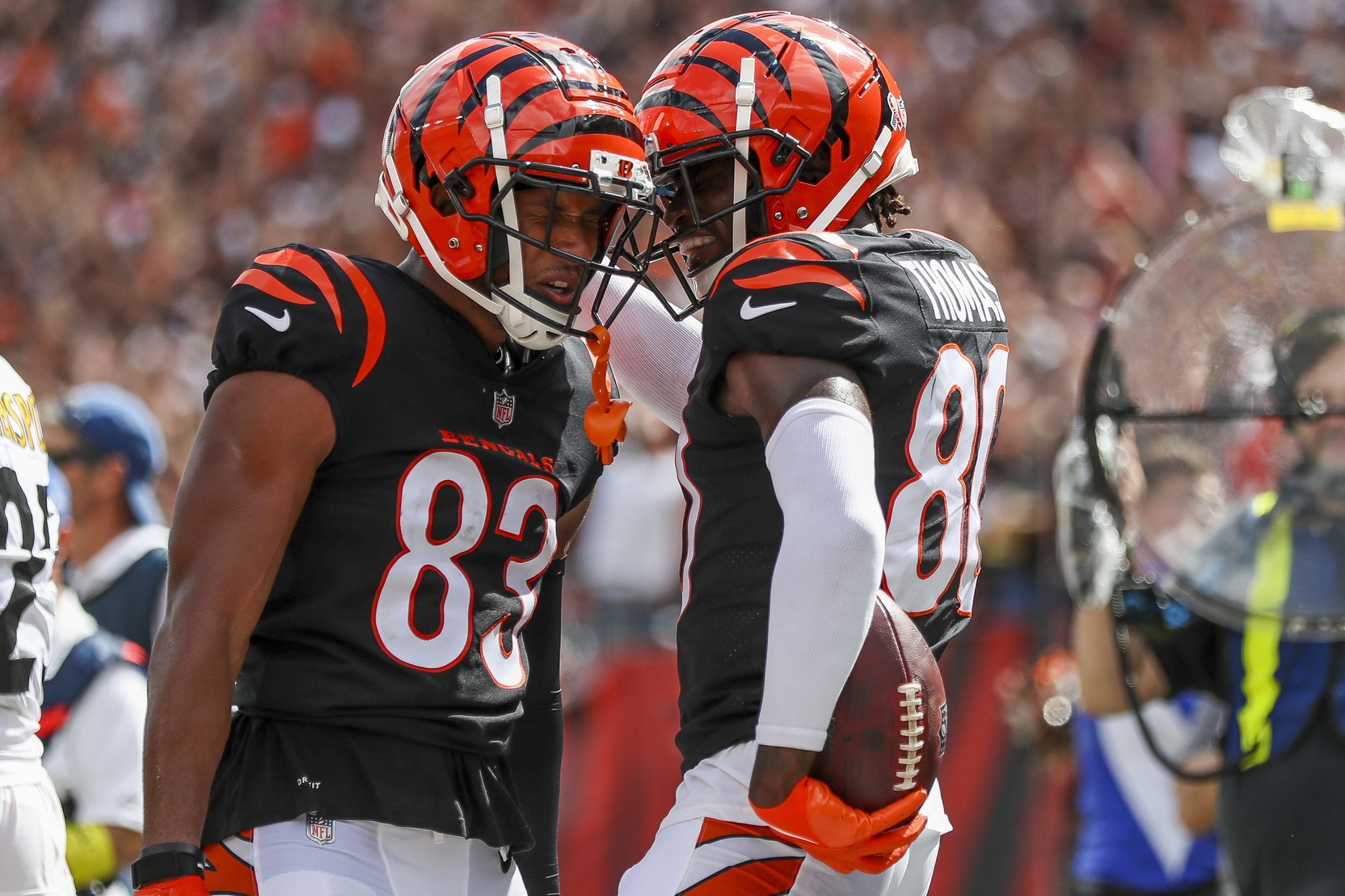 Week 1 of the NFL season was an absolute doozy. A deal of heavy favorites either lost or tied while eight games were decided by five points or less. That includes five games that came down to essentially the final play of the game.

It all culminated with a Denver loss in Russell Wilson’s return to Seattle. Before that, the Bengals, Titans, and 49ers each lost. The Colts tied the Texans. The Saints overcame a 16-point fourth-quarter deficit against Atlanta to win, 27-26. Each of those teams was favored by nearly a touchdown or more.

Of course, there were a few dominant performances, too. The Bills, Bucs, and Ravens stand out as potential Super Bowl contenders. The Dolphins also landed a lopsided victory over Bill Belichick and the Patriots. We could start to see some of these teams separating themselves, even more, this weekend.

Now, similar to last week, there are a plethora of large favorites, four of which reach double digits. Unlike Week 1, though, they all play at home.

The Bengals are coming off of a deflating loss to the Steelers where they played about as bad as humanly possible. Joe Burrow threw four picks and lost a fumble. The kicking team missed a game-winning field goal and had an extra point blocked. The defense was formidable against a bad Pittsburgh offense.

There’s no way they can play to that level again. And Dallas brings a fantastic opponent to get back on the right track. Starting quarterback Dak Prescott will not play, leaving the Bengals’ defense to feast on Cooper Rush.

Dallas mustered just three points last week with Prescott under center. Meanwhile, the defense was gashed by running back Leonard Fournette. Things won’t get any easier when facing Burrow and Joe Mixon in the backfield. With the spread at seven points, the six-point teaser drops this down to Cincy -1.

The Packers were embarrassed by the Vikings on Sunday, scoring just seven points in a 16-point loss. That won’t happen against Chicago. Aaron Rodgers owns the Bears, which is why the Packers are favored by 10 points to open the week.

Justin Fields might’ve landed an opening day win against San Francisco, but Chicago can’t bank on the weather conditions playing into the decision this weekend. Green Bay’s receiving corps has to step up, but another week of preparation will help them improve. And the Packers still have a dangerous duo in the running back room in Aaron Jones and AJ Dillon.

Rodgers improves to 23-5 against the Bears and the Pack covers the 4-point spread.

Houston travels to Denver this weekend as they look to post another surprising performance. The Texans nearly knocked off the Colts in Week 1 with the game ending in a 20-20 tie. Houston held a 20-3 lead as the two teams entered the fourth quarter, but they couldn’t hold on for a win.

Can they repeat that showing against the Broncos? No.

Russell Wilson is coming off an emotional loss against his former team, but it’s a game they really should’ve won. The Broncos fumbled two separate times on the goal line and they just missed a 64-yard field goal as time expired. Denver outgained the Seahawks by a total of 433 to 253, and the offense certainly showed flashes of excitement.

The fluky redzone turnovers won’t happen in Week 2 as the offense looks a bit cleaner against the Texans. And a defensive unit that didn’t allow a point in the second half of that loss to Seattle will continue to excel. With the 10-point line being teased down six points, it settles at -4 for the Broncos. Denver should be able to cover at home in a major get-back game against the Texans.