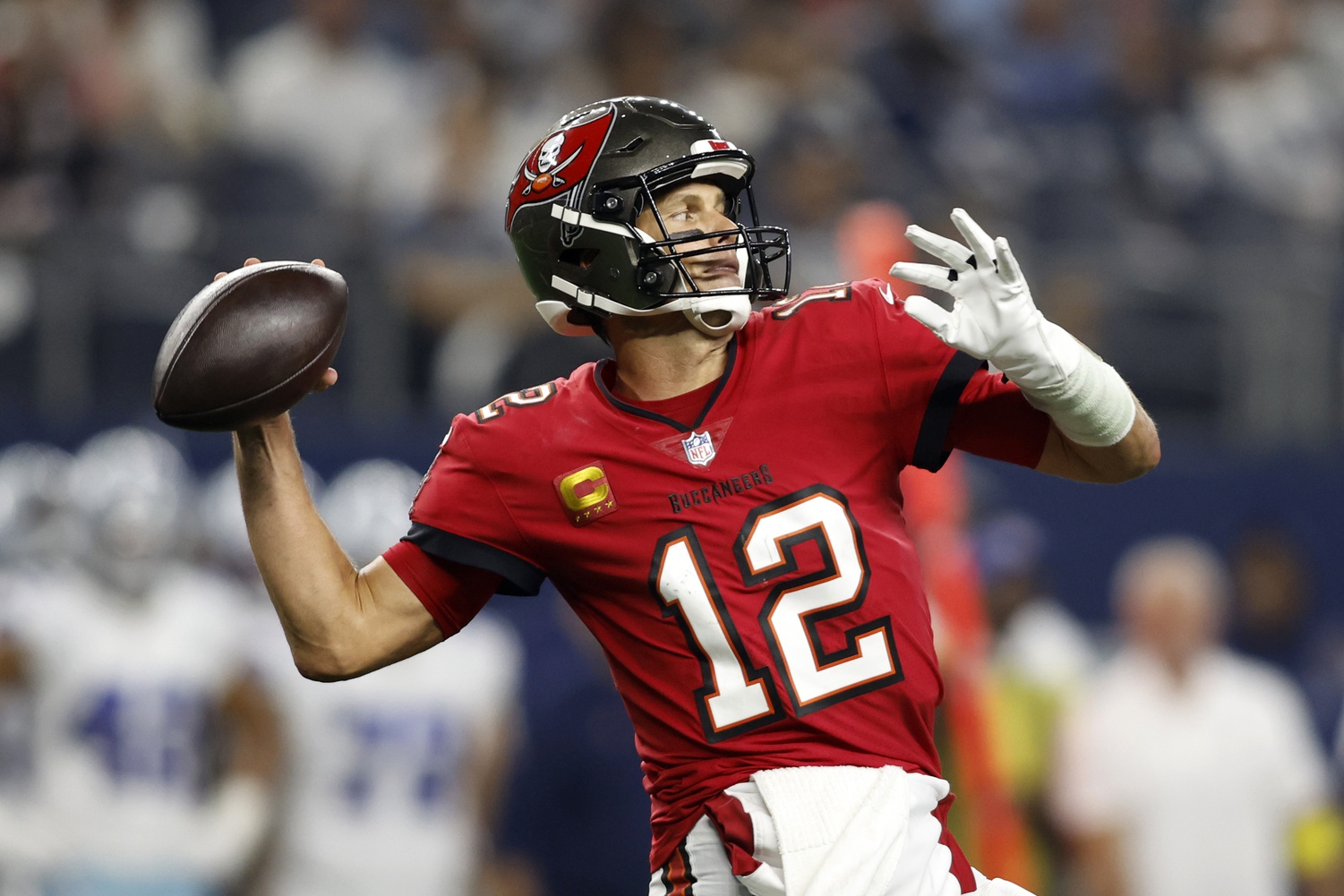 The opening week was a wild one that saw surprising upsets. As we mentioned heading into the weekend, there were a ton of huge road favorites. Those favorites didn’t fare well on the field, and many are limping into the coming matchups after suffering deflating defeats (or ties).

The Colts were a no-show against the Texans, the Bears upended the 49ers in a monsoon, the Titans lost to the Giants, and Russell Wilson fell in his return to Seattle. It also took a fourth-quarter miracle for the Saints to pull out a one-point win in Atlanta. Each of those teams were favored by 5.5 points or more. Each failed to cover, and only one landed an outright win.

The same is true of the Bengals, who looked awful on offense against the Steelers. And they were playing at home. Joe Burrow turned the ball over five times, the kicking unit had a game-winning extra point blocked, and Cincy missed a field goal in a 23-20 overtime loss.

For those reasons, our previous parlay and teaser picks were shot, though we finished strong with wins on Sunday and Monday night. We’ll hope that momentum continues into a big Week 2. BetMaker previews the upcoming matchups and gives a three-team parlay pick.

The Bucs looked dominant in Dallas, and that’s with Tom Brady and the passing game struggling a bit. That Tampa defense held a high-powered Cowboys unit to just three points, which came on the opening drive.

Brady was okay in his 2022 debut, going 18-27 with 212 yards and a score. He also threw a second-half interception. Luckily, the run game shouldered the load. Leonard Fournette rushed for 127 yards on 27 carries. They’ll now face a New Orleans defense that was gashed by the run in its opener against Atlanta.

The Falcons rushed for over 200 yards in Week 1 while racking up 416 total yards of offense. The backfield duo of Marcus Mariota and Cordarelle Patterson looked dominant, which could spell trouble when facing a very capable Bucs offense.

Making things worse, starting quarterback Jameis Winston still looks banged up, meaning we could see a bit more from Taysom Hill, who rushed for a team-high 81 yards in Week 1. It’s worth noting that Brady has struggled against the Saints of late, losing all four meetings as a Buc and posting a 6:8 TD to INT ratio.

Still, we’ll bank on the Bucs to land a road win as the defense puts on another dominant showing.

The Dolphins and Ravens both started the season with impressive wins. Miami knocked off the division rival Patriots, 20-7, holding Mac Jones and the New England offense in check throughout the game. Baltimore landed a two-score victory over the Zach Wilson-less Jets, winning 24-9.

With each squad getting off to a good start, the line in this meeting starts at -3.5 for the home team. And we’re high on Baltimore this season. Lamar Jackson is looking to earn that contract extension he’s been asking for from the Ravens, and he’ll use this season performance as leverage for some guaranteed money.

Jackson looked good in Week 1, throwing for three touchdowns. He spread the ball nicely with a trio of receivers recording 50+ yards. And while the Dolphins notched 20 points on the scoreboard in their opener, 13 came from the defense and special teams units.

Look for Baltimore to use that dangerous run game to lean on the Miami defense and leave with a home win in Week 2.

The Panthers and Giants face off coming off of two very different results in Week 1. New York is riding high after landing a one-point win over Tennessee. The Titans missed a game-winning field goal as time expired to secure the New York victory.

We’re looking for a rebound performance from Mayfield and Co. this week. Even without Deshaun Watson under center, the Browns boast a strong offense. The rushing attack wore on the defense, going off for 217 yards.

The Giants did get a huge performance from Saquon Barkley in Week 1, so the Panthers will need to shore those defensive issues up, but we have little faith in Daniel Jones as a passer. This should be another close game for both teams, but we’ll take Carolina to cover.