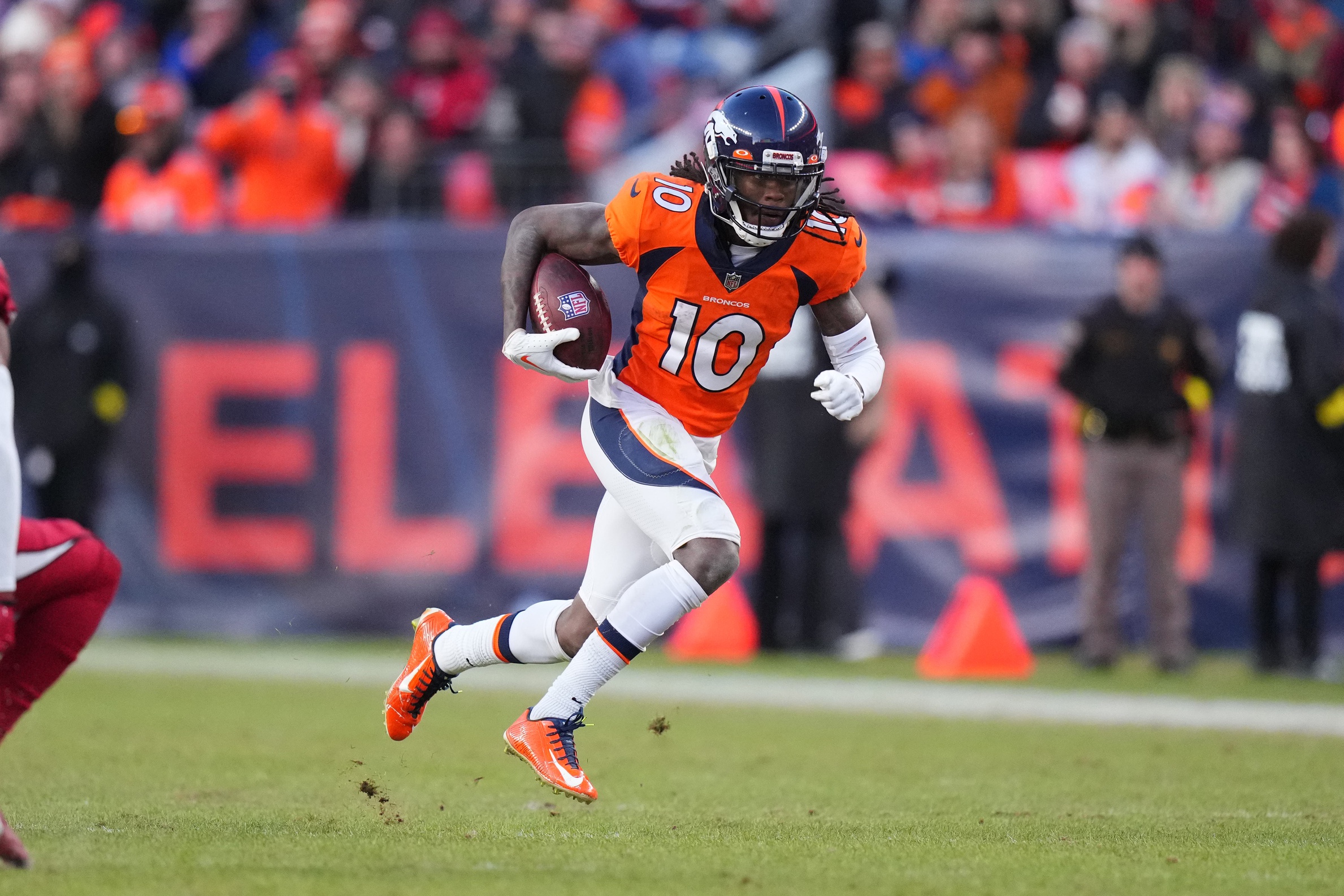 We came an injury to Christian Watson away from sweeping the board with our wide receiver props last week! D.K. Metcalf managed to just barely go over his 6.5 receptions prop even though the big man had six in the bag at halftime. Jahan Dotson went over his receiving yards prop early in the second quarter and went on to double his impost come the game’s conclusion. Watson had 49 yards before leaving late in the second quarter with the hip injury. I can’t begin to relay how pissed I was when it was announced he would miss the rest of the game coming out of halftime! In all we ended up 2-1 and made a small profit at PointsBet Sportsbook. I’m not doing this for small profits though so let’s go hunting for some steak dinners all around with Week 17’s wide receiver props!

I can’t believe Ron Rivera is that desperate to log a win that he’s decided to bench Taylor Heinicke in favor of Carson Wentz. Washington did absolutely nothing under his watch earlier in the season before getting injured, and I don’t foresee him getting much of anything done reclaiming his QB1 status. This is a major lateral move being made by the franchise, and it’s ultimately going to cost a bunch of people their jobs come the season’s end!

You know who probably can’t believe it either? None other than the team’s premiere pass catcher that comes in the form of Terry McLaurin. For one reason or another, Wentz avoided him like the plague the six games the duo worked together evidenced by the Commanders stud WR1 owning a 13.8 percent targets per route run the first six weeks of the season. Jahan Dotson and Curtis Samuel were Wentz’s go to targets back then. Cleveland also sports one of the worst run defenses in the league (No. 25) which means Washington’s running game will get a ton of burn in this one. This is an estimated target with McLaurin’s receiving yards prop not on the board at the time of this writing.

Though Courtland Sutton was the Denver pass catcher I targeted in season-long fantasy drafts at the outset of the season, I’ve still loved what I’ve seen from Jerry Jeudy since returning to the Broncos huddle back in Week 13. Since then, the former Alabama Crimson Tide wide receiver has turned 25 catches into 331 yards and three touchdowns. All three of those end zone penetrations just so happened to come against this same Kansas City defense back in Week 14!

The Chiefs are still surrendering a league-worst 2.1 touchdowns per game last I checked, and still sport the league’s No. 22 ranked pass DVOA. As bad Denver has been this season, it still played KC tough in that first showdown and had an opportunity to win the game battling back from a 27-0 deficit. One of Russell Wilson’s best showings as a Bronco occurred against the Chiefs defense. Jeudy recently spoke out in support of the Broncos struggling QB1. That should afford him some brownie points on Sunday which should find a few extra targets go his way. Jeudy’s official receiving yards prop wasn’t posted at the time of this writing, so this is an estimated target as well - I’m good up to 69.5!

I’ve already thrown out recommendations to hit Desmond Ridder and Tyler Allgeier over their player props, so we’re bringing it all together and betting on Drake London to show out to close the parlay. Atlanta isn’t one to look to the air often. In fact, only the Chicago Bears average fewer pass attempts per game. But since Ridder took over the QB1 reins, the Falcons have started throwing the ball more and succeeded in moving the ball down the field via the pass. Over the last three weeks, the Falcons have averaged nearly four more pass attempts per game than its 23.9 seasonal average.

London has been the primary benefactor of the uptick in passing since Atlanta returned from its Week 14 bye. During that stretch, the former USC Trojan has been targeted 20 times and turned those looks into 14 receptions and 166 total yards. He’s exceeded this impost in each of his last three starts averaging 87.0 yards per game. With Arizona’s porous run D having all sorts of issues impeding the Falcons ground attack, I expect London to bust out with his biggest showing of the season and possibly surpass this impost on a single catch!