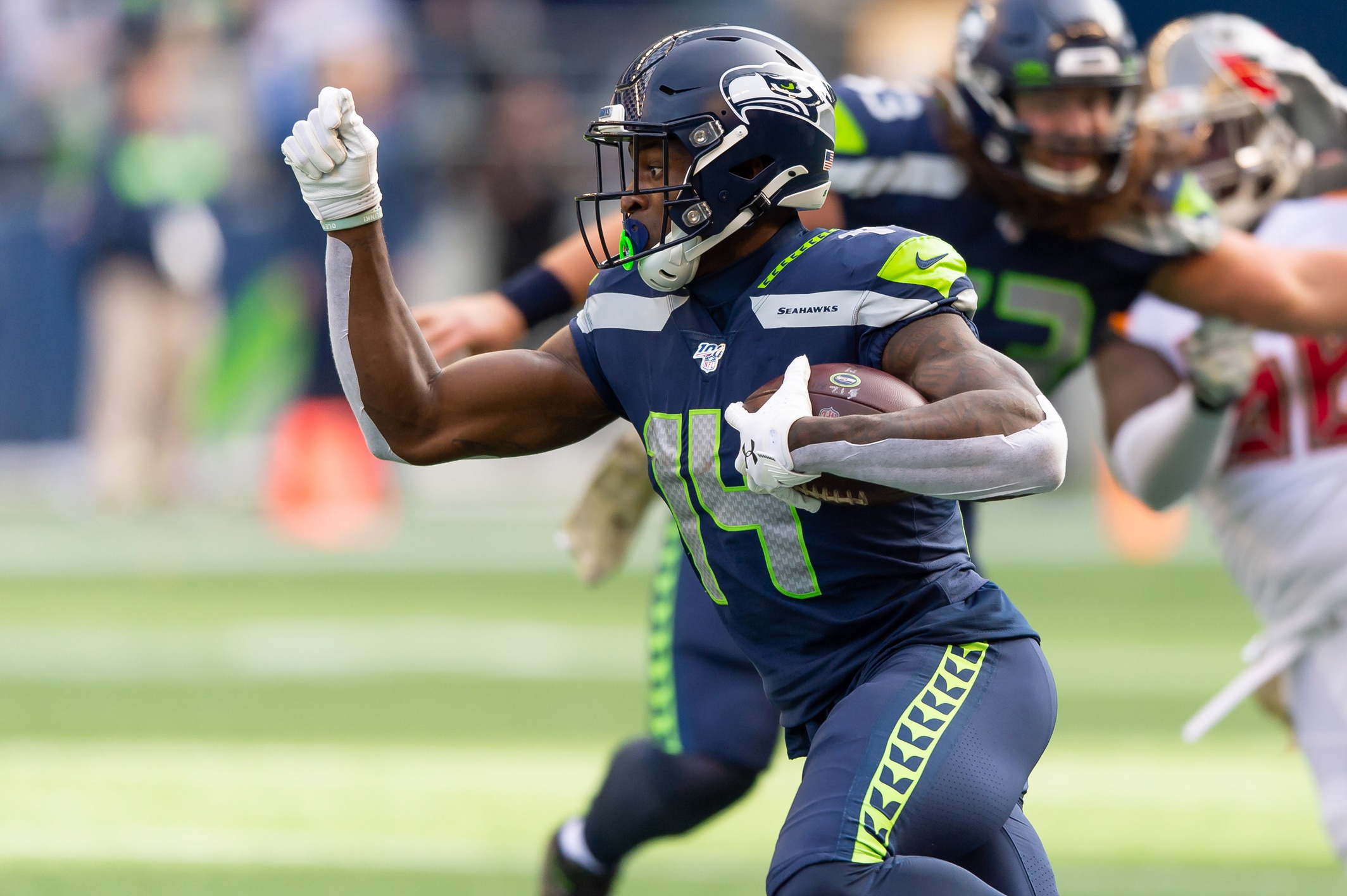 Michael Pittman Jr. was targeted 14 times in last week’s sickening 39-36 OT loss to the Minnesota Vikings. He caught 10 of those passes to easily surpass his 5.5 reception prop, but failed to exceed 65.5 receiving yards – are you kidding me?! We hit the over of both Mike Williams and Elijah Moore’s receiving yards props, but neither reeled in any extra cheddar by scoring anytime touchdowns. In all, we ended up juicing out at PointsBet Sportsbook with a 3-3 overall record. Here’s to getting back to adding to the bottom line with my Week 16 installment of wide receiver props.

Tyler Lockett couldn’t have gotten injured at a worse time for the Seahawks. However, it couldn’t have come at a better time for player prop bettors with D.K. Metcalf now expected to be Geno Smith’s priority target in this week’s run-in with a beatable Chiefs secondary. While Marquise Goodwin and Noah Fant could eat into his allotment, each player is listed as questionable for this tilt. That leads me to believe No. 14 will be very busy whenever Seattle holds possession of the pigskin.

Kansas City has been much tougher on opposing ground games (No. 5) than opposing aerial attacks (No. 22). It’s served up over 227 yards per game through the air to rank No. 25 in pass DVOA. Conceding a 65.4 percent catch rate for the season, attacking Kansas City’s pass defense is the best way for Seattle’s offense to keep up in what’s expected to be one of the higher scoring affairs of the Week 16 slate. With limited options to get the ball to, I firmly expect Metcalf to show out and exceed this impost for the fourth time in the last five weeks.

Sticking to my correlated theory in attacking player props this week; I’m riding Taylor Heinicke and fading Brian Robinson Jr. in this crucial matchup set to go down in Silicon Valley. Naturally, I’m expecting at least one if not two of the Commanders pass catchers to pop off this week. Though Terry McLaurin is undoubtedly the offense’s alpha, him lining up out wide more often than not plays into the strength of the 49ers pass defense. It’s the slot that San Fran has had issues with to date.

As such, I’m hitching my wagon to Jahan Dotson who’s looked great each of the last two weeks since returning from injury going for 54 and 105 yards against the Giants Swiss cheese secondary. While the Niners present a much stiffer challenge, it’s been very beatable in the slot and Dotson’s receiving yards prop is on par with that of Curtis Samuel’s (29.5). With the Niners likely to make more of a concerted effort to shut McLaurin and Samuel down, it could seriously take just one shot downfield for Dotson to exceed this impost. That’s a bet I’m willing to make!

Is there a better spot to bank on a Christian Watson explosion than in Week 16 against an exploitable Miami Dolphins secondary? I’ve already gone out on a limb and stated Aaron Rodgers will churn out his first 300+ passing yards performance of the season in this week’s installment of QB props, so it only goes to reason that one of his pass catchers will go HAM along with him. Though Romeo Doubs returned to the huddle last week, he was only utilized when the Packers went with three wide receiver sets.

On the flipside, Watson was always on the field and still garnered six targets with Rodgers only throwing a total of 30 passes. More importantly, Watson was targeted on three of four red zone targets and received the only end zone target. That utilization type gets me excited enough to buy into another huge game being churned out running up against a Dolphins secondary that’s served up 292 yards (No. 27) and 2.3 touchdowns per game over the last three weeks. While each of those games took place on the road, a desperate Green Bay offense won’t let Miami off the hook in what’s expected to be one of the highest scoring games on the Week 16 slate.