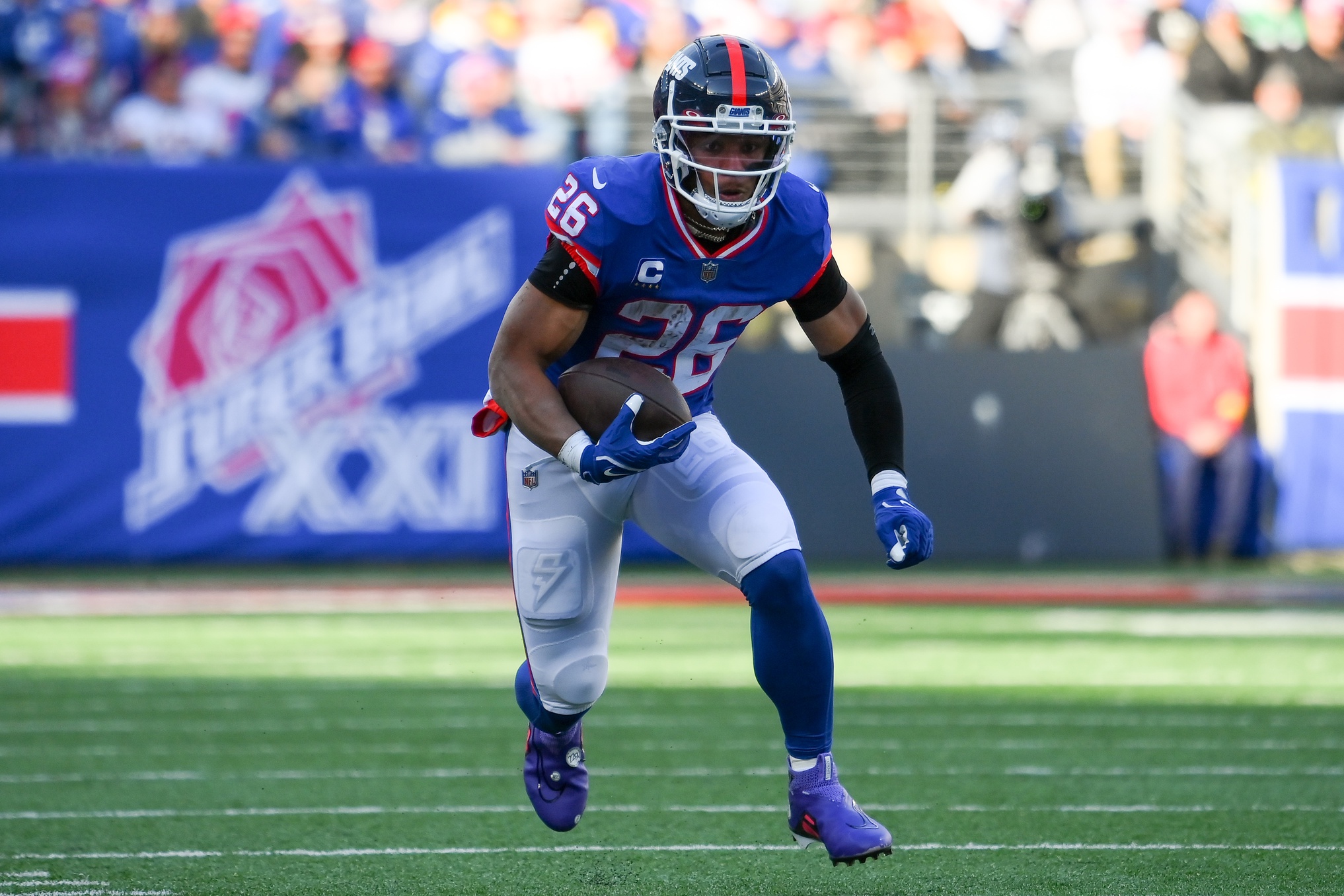 A week removed from taking a bagel we bounced back nicely by cashing all three running back props with relative ease. Isiah Pacheco went over his rushing prop by 20 yards even though Jerick McKinnon proved to be the Chiefs ball carrier to back in last week’s surprisingly close affair with the Texans. Gus Edwards went over his laughable 36.5-yard impost with ease even while playing a complementary role to J.K. Dobbins. We faded the red hot Zonovan Knight and did so successfully after the Detroit Lions and their rejuvenated run defense shut him down to the tune of 23 yards on 13 carries. The excellent showing allowed for us to add to the bottom line at BetRivers Sportsbook and I’ll attempt to mimic the feat with this week’s trio of running back props targeted for Week 16.

This is a huge game for the New York Football Giants! They must win in order to hold onto their placement in the NFC pecking order. Currently, Brian Daboll’s troops hold the sixth seed after going into Washington and scoring the 20-12 win over the Commandos. The triumph was accrued mostly due to Saquon Barkley who once again looked like the RB1 many a fantasy footballer drafted him before the season kicked off after combining for 120 yards and a touchdown. He looked to once again have that spring in his step, and that’s something NY will most definitely ride as it fights for its playoff lives.

He gets a great matchup in Week 16 running up against a Vikings defense ranked No. 18 against the run that serves up better than 120 yards per game. On top of that, only the Raiders, Chiefs, Jaguars, Seahawks, Dolphins, and Colts give up more receiving yards to the position. This has another 100+ yard combined effort written all over it in a game that could play out to a back and forth affair. It’s fantasy playoffs time and Saquon knows it – look for another HAM effort from No. 26!

On the other side of the coin, the Minnesota Vikings are still in the running for the NFC’s top overall seed. While it would likely take a miracle to pull it off, the path is there with Philly squaring off against Dallas and Jalen Hurts ailing. Dalvin Cook played a huge role in last week’s historic comeback win against the Indianapolis Colts combining for 190 yards and a score with half of those yards coming on the ground, and I could see him going off in this spot as well running up against the weak link of the Giants defense.

New York enters this tilt ranked No. 30 against the run in allowing over 150 yards per game and a league-worst 5.4 yards per carry. It just served up 89 yards to Brian Robinson Jr. which has seen the opponent’s primary ball carrier go for at least that amount in the last four games. It also conceded at least one run of 19+ yards in three of those four matchups. Cook is an excelled specimen that should eat in this smash spot regardless of the GMEN fighting for their playoff lives.

I’m calling out the Commanders’ rookie in the team’s biggest game of the season. If he burns me, so be it – I don’t see it happening! After running up against the Giants porous run defense over his last two starts, this week’s run-in with the 49ers elite run defense is certain to be a much stiffer test. Brian Robinson Jr. combined for 185 yards on 33 carries to average 5.6 yards per carry, yet linemakers at BetRivers don’t even forecast him going for 50.

Makes sense considering San Francisco enters Week 16 giving up a paltry 74.7 yards per game and just 3.4 yards per carry. Both outputs have Nick Bosa and his cohorts ranked No. 1 in the NFL. The key to Washington winning this game won’t come on the ground, but instead through the air. I’ve already planted my flag on Taylor Heinicke with this week’s installment of QB props, but strongly suggest fading Commanders ball carriers at all costs; especially after San Fran allowed an average of just 36.5 yards per game against the last four primary ball carriers it ran up against.